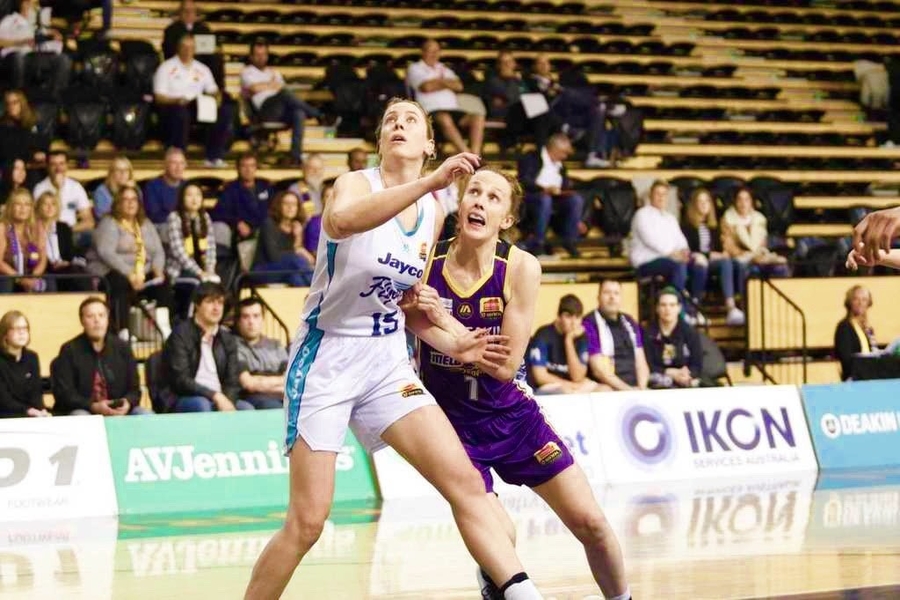 ALL eyes could turn to a packed out State Basketball Centre on Monday night when the two undefeated sides, Melbourne Boomers and Southside Flyers go head-to-head for the first time in Round 4 of the Women’s National Basketball League (WNBL). The Flyers still have to get past Bendigo Spirit the day before, but providing they can win, it sets up a tantalising match-up.

Playing off for the first time this season, the Spirit are hoping to bounce back from their third loss of the season, coming up against third placed Adelaide Lightning who have found some form with back-to-back wins in the past two rounds. The Lightning are poised if one of the top two Victorian teams slips up, especially after the UC Capitals dropped both games last round. For Bendigo, they have just one win from their first four games and will be keen to get one-up on the Lightning and keep in touch with the top few sides. Last time these sides met was last season in January, with Nia Coffey dropping 37 points, 12 rebounds, four assists and two blocks on the Spirit as the Lightning ran our 11-point winners. On that day, the now Perth Lynx forward Nadeen Payne was Bendigo’s best with 21 points, four rebounds and an assist. In season 2019, Lauren Nicholson has been the prolific scorer for the Lightning, averaging 18.8 points, while Brianna Turner has been arguably Adelaide’s best player to-date with nine rebounds to accompany her 15.3 points, as well as an assist, block and steal per game. For the Spirit, Marte Grays has been a terrific addition to the side this season, with the American averaging 15.8 points, 4.0 rebounds, 4.3 assists and 1.3 steals. Carley Ernst has also been prolific with 10.3 points, 9.5 rebounds and 2.8 assists, while Kelly Wilson has been the playmaker with 10.3 points, 3.5 rebounds and 7.5 assists. Adelaide go into this game as favourites, but Bendigo will be keen to upset the Lightning in front of the Spirit faithful.

The reigning premiers, University of Canberra (UC) Capitals do not have to look too far back for motivation against their NSW/ACT rivals, suffering a shock loss to last year’s wooden spooners last round despite being undefeated heading into the weekend. The Capitals also dropped a game to the undefeated Boomers in an un-Capitals like performance, going down by 35 points. The Flames on the other hand finally found form with the win after three consecutive losses, ensuring they moved off the bottom to leapfrog Townsville Fire and remain just percentage out of the top four. Given UC’s heavy loss to the Boomers, a win to the Flames by three points or more would see them move past the highly fancied Capitals. The Capitals are unlikely to have a worse weekend any time soon, with Kia Nurse, Keely Froling, Kelsey Griffin and Olivia Epoupa providing a really strong top four. Nurse, Froling and Griffin all average 16.8 points or more, with Griffin also averaging a double-double with 12.3 rebounds, while Froling (7.3 rebounds) has been a great help off the boards. For the Flames, Colleen Planeta has been busy since crossing from the Lightning, averaging 15.3 points, 8.3 rebounds and 1.8 blocks. Alice Kunek (18.0 points, 4.3 rebounds and 4.0 assists) and Lauren Scherf (6.8 points, 10.0 rebounds, 2.3 assists and 1.0 steal) have also provided great coverage and support across the court. The Capitals deservedly go in as favourites despite last weekend’s results. While the Flames will hope to make history repeat itself, the Capitals will be keen to repay the favour bestowed upon them in Round 3, with a return victory at home.

Two sides that are yet to play each other in the calendar year are the Perth Lynx and Townsville Fire. You have to go back to December 14 last year for the last time these sides met, when Townsville upset the Lynx by 25 points at home. It came after Perth won the first two encounters, at home and away by 10 and eight points respectively. Both teams usually put in a close contest aside from the last outing, and expect plenty to be on the line with the sides in poor form of late. The Lynx have dropped their past three matches of the season, only lessened by the Fire who are the only side yet to put up a win from four encounters. Considering they have dropped all their games to-date, the Fire have maintained relative competitiveness, while the Lynx have been incredibly unlucky, with an overtime loss against the Lightning in Round 3 a perfect example. Alison Schwagmeyer is having some sort of season this year, with 18.5 points, 7.8 rebounds and 2.8 assists per game, while Payne (16.0 points, 4.0 rebounds) and Imani McGee-Stafford (14.7 points, 8.7 rebounds, 2.0 assists and 2.3 blocks) have been superb for the Lynx as well. Last week, Katie-Rae Ebzery stepped up to bring her points average into double figures, now averaging 13.5 points, but crucially, 7.8 assists and 4.3 rebounds as the key playmaker for Perth. The Fire have been led by Abby Bishop who has averaged 18.7 points, 9.0 rebounds, 2.3 assists and 2.0 steals per game, while Tess Madgen (12.8 points, 5.3 rebounds), Bridget Carleton (11.5 points, 5.0 rebounds) and Darcee Garbin (11.3 points, 6.8 rebounds and 2.5 steals) have also provided support across the court. Perth would see this game as an absolute must-win at home against the last placed, winless Fire, but Townsville will also see this match as an opportunity to pounce against a side that has dropped off a tad in the past two rounds.

Whilst the previous head-to-head had a 10-month gap between games, Southside played Bendigo just last round and will be hoping to double the dose this weekend with a second home match. These sides faced off at this very venue in Dandenong, with the Flyers getting up by eight points. While the result will be fresh in supporters’ minds, it was the likes of Sara Blicavs (23 points, two rebounds and two steals), Mercedes Russell (18 points, 11 rebounds) and Leilani Mitchell (13 points, five rebounds and seven assists) who applied the pressure to the Spirit. Grays was superb in a losing side with 22 points and nine rebounds, while Tessa Lavey helped herself to 17 points, four rebounds and seven assists in arguably her best game to-date. Gabrielle Richards (14 points, five rebounds) was also important, while Wilson was quiet on the points front with just seven, though she had six assists and three rebounds. Southside is living up to its name, flying into season 2019/20 with four straight wins to open the season. Russell has been a superb inclusion to the side, averaging 15.8 points and 10.3 rebounds, while Mitchell (UC Capitals) was another one who has stepped into the side with ease, averaging 14.8 points, 5.0 points and 7.8 assists, as well as almost two steals per game. Jenna O’Hea (16.5 points, 5.8 rebounds, 5.8 assists and 3.5 steals) has had a remarkable start to the season, while Rebecca Cole and Blicavs have also averaged 13.8 points per game in what has been as good of a start to the season as the Flyers would have hoped from their starting five. Expect the Flyers to win this game, but they would not want to hand the Spirit any momentum because Bendigo fought back right into the contest last weekend.

The first WNBL Monday night fixture of the season could not be more highly anticipated with two Victorian clubs likely to head into the clash undefeated at the top-of-the-table. Both teams are currently 4-0 heading into Round 4, with the Flyers taking on the Spirit a day before this clash to try and leapfrog the Boomers – at least temporarily – into top spot. Melbourne’s points difference this season has been remarkable, with plus-63 compared to its opponents, making Southside’s plus-34 look somewhat inadequate. However the Flyers have got the job done each and every time, including against high quality opponents. Now they take on the benchmark in the competition, with arguably the strongest starting fives in the competition going head-to-head. While we mentioned above about Russell, Mitchell, O’Hea, Cole and Blicavs having an impact thus far in season 2019/20, the Boomers’ starting five have also all averaged double-figure points this season. Lindsay Allen has led the way with 19.8 points, 5.0 rebounds and 6.0 assists, while Cayla George is averaging a double-double courtesy of her 16 points and 10 rebounds per game. Ezi Magbegor (11.5 points, 4.3 rebounds), Sophie Cunningham (11.0 points, 4.3 rebounds and 3.0 assists) and Madeleine Garrick (11.0 points, 3.0 rebounds, 3.0 assists and 1.5 steals) have all been impressive. The head-to-head clashes in this game are exciting with a great mix of youth, experience and international talent on show and the game is not to be missed. The Boomers look likely to start favourites, but Southside has been building nicely this season and will be keen to get one-up on the ladder leaders.