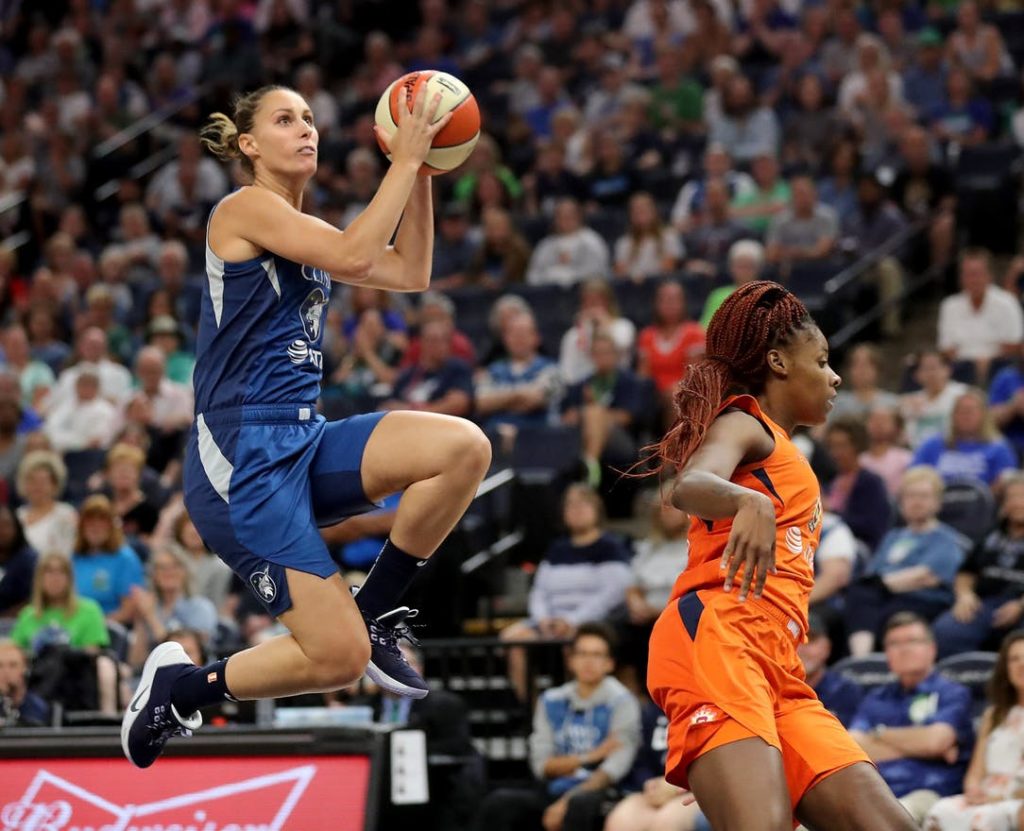 ADELAIDE Lightning’s Stephanie Talbot will join a new-look New York Liberty outfit which overhauled its list in the 2020 WNBA Draft on Friday. The Australian Opal was part of a mid-draft trade that saw Talbot pack her bags from Minnesota to join fellow Opal, Bec Allen in exchange for Erica Ogwumike who was drafted at pick #26 in the draft by the Liberty. Ogwumike is the third sister to join the WNBA ranks, joining Los Angelas Sparkes duo, Nneka and Chiney.

Talbot is joining her third club after initially being drafted by the Phoenix Mercury in the 2014 draft as a 19-year-old, but remained in Australia playing for the University of Canberra Capitals, before taking up her role at the Mercury for two seasons. She was then traded to Minnesota for the 2019/20 season, where she averaged a career-high 5.2 points and 0.9 steals per game, as well as maintaining averages of 2.4 rebounds and 1.2 assists. Playing for the Lightning in the most recent season, Talbot averaged 14.5 points. 8.7 rebounds, 4.9 assists. 1.7 steals and 1.0 blocks per game.

Now Talbot will suit up in New York amongst a new-look young outfit as the Liberty added five top 15 players before the trade, including number one pick Sabrina Ionescu, Megan Walker, Jazmine Jones, Kylee Shook and Leaonna Odom. With only 12 players on a list, Talbot means there are six fresh faces heading to the Big Apple which will make for an interesting time for New York.

On the draft order, one of the big sliders was Connecticut’s Crystal Dangerfield who was correctly predicted to join the Lynx, but went at Pick 16 instead of six as predicted by EPSN in their mock draft. The bolter of the draft was Louisville’s Jones, who was predicted to be headed to Los Angeles in the second round, but was snaffled up by New York at the end of the first.

There is still much uncertainty around the WNBA season and when it will take place, but it was an exciting night of action making 36 new dreams come true.