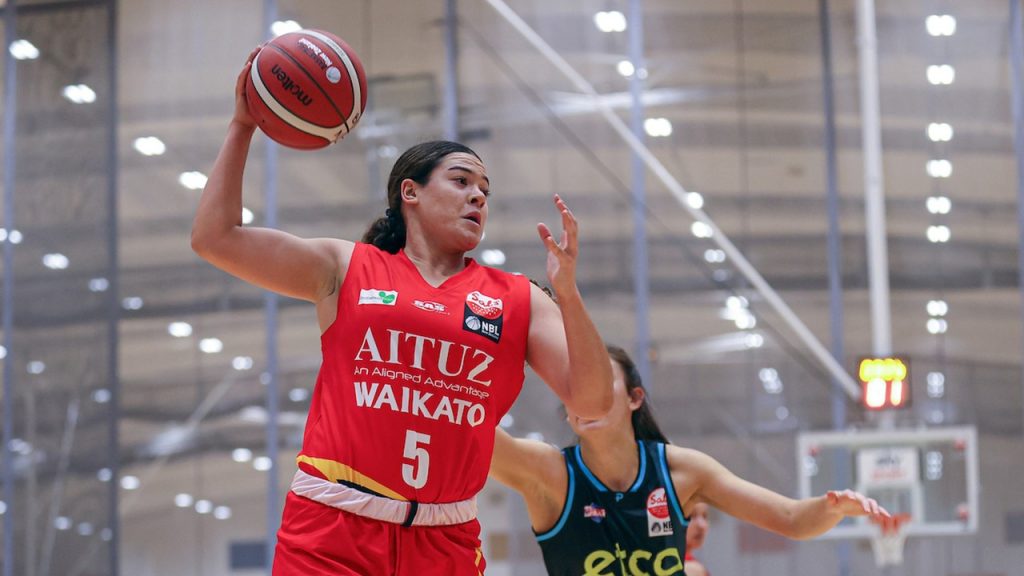 WAIKATO Wizards have stamped their authority on the New Zealand National Basketball League (NZNBL) Women’s competition with a thumping 35-point win over Auckland Dream. In a spell through the bookend quarters, the Wizards piled on 61 points to 32, led by Charlisse Leger-Walker who put up match-highs in all five key statistics – points, rebounds, assists, steals and blocks – to be far and away the most dominant player on court for the Wizards’ 94-59 opening night win.

Leger-Walker showed no mercy in the opening quarter, scoring 16 consecutive points for her side to start the clash, and was actually outscoring the entire Dream outfit in the first term. Whilst others such as her sister and fellow NZNBL inclusion Krystal Leger-Walker chipped in and began to shoulder the load, the Wizards were already on their way to a big win. Holding a 15-point advantage at quarter time, they held off a better defensive effort from the Dream team to lead by 18 at half-time.

The third term was again fairly even, with the Wizards advancing past 20 points to the good, with an 18-15 term for an overall scoreline of 64-43. The final stanza was all one way traffic again however, with the Wizards piling on 30 points to 16 and getting up 94-59 to open their account at Pulman Arena.

Charlisse Leger-Walker announced herself in the league in the best way possible with a dominant 31 points, eight rebounds, five assists, nine steals and two blocks, the most in each of those statistics on court. To make the performance all the more impressive, she did not commit a single turnover, whilst maintaining a 55 per cent efficiency from the field, including 60 per cent from inside the arc. Her sister Krystal finished with 17 points, seven rebounds, two assists and two steals to play a crucial cameo in the win.

Breeje Schuler came off the bench to nail all of her six shots from the field to total 17 points, as well as three rebounds and two assists, whilst star talent Makayla Daysh (11 points, two rebounds) was able to play more of a support role in the opening game. Breana Jones (10 points, five rebounds) was the other player to reach double-figure points in the win,