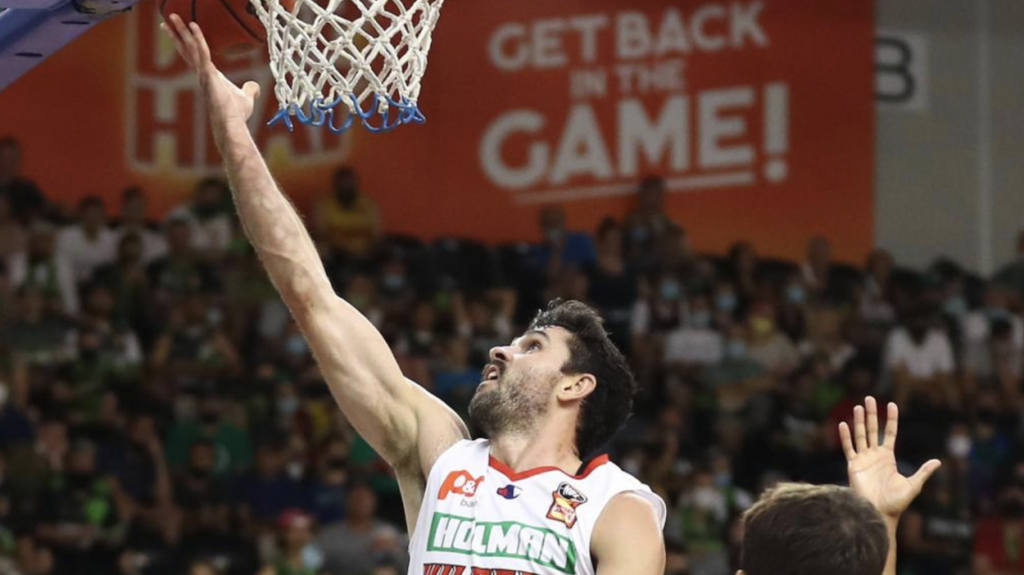 THINGS seemed relatively even following a quarter of play in last night’s clash between the South East Melbourne Phoenix and the Perth Wildcats. But, it was the visitors that ran away with the contest in the subsequent 30 minutes, as the reigning premiers convincingly handled matters, 106-75.

Promising signs early on came by way of the Phoenix, as Mitch Creek continued to attack Luke Travers on the offensive end. This led to yesterday’s hosts taking the immediate lead early on the first period, while Todd Blanchfield found his range with a three pointer four minutes in, beginning his night.

Despite the low scoring from both sides after 10 minutes of play it was South East Melbourne that trailed the Wildcats, with Blanchfield and John Mooney leading the way for Perth on 40 per cent shooting from the field, leading South East Melbourne 21-16 in the early stage.

Two quick baskets from Perth quickly extended their lead to nine points before Keifer Sykes answered back with his first triple of the night, bucking the trend of horrendous long-range shooting in the first half from both teams.

Scoring 14 of the first 19 points in the second, Perth had a firm grip on the match heading into half-time. Furthermore, with Trevor Gleeson and League-MVP Bryce Cotton’s roster leading in every single category, it was no surprise that the Wildcats had a comfortable 21-point lead rounding off a 25-11 quarter, and a 48-27 scoreline heading into the third quarter.

Blanchfield’s impressive initial two terms had Simon Mitchell’s side struggling to cope, as the former Illawarra Hawk worked for 10 points in 13 and a half minutes of work, while Mooney compounded his efforts with nine points and eight rebounds. Meanwhile Kyle Adnam led his side in scoring at half time with seven points.

The second half began just as the first had ended with the Phoenix being outgunned and outclassed by their opponents at both ends. A 9-2 run from Perth made the deficit seem almost insurmountable, but threes from both Sykes and Adnam reduced the lead back to 20, igniting some hope for the home crowd as their team trailed 52-73 at three-quarter time.

But unfortunately for the home team, nothing was able to stop the continual onslaught of Perth’s 33-point final quarter, capping off what would be eventual rout of last season’s newest NBL team.

Going down by 31 points at the State Basketball Centre, Mitchell is now scratching his head as for how to bounce back from last night’s horrid performance against the defending champions.

After shooting just 41 per cent on the night and losing out in the rebounding category 33-46, there was no doubting which team was more dominant. The only category South East Melbourne won was points scored off the bench – a hollow victory given Mitchell saw fit to give his secondary unit more minutes than usual due to the lopsided meeting.

Perth’s 53 per cent conversion rate, their plus-13 in rebounding and their 52 points in the paint was more than enough to get over the line in Melbourne last night.

Additionally, the statement victory has accordingly placed the Wildcats back into the top four on the standings and the side will now look to pursue the three other teams that currently sit above them.

Blanchfield finished the game with perhaps one of his best individual performances to date, racking up a team-high 22 points coupled with five assists. Next up on the docket was Mooney, who collected an 18-point and 13-rebound double-double, while Cotton (15 points and seven assists) and Jesse Wagstaff (12 points and three rebounds) were each double-digit contributors.

Out of the five starters from the Phoenix, just two managed to score 10 points or more. The first being Creek, who was able to string together a decent 16 points and 11 rebounds, whereas Sykes had a quiet 10 points and four rebounds in just under 29 minutes. Most noticeably, however, was Adnam’s 24 points and Ben Moore’s 18 points off the bench, as the two individuals were the side’s top producers on the night.

The second of the two games between the two squads will be played on Sunday with Perth looking to get their record above .500 with possibly their third win of the season. Meanwhile South East Melbourne look to get theirs back to even, as they dropped to fifth yesterday with loss number four to date.