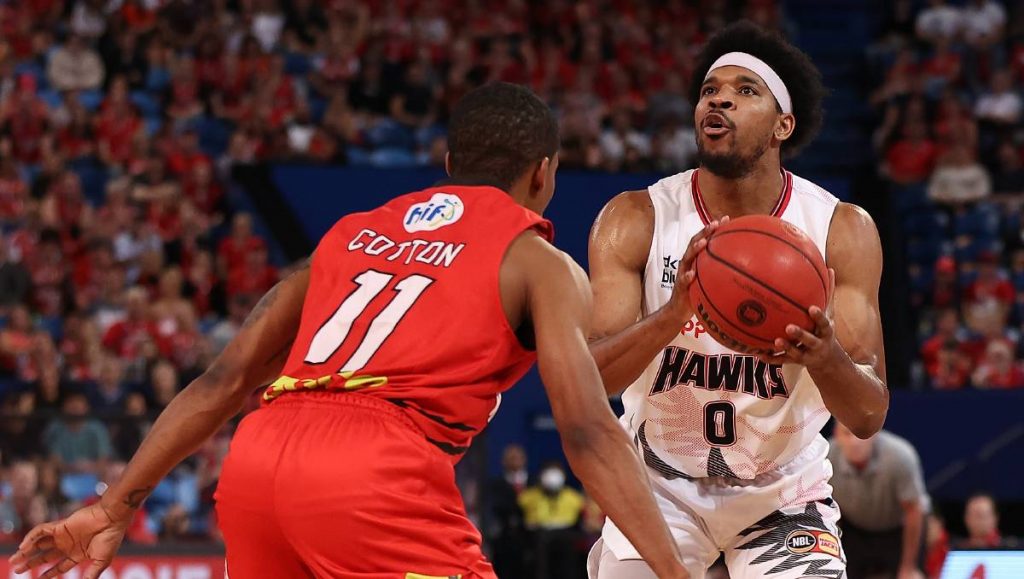 ROUND 14 of the National Basketball League (NBL) continued last night with Perth Wildcats securing their 17th win of the season downing Illawarra Hawks by 14 points (83-69). It was a tale of two halves as the game was evenly poised in the opening quarters, before the class of the Wildcats shone through in the third stanza to really create some separation and steal the win.

Perth controlled proceedings in the first quarter with Todd Blanchfield and John Mooney opening the account for the side. They piled on the first five points of the game and continued to mount scoreboard pressure as the quarter went on. But the Hawks did not lie down though answering the call as Tyler Harvey and Sam Froling got busy, levelling the scores midway through the term.

Only three points separated the teams at half time as the Wildcats looked to extend their lead through the hands of Clint Steindl as they established a five-point lead. With the intensity building, Hawks upped the ante in the second quarter and capitalising on their chances. Froling and Harvey continued to attack the rim and provide opportunities for the Hawks as they once again levelled the scores with less than five minutes to play in the half. Momentum continued to ebb and flow with neither side able to gain any form of continuity in their game play. However it was Illawarra that struck with Deng Adel landing a layup with three second on the clock to steal a one-point lead at the main break.

With it all to play for in the second half, the Wildcats proved their premiership credentials with a dominant third term. Although Bryce Cotton was slow in the opening half, the star guard ignited his side alongside the likes of Mooney. Their overall defence stepped up as they limited the opportunities for Illawarra to hit the scoreboard keeping them to a mere eight points for the term. Playing with more confidence across the court Perth established a handy buffer heading into the final stanza.

Justinian Jessup worked his way into the match eating into the margin with a handy jump shot to draw within six points. But that momentum was short lived as the Wildcats bit back moments later to re-establish an eight-point ball game. Cotton started to find his range and become a real threat for Perth as they added to their tally and subsequently increased the margin to run out eventual winners. The Hawks’ voodoo in the West continued with the record extending to 34 losses from 35 appearances despite their best efforts.

After a quiet start Cotton ended up topscoring for the Wildcats producing 18 points at a lowly 28 per cent only managing two from nine of attempts from long range. Blanchfield also impressed with 18 points, six rebounds and two assists while Mooney had a night out recording a double-double thanks to his 17 points and 15 rebounds. Jesse Wagstaff was strong off the bench managing 12 points and six rebounds while Mitch Norton chimed in with a handy seven points, four rebounds and five assists.

For the Hawks, it was Froling that dominated the scoreboards thanks to his 15 points while also lending a helping hand off the boards with eight rebounds seven of which were defensive. He also managed three assists, two steals and three blocks. Harvey was a force to be reckoned with 14 points and six rebounds. Justin Simon plied his trade with 10 points at 50 per cent from the field along with three steals and five rebounds. Deng Deng was another handy option chiming in with eight points as Andrew Ogilvy shot at 100 per cent for his seven points.