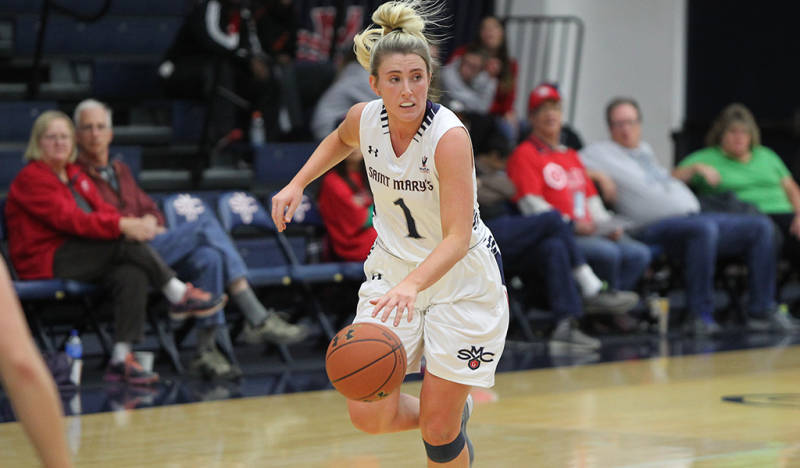 THE Boomers are starting to find form at the end of Round 5, while the Flames are still without a win. There’s concerns over Suzy Batkovic and Townsville, but hope for the Lynx, who look to continue their hot winning streak.

Given their run so far, not many people would have picked the Flames to take out this win away from home, and unfortunately for Sydney fans, they would have been right. On paper, the Boomers were much more impressive heading in and coming out of this game, having 77 shot attempts compared to 57, matching the Flames’ shots inside the arc and doubling their shots both scored and attempted from the outside. Cayla George dominated for the Boomers with 27 points and eight rebounds. She shot well from range at 80 per cent and nailed all five of her free throws. Steph Talbot was also pivotal with 20 points and seven rebounds, along with Lindsay Allen’s 16 points, three rebounds and five assists. For the Flames, Alex Bunton played well with 20 points, eight rebounds and eight from eight free throws, but her efforts weren’t enough to see her team over the line. Despite cleaning up their efficiency, the Flames’ relentless play style seems to have fallen by the wayside in its place. This team are yet to find the right balance to take on the rest of the competition.

In an extremely close affair, the Lynx secured their spot atop the ladder after defeating their competition in the UC Capitals. The teams shot evenly throughout the game with the Lynx hitting 18 shots inside compared to the Capitals’ 19, and five shots from the foul line compared to nine. Though in the end, it was the Lynx’s 40 per cent shooting from range and 10 successful shots which made the biggest difference. Despite having more attempts, the Capitals only hit six of their shots and continued to try despite their shown reliability on the inside (38 per cent). Perth’s most damaging player was Brittany McPhee, who scored 19 points with six rebounds, closely followed by Alison Schwagmeyer’s 15 points and six rebounds. But for the day, the best player by a mile was easily Kelsey Griffin. She knocked down 30 points with 10 offensive rebounds and eight defensive rebounds, earning herself a double-double. For the day, she shot at 44 per cent and hit six of seven shots from the foul line. Though despite her own and Kia Nurse’s (22 points and four rebounds) efforts, the Capitals were greatly let down by a lack of team coverage.

After one of the easier starts to the season, Dandenong continues to slip further down the ladder following its loss to Adelaide. Under the lights of the Titanium Security Stadium, the Rangers seemed a little out of their element compared to Adelaide’s composure and cleanliness. The Lightning shot at 57 per cent, hitting 38 of their 66 shots, while the Rangers went 27 from 70 at 38 per cent. The Rangers lost on the rebounds, 42 to 30, but despite giving away more free throws, managed to hit 14 apiece. For the Lightning, Nia Coffey starred with 21 points, seven assists and seven free throws from 10 attempts. Equal great or close second, Lauren Nicholson, scored 20 points, four rebounds, six assists and shot at an amazing 85 per cent, hitting six from six at range. For the Rangers, Rebecca Cole hit 27 points, with the next best score coming from Kiera Rowe’s 10 points. At a glance, this appears to have been Dandenong’s trouble, with the load being carried solely by a single player. For comparison, there were five players for the Lightning who all scored more than 10 points, with not a single player shooting under 50 per cent. The Rangers were just greatly outgunned.

The Spirit remained determined to continue their home win record coming up against the Flames, defeating the visitors by two points. Despite leading for most of the game, the winless Sydney failed to withstand a final quarter onslaught from Bendigo and now enter Round 6 still without a win. The Flames hit 21 of their 59 shots compared to the Spirit’s 22 out of 63, beat them on the rebounds (42-39), but again appear to have let themselves down with sloppy defence, allowing 18 shots from the foul line. For Bendigo, there were a few standouts in Nadeen Payne (14 points, six rebounds and three assists), Natalie Hurst (12 points and two rebounds) and Rebecca Tobin (11 points, seven rebounds and four assists). Besides these three, there weren’t many more players for the Spirit that stepped up, so its impressive they split the load so well. For the Flames, Brittany Smart led with 17 points, four rebounds and four assists, followed closely by Ally Wilson with 16 points, five rebounds and four assists. Similarly, the Flames also had a small handful of contributors and lacked some coverage.

The Boomers continue to increase the gap between the top four and bottom four with a win over the Fire at the end of Round 5. With stats even across the board, it was the Boomers’ 30 field goals compared to the Fires’ 26, and an enormous final quarter run which put them over the line. With a neck injury forcing Suzy Batkovic out for a lot of the game, other names were forced to step up for Townsville. Darcee Garbin scored 13 from seven shots, Zitina Aokuso hit 12 with five rebounds, and Micaela Cocks scored 10 with seven rebounds. For Melbourne, Allen had another huge performance with 29 points, three rebounds and six assists. She shot at 71 per cent from the field and earned six shots from the foul line. George and Talbot worked well under the ring, earning six rebounds apiece, while Maddie Garrick lifted to sink 17 points of her own. Melbourne is not known for winning in Townsville, so this victory may come as a shock, but there’s no telling how the game would have panned out if Townsville had Batkovic at her best.