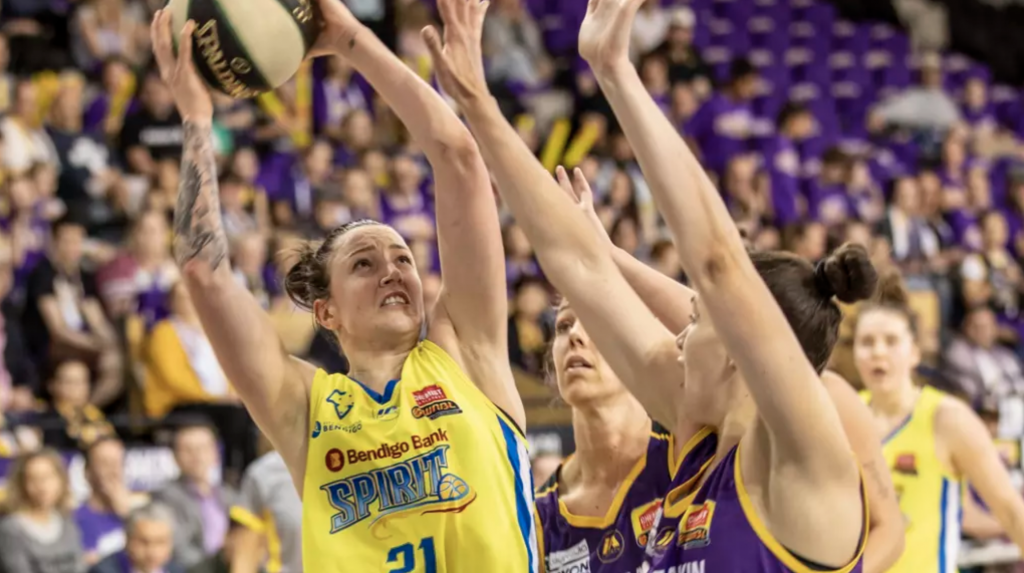 ROUND 1 of the WNBL saw the reigning champions and last year’s top of the table side both lose. This simultaneously ignited the spirits of some of last year’s bottom sides, Dandenong and Bendigo, who began their seasons with a win.

The Capitals opened their 2018/19 campaign with an impressive win over the Flames. The Capitals jumped out to a double-figure lead at the end of the opening quarter and continued on their strong performance, building their margin to 25 points at half-time. The Flames were able to make small inroads into the lead in the second half, however it was too little too late, as the Capitals cruised to a 19-point victory. Despite the loss, Alex Brunton was spectacular for the Flames, scoring a game-high 27 points, shooting 10 from 13 from the field. Brittany Spark also provided a lift to the Flames, coming off the bench to add in 18 points. For the victors, Kia Nurse and Lauren Scherf combined for 48 points on over 60 per cent shooting to lead their club to victory.

The Lightning opened their season with a victory behind a balanced offensive attack which saw four players score in double figures. After allowing 21 first-quarter points, the Lightning’s defence tightened up and allowed just 20 points in the second and third quarter to set up a comfortable win. Nicole Seekamp, Lauren Nicholson, Colleen Planetta and Nia Coffey all hit the scoreboard as the Lightning’s offence showed off their swift ball movement. The Lynx had an equally balanced performance with four players also scoring in double figures, led by Asia Taylor’s 16 points. However, they struggled to get contributions from their bench and ultimately lacked the fire power to compete with Adelaide.

Despite being the better team for three of the four quarters, the Boomers were unable to come away victorious against their inner-state rival. The tide turned in favour of the Spirit in the second quarter as they went on a 29-5 run to build what would turn out to be an insurmountable lead. Marena Whittle led the Spirit on offence, pouring in 21 points despite an overall inefficient game, taking 19 shots and shooting just over 40 per cent from the field. They received strong contributions from their starters, only playing eight players the entire game, as the bench were not required to make too much of an impact. Stephanie Talbot was strong in her time on the court for the Boomers as well as Lindsay Allen, with the two combining for 38 points.

The Dandenong Rangers and Townsville Fire closed out the opening round of the season as the Rangers made it four from four for the travelling sides. In the closest game of the round, both teams battled in an intense outing right to the end before Dandenong was able to clamp down on defence and secure a win. Despite struggling from the field as a team, Rebecca Cole produced a strong game with 18 points on eight from 15 from the field, leading their offence. For Townsville, captain, Suzy Batkovic led the way with a double-double which included game-highs of 20 points and 16 rebounds. However, she was careless with the ball at times, resulting in six turnovers.