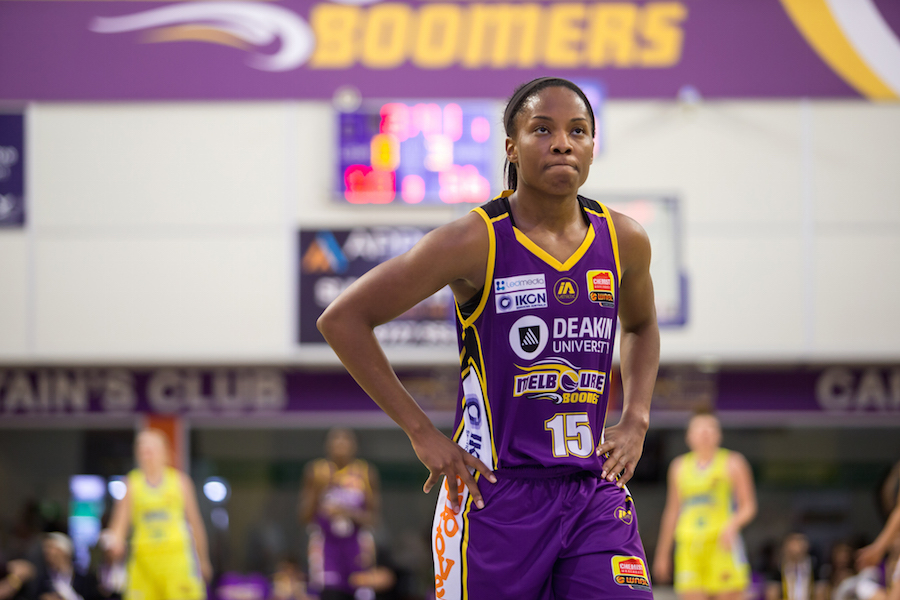 ROUND 6 was owned by the Boomers, who ended Perth’s winning streak and made it two from two in the Grand Final rematches. A clutch three from Tess Madgen stole the show on Friday night, but Dandenong beating the Spirit came a close second in a packed round of Women’s National Basketball League (WNBL) highlights.

In a major upset, the Rangers took home a 21-point victory over the Spirit, handing them their third loss for the season. Despite having less shots and rebounds, Dandenong brought superb shooting to Bendigo Stadium. The Rangers hit 33 of their 65 shots compared with the Spirit’s 23 from 74. In the end, the Spirit’s relentlessness failed to match their opponent’s class as they copped a huge blow at home. Big contributor, Kayla Pedersen worked hard in the paint. She put up 12 points, took 12 rebounds and scored six from six at the foul line. Betnijah Laney also played well within the arc, scoring 18 points (72 per cent) with five assists, along with fellow big performers, Rebecca Cole (16 points, two rebounds and five assists) and Tessa Lavey (17 points, three rebounds and two assists). On Bendigo’s end, shooting percentages were disappointing, hitting as low as nine per cent from 11 shots. Rebecca Tobin had some impressive efforts, scoring 14 points, eight rebounds, two assists and hit six from six from the foul line. She was the only Bendigo player to crack over 10 points and still only shot at 36 per cent.

Two games down and another loss for the home team as Townsville powered home with a huge second half. Heading into the third quarter 10 points behind, Townsville shot 22 to 12 to tie the game heading into the fourth. It was Tess Madgen’s three-pointer with 10 seconds left that gave them the win and WNBL fans one of the best games of the year. Suzy Batkovic’s neck injury had some Townsville fans worried last week as she failed to have her usual impact. Though those worries seem behind her, putting up 26 points, 14 rebounds, seven assists and three blocks. She now sits atop the league table in points and second in rebounds. Game winner, Madgen was also clinical with 13 points at 83 per cent, hitting all three of her three-pointers, earning six rebounds and three steals. Zitina Aokuso also impacted well despite only playing 17 minutes, scoring 15 points, five rebounds and hitting five of her eight foul shots. On the other end, Kayla Alexander tore it up under the ring with 14 rebounds 16 points and three steals, while Steph Blicavs shot well to score 15 and earned three rebounds, four assists and two blocks.

With an enormous 31-point opener, the Boomers snagged the third away win for Round 6 with a big 20-point victory in Perth. They hit 36 of their 78 shots, sunk 15 from range, earned 51 rebounds and 23 assists. The one thing that let them down slightly was their aggressive defense, giving away 26 shots from the foul line compared to only shooting three themselves. The Lynx hit 22 of their 70 shots, played predominantly inside with 18 hit shots and lacked from range with just four. Lindsay Allen was clinical for Melbourne with 26 points, five rebounds and five assists, alongside Cayla George with 16 points and nine rebounds. Every starter recorded at least one three with Allen (four) and Maddie Garrick (three) scoring seven between them. On the opposing end, Asia Taylor scored 20 points and nine rebounds for the Lynx, but only shot at 38 per cent. The margin would have been greater if the Boomers had cleaned up their defence, but a 20-point victory is still nothing to gloss over.

The Boomers immediately followed up their win in Perth with a tight win at home against a similarly impressive Townsville Fire. With both teams recording great wins earlier in the round and having a close game last week, this match was sure to be a good one. Townsville looked sure to snag another come-from-behind victory after a huge 24 to 16-point period in the fourth. Despite Ally Mallot’s lay-up to tie the game with 38 seconds remaining, Kalani Purcell’s quick reply and Garrick’s two free throw shots brought the margin back to four points and sealed the win. Allen had another big game for the Boomers, scoring 21 points, seven rebounds, six assists and two steals.  George recorded herself a double-double with 17 points and 10 rebounds, while Garrick also impressed with 15 points, six rebounds and four assists. Micaela Cocks led the scoring for Townsville with 19 points at 72 per cent and four assists, alongside Batkovic’s 12 points, 14 rebounds and two steals. It was refreshing to see someone besides Batkovic lead the scoring and a good handful of the Townsville players crack over 10 points. The Boomers just hung in there in the second half to earn second spot on the ladder.

Though winning their first away game to open the round, it seems travelling might have got the best of the Rangers, losing to the Capitals by 12 points in the Australian Capital Territory (ACT). Split quite evenly with 28 from 63 for UC Capitals and 25 from 65 for Dandenong Rangers, the game’s biggest difference came from three-pointers and free throws, with five to two and 16 to 13 respectively. Kelsey Griffin stole the show with 25 points, eight rebounds and two assists. With her impressive work at the ring, it seemed impossible not to foul her, earning seven shots at the line. Similarly earning nine shots from the line, Kia Nurse scored 18 with five rebounds and two steals. For the Rangers, Cole played with 16 points, six rebounds and four assists, alongside Laney who scored 13 with five rebounds and three assists. Rachel Jarry was also impressive, earning eight rebounds and five steals. Unlike their game against Bendigo, the Rangers struggled with efficiency and should look to correct that come next round.

The Spirit corrected their mistakes from earlier in the round to take home a victory over the winless Sydney away from home. Like the previous game, not a lot separated these teams on the stat sheet. The Flames opened well with 22 points to 17, trailed by a point entering the third and then completely dropped off, only recording four points in that term. That one quarter let them down and was the biggest contributor for their loss. Again, Tobin played well. She recorded 11 points, nine rebounds and three assists. Nat Hurst also played well with 11 points of her own and six rebounds. For the Flames, Tahlia Tupaea led the scoring on 13 points and earned five rebounds and six assists. Despite struggling with percentage, Ally Wilson scored 12 points and earned four rebounds with two assists. The Flames continue to struggle with their efficiency and make it increasingly harder to make something of this season even if they can’t fix their weak spots.