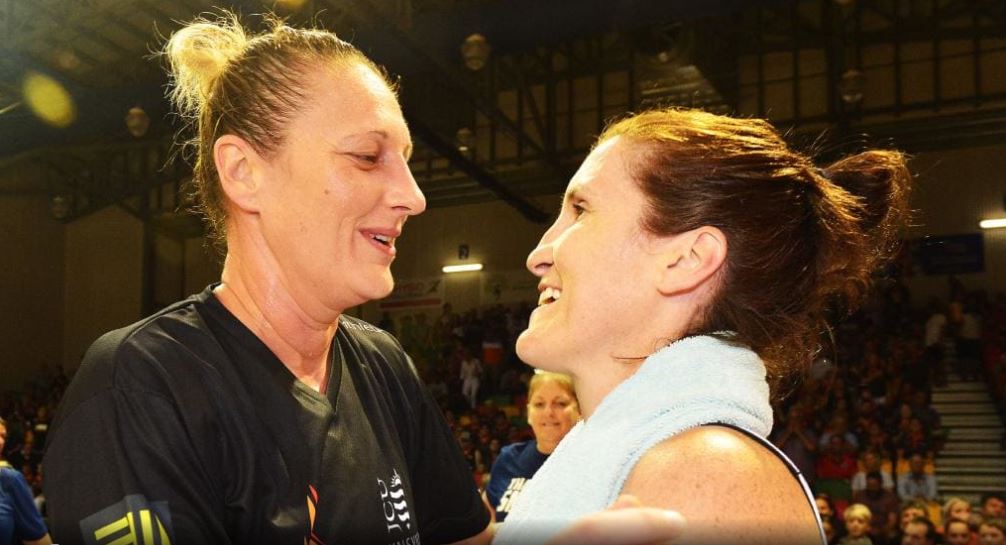 THE last round of the regular season saw two legendary players depart the game, a double overtime thriller and confirmation of who plays who in the semi-finals.

In their final game for the regular season, the Spirit lost out to the Capitals at home in overtime. The Spirit managed to tie the game in the fourth with a Natalie Hurst three-pointer, but in the end, it was the Capitals who wanted it more. This win cements the Capitals as league leaders as we head into the finals. Marianna Tolo performed well for the Capitals, scoring 27 points with 10 rebounds, earning a double-double. The most valuable player for the day was undoubtedly Kelsey Griffin, who scored 24 points with 20 rebounds, three steals and three blocks. For Bendigo, Abigail Wehrung picked up 30 points, four rebounds and four assists, while Hurst scored 27 points with three assists and two steals.

Melbourne secured second position with an important win over Dandenong away from home. The Boomers emerged strong in the first half with 28 points in the first term and 24 in the second. They eased off a little in the second half but cruised comfortably to victory. For the victors, Madeleine Garrick seemed incapable of missing. She shot 10 from 13 and hit six from nine from outside the arc. She scored 28 points overall, alongside other big scorer, Lindsay Allen, who picked up 21 points with eight rebounds and six assists. Dandenong had stars in Betnijah Laney and Rebecca Cole. Laney picked up 24 points, five rebounds and two assists, while Cole had 26 points, four rebounds and five assists.

Despite a promising first half, Sydney slipped to Townsville in the third and suffered yet another loss to a fine-tuned squad. Townsville was cleaner defensively and moved the ball much more in offence. Sydney gave away too many fouls and let momentum slip at crucial moments. Despite losing, Belinda Snell impressed most on the court. She picked up 21 points, seven rebounds, nine assists and three steals, finishing as the game’s lead scorer. Townsville saw the return of Suzy Batkovic, who led her team in scoring. She scored 14 points across 22 minutes, which is not her usual standard but impressive nonetheless. Darcee Garbin also performed with 12 points and eight rebounds.

Women’s National Basketball League (WNBL) fans were given a perfect end for the regular season with a tight battle for third position. With the game sent into overtime, Adelaide managed to snag to a one-point victory over Perth away from home with a pull-up jump shot from Aimie Clydesdale. For the game, she scored 17 points with three rebounds and three assists. Her teammate, Nia Coffey led with 20 points and nine rebounds, while Kayla Alexander scored 17 points with nine assists. For Perth, Alison Schwagmeyer scored 19 points with eight rebounds and four assists. Asia Taylor also impressed with 15 points and seven rebounds. This result sees Perth finish fourth on the table while Adelaide wins the fight for third as we head into the finals.