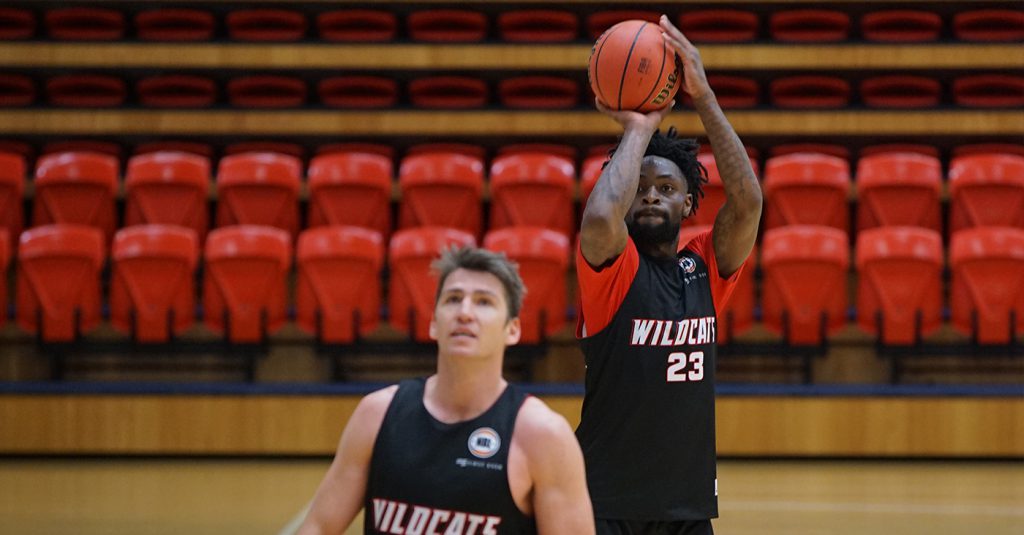 IF you are a fan of offence, then round 7 of the National Basketball League (NBL) season would have been an enjoyable one to watch! Several teams put on offensive shows across the weekend with scoring way up across the competition. It was another round of close finishes, clutch buckets and more Perth victories.

After consecutive heartbreaking weeks for the Bullets, they were hoping to put aside their late games woes and grab themselves a much-needed victory against the struggling Illawarra Hawks. The Bullets came out of the gates on fire and never looked back, dominating in all facets. Lamar Patterson put together his best outing of the season with 24 points and appears to be rounding into form after missing the first several games. He will be key moving forward. Patterson was assisted by six other teammates scoring in double figures, as Brisbane didn’t miss a beat when the reserve unit was out there, thanks in large part to the hot shooting of Stephen Holt. For the Hawks, Brian Conklin continued to build on what has been an impressive start to the season, matching his season average with 15 points and a strong rebounding effort with nine. The Hawks’ inability to find consistency among their players on offence remains an issue for the team and is a large part of their poor start to the season. The always reliable veteran, David Andersen surprisingly did not trouble the scorers at all in his 11 minutes of the floor, posting zero points, rebounds and assists.

After having won two straight games heading into last round, the Breakers appeared poised to step into the top half of the NBL ladder, however two tight losses in Round 7 sees them teetering dangerously near the bottom. Their task of moving into the top half would only get harder as they took on the almost unstoppable Perth Wildcats, who entered the game with eight wins from nine ball games. To the Breakers’ credit, they played the Wildcats extremely tough, digging in on the defensive end and creating open looks on offence. After falling behind by double figures early in the fourth quarter, New Zealand made a number of big plays down the stretch to eventually tie the game and send it into overtime. In the extra session, Perth was able to gain control early, going on a 10-1 run to start the extra session and would ultimately prove too strong. The entire starting five scored in double figures for the Breakers, led by Shawn Long’s 17, while for the Wildcats Mitchell Norton, Nicholas Kay and Bryce Cotton combined for 67 to lead their side to victory.

The runners-up of last season have had a disappointing start to their 2018/19 campaign, winning just four of their first 10 games. They looked to regain their championship level form against the struggling Taipans, who came in with just one win to date. The worrying signs continued for the 36ers early on, falling behind until midway through the second quarter where they took over the game. From that point on, the 36ers were able to assert control of the game and cruise to a 14-point victory to get them back on track. Jacob Wiley had by far his best outing of the season, putting in a season-best 30 points on 12/17 from the field. His ability to score both off catch-and-shoot and off the dribble gave the Taipans’ defence trouble, as they desperately tried to slow him down. Melo Trimble and Devon Hall managed to combine for 40 points, as Hall scored in double figures off the bench for the third consecutive game, but it would not be enough, which has been a familiar theme for Cairns this season.

In a rematch from three weeks ago, the Kings returned to Melbourne Arena hoping for a better result than their previous encounter. Both teams proved why they are among the favourites for the championship this season in an incredibly well played game, featuring some offensive brilliance to go along with the gritty defence from both teams. Jerome Randle and Casper Ware went head-to-head in a battle of two of the best guards in the league, with Randle coming out on top on the back of his 35 points, which was his first 30-point game of the season. Casper Ware more than held his own with a strong 23-point performance as well as dishing six assists, showing off his play-making ability to go with his hot shooting. Brian Bowen and Kevin Lisch were great in support of Randle, adding 28 between them to keep the Kings in the game. For Melbourne United, it was the supporting cast of Josh Boone, who racked up 16 points and 10 rebounds and Mitch McCarron, who added 14 off the bench. It was McCarron’s lay-up with under ten seconds remaining that gave Melbourne United a two-point lead, which would ultimately be the game winner.

In an offensive extravaganza, the Illawarra Hawks hosted the Adelaide 36ers on Sunday afternoon. In easily the highest scoring regulation game of the season, the two teams combined for 229 points, 24 threes, almost 50 per cent from the field and 55 assists, showing off the impressive ball movement of both outfits. The Hawks used a 40-point second term and a 35-point final term to gain control of the game, as they finally showed the league their potential on offence when the entire team is engaged. Todd Blanchfield led the team with 24 points, with Andrew Ogilvy adding 19 points and 13 rebounds in support. Jordair Jett also did well with18 points in limited minutes off the bench. After a big win which seemed to get their season back on track, the 36ers’ inability to impact the game defensively would prove costly. They received big contributions from Demetrius Conger off the bench as he continues to round into form and Nathan Sobey was his usual reliable self with 16, however their strong performance was wasted in a losing effort.

Perth looked to make it two from two against New Zealand on Sunday, which would be no easy task given the absence of Bryce Cotton. The Breakers did a great job of taking the home crowd out of it early, jumping out to a double-figure lead and maintaining it for much of the first half. Down 13 at the half, the Wildcats were able to make the key adjustments in the third and fourth quarter to get themselves back into the game and give them every chance to steal the game at the end. Down by as many as nine with under five to play, it was Terrico White who took over for the Wildcats, hitting two threes to give them the lead. Clutch free throw shooting down the stretch sealed the deal for the Wildcats, as they became the first team in the competition to reach ten wins. White’s strong performance with 21 points was pivotal, as was Nathan Kay’s 22 points and 12 rebounds, as the Wildcats were able to make up for the production lost by not having Bryce Cotton. For the Breakers, this is a disappointing loss as they undoubtedly should have won the game, given the absence of Cotton and the fact they were the better team for 90 per cent of the game. Perth, to their credit, did what great teams do, and found a way to win.