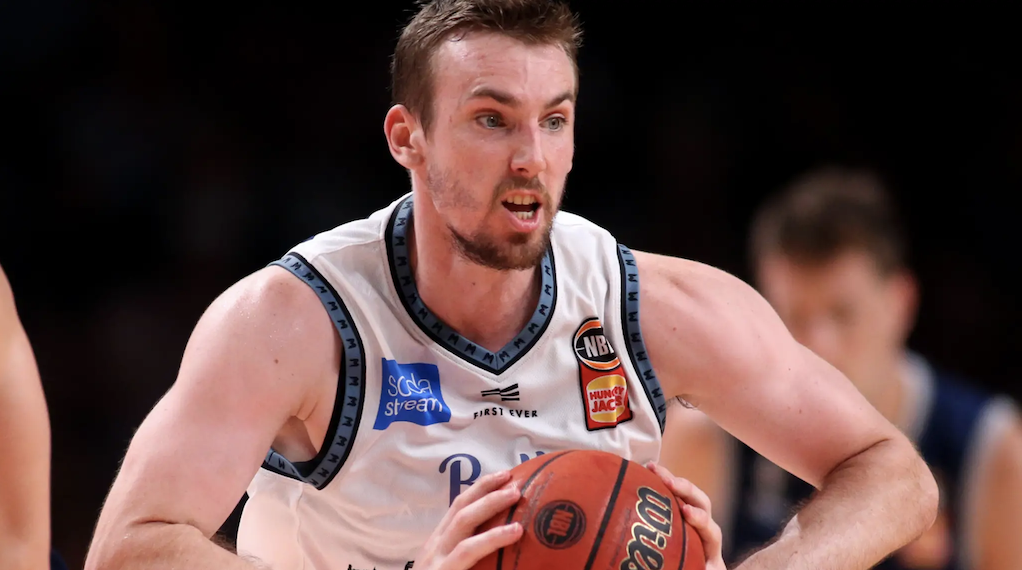 MELBOURNE United and Perth Wildcats continued to have their own personal ladder duels at the top of the table with two wins from Round 15 in the National Basketball League (NBL). New Zealand Breakers also had a big weekend with two victories, while Illawarra and Sydney both split their results throughout the round.

In the opening game of the round, Melbourne United claimed an important 24-point win over Illawarra Hawks thanks to a super third term. United raced out of the blocks early to lead by seven points at the first change, before both teams put together a scoring bonanza in the second term for the home side to lead by eight at the main break. A match-winning third quarter saw Melbourne pile on 37 points to 17, before the Hawks managed to salvage the final term with a 22-18 quarter. Casper Ware was Melbourne’s top scorer with 25 points to go with four assists and two rebounds. Mitch McCarron and DJ Kennedy were also prolific with 17 points apiece, as well as a combined 16 rebounds and seven assists. Josh Boone was also impressive off the board with a massive 11 rebounds. For the Hawks, Todd Blanchfield sunk 22 points and had two assists, while Kevin White showed some skill from beyond the arc with three triples for nine points, three assists and three rebounds. Cedric Jackson had 10 points, four assists and six rebounds, while Tim Coenraad and Andrew Ogilvy also tried hard up the defensive end with a combined 10 defensive rebounds.

New Zealand heaped on more pain for Cairns in a battle of the bottom two sides at TSB Stadium. It marked the start of a good week for the Breakers, who still remain in finals contention. The Breakers won the opening three quarters and kept the Taipans at arms-length, winning the terms by four, three and three points to open up a 10-point differential at the break. Cairns hit back and won the final quarter by three to close the final deficit to seven. Shawn Long was the clear standout for the Breakers, sinking 32 points to go with his nine rebounds and three assists, while Tai Wesley was busy around the court with seven rebounds and 10 assists accompanying his 16 points. Other key players were Jarrad Weeks and Finn Delaney both hit the scoreboard with 12 points apiece. For Cairns, it was a two person show, up the scoring end with DJ Newbill (32 points) and Melo Trimble (31 as well as seven assists and four rebounds) leading the way. Lucas Walker assisted with 16 points and eight rebounds but the Taipans did not get enough out of their bench players.

Sydney had to overcome a first period deficit to topple Brisbane and give the Kings some breathing space on the Bullets. Trailing by a point at the first break, Sydney won the remaining three quarters, albeit by no more than three points in a term, to run out 87-81 winners. Andrew Bogut again made his presence felt with 20 points, four assists and six rebounds, while Daniel Kickert finished the game with 17 points and three rebounds. Jerome Randle (15 points, seven assists and five rebounds) and Kevin Lisch (12 points, six assists and three rebounds) were the other Kings to make a stance. Cameron Bairstow was the man doing his best work in close for the Bullets, scoring 23 points to go with a game-high 10 rebounds and two assists. Lamar Patterson was also prolific across the court, scoring 21 points and recording eight rebounds and four assists, while Reuben Te Rangi assisted with 15 points at 71 per cent efficiency.

Perth Wildcats maintained pace with Melbourne United in their win over Adelaide 36ers at home. They were blown out of the water in the first period, 32-25, but then got the game back on their terms over the next two quarters to score 52 points to 24 in a one-sided affair. Adelaide won the final quarter to reduce the deficit to 19, but the damage was already done. Bryce Cotton and Clint Steindl both helped themselves to 19 points, as Cotton also picked up five assists and three rebounds. Nicholas Kay had 16 points and a game-high 10 rebounds and seven assists, while Damian Martin scored 15 points as well as six defensive rebounds and five assists. For the 36ers, Majok Deng made the most of his 19 minutes with 19 points and four rebounds, while Jacob Wiley finished the game with 18 points, six rebounds and two assists. Jack McVeigh was another player who stepped up in the loss with 12 points, five rebounds and two assists.

Cairns came agonisingly close to victory against Illawarra, but the bottom-placed team could not quite get the result, falling a point short of taking out the game. The first quarter was disastrous for the Taipans as Illawarra piled on 34 points to 22, before Cairns pegged them back to a nine-point margin at half-time. The Taipans made serious in-roads in the third period with 25 points to 16 to tie the contest, before Illawarra held firm in a thrilling final stanza, to win 82-81. Brian Conklin had a team-high 15 points as well as seven rebounds and two assists, while David Andersen and Todd Blanchfield had 11 points apiece as well as nine rebounds. For the Taipans, Melo Trimble had 24 points, five rebounds and four assists to be the star again, while DJ Newbill scored 17 points and had five assists and two rebounds.

New Zealand made it two wins from as many games to keep their finals chances alive with a terrific 13-point win over Brisbane Bullets. The Breakers always seemed in control, taking a eight-point lead into the first break, and while it was cut to five by half-time, the Breakers kept the faith and scored 53 points to 45 in the second half to secure the victory. Shawn Long had 23 points, six rebounds and three steals, while Jarrad Weeks assisted him with 20 points at 66 per cent efficiency from the floor. Finn Delaney had 16 points to go with four rebounds and five assists, while Patrick Richard nailed 16 points and a massive nine rebounds. For the Bullets, Lamar Patterson was busy with 18 points, five rebounds, two assists and two steals, while Cameron Gliddon had 16 points, three rebounds and three steals. Matthew Hodgson and Reuben Te Rangi both slotted 14 points and seven rebounds apiece.

Perth Wildcats continued going blow-for-blow with Melbourne United, knocking off the Sydney Kings by 20 points. Perth found themselves on the back foot at the first break before turning it on in the second term to pile on 27 points to eight, then 21-14 in the third term to lead the Kings by 23. Sydney arrested momentum in the final term, but it was not enough. Clint Steindl top scored with 18 points and two assists for the Wildcats, while Bryce Cotton had 16 points, three rebounds and two assists. The clear standout was Nicholas Kay who finished the game with 16 points, 10 rebounds and 10 assists in a crucial performance up both ends. For the Kings, there was no prolific scorers with Andrew Bogut and Jerome Randle scoring 11 points each, as well as 12 rebounds and six assists in a game that the Kings let slip in that second quarter.

In the final game of the round, Melbourne United produced a powerful second half to run away with the contest and defeat Adelaide 36ers by 23 points. United raced away to an 11-point lead at quarter time, but that was quickly erased and scores were level by the main break. A second half domination of 66 points to 43 resulted in United ensuring they maintained top spot against the Kings. Josh Boone had 19 points, 10 rebounds, three assists and four blocks to be the most rounded Melbourne player, but he was far from alone. Casper Ware, Mitch McCarron, DJ Kennedy and Chris Goulding all scored 16 points in a huge team effort, with Ware’s 10 assists a highlight. For the 36ers, Nathan Sobey posted 24 points to go with three rebounds and three assists, while Daniel Johnson had 15 points, six rebounds, two blocks and two assists for the game.