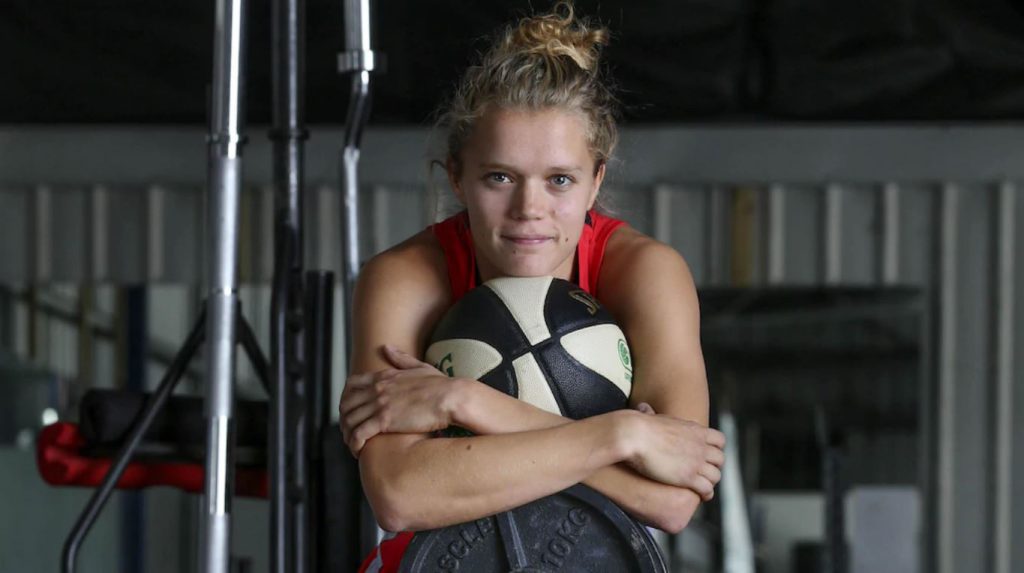 AFTER  a thrilling game in Canberra on Friday night, Round 7 of the Women’s National Basketball League (WNBL) season continues with the Rangers taking on the Lightning at Traralgon. Elsewhere, The Spirit will take the spotlight on TV in its Pink Day when they host Townsville, while a big margin looms when Perth takes on Sydney Uni. On Sunday, Melbourne’s Steph Talbot will play her 100th WNBL game when her Boomers go head-to-head against Adelaide.

Two players that would be familiar with each other’s playing styles makes this match-up a tactical one. Cole is averaging the most points for Dandenong with 17.25, and is the leading point-scorer for her side as well (138 points after six rounds). Seekamp on the other hand is a bit lower on the points, but makes herself known with her assists, averaging 4.86 per game, which is the highest of any Adelaide player. Seekamp will try to involve her big teammates in the game while Cole is likely to go to the ring a lot on her own, so it will be interesting to see which strategy pays off in this match.

Season so far: After a promising start to the season, the Rangers have fell away, losing four out of their last five games. They haven’t been close ones either, recording an average losing margin of 21.75 from their last five games. The Lightning too had a good start to the season, knocking off the Lynx in their season opener. It’s hard to get a gauge of where they are at the moment, having gone loss, win, loss, win, loss in their past five encounters.

The game: Last time these two sides met, it was Adelaide getting over the line by a comfortable 25-point margin. Only two Dandenong players scored double-figure points, meaning that this time round, the Rangers will need their second-tier players to fire up. They will also want to reduce their turnovers, as Adelaide scored 17 points from the Rangers’ errors last games. Although it was a big margin in the last game, Adelaide sits fifth on the ladder while Dandenong is seventh, so there really isn’t much separating the two sides, giving the Rangers some confidence heading into this game.

Nat Hurst is right up there in almost every statistical category for the Spirit, leading in points, average points, and coming second in average assists for the season. Hurst has been a key playmaker for Bendigo all season, so she will go into this game with the confidence that she can deliver again. It’s a different situation for Micaela Cocks though, who had a breakout game against the Boomers, stepping up to help Suzy Batkovic. Cocks will need to be at her best again to curb Hurst’s influence. Hurst will be likely to get on top in offence but it gets interesting in defence, as both are good rebounders and can steal well to break away down the court too.

Season so far: Based on last season’s results, it was expected that these teams would be on the opposite end of the ladder come Round 7. But it would’ve been hard to pick that the Spirit were the ones higher up on the ladder, sitting third. Meanwhile, the reigning champions are sixth, and risk missing finals altogether. However, the Fire are playing against the Spirit at the right time, because after a disappointing loss against Dandenong two games ago, Bendigo is looking a little vulnerable.

The game: Even contributions will make or break this game. Big name players like Batkovic and Hurst can’t do it all on their own, and will need the help of their bench players to secure a much-needed victory. It’s hard to see Bendigo go down on the club’s ‘Pink Day’ but undoubtedly, the Fire will be desperate to spoil the party and get their championship defence back on track away from home.

Brittany McPhee is in the running for the WNBL’s Most Valuable Player (MVP) thanks to a stellar season with Perth. She and Asia Taylor are an extremely formidable duo, being the two leading point-scorers for Perth. What sets McPhee apart from other guards in the league is her rebounding ability, as she averages 6.88 boards per game. Smart will need to keep an eye on her in the paint and step up defensively, as a low-scoring game may be her side’s only chance of winning.

Season so far: After six rounds, the Flames are still winless. For the Lynx, it’s the opposite story, sitting on top of the table with six wins and just two losses. Since their opening game loss against the Lightning, they have won six straight games. However, Perth had its hot streak broken by the Boomers last week.

The game: The margin of this game could really blow out here, with a top versus bottom clash looming. Perh has immense scoring power on offence, while the Flames are struggling in that department. They seem to have no match for the dominant Asia Taylor, which leaves a huge hole in their defence. If they can pull off a win, it would be one of the greatest upsets of the season.

These are two players who can often dominate the scoring for their sides. Allen has been consistent all season while Nicholson seems to be improving more as each week goes on. Nicholson will need to control Allen on the rebound, as she has an innate ability to grab the boards and bring the ball all the way down the court for an easy lay-up. If Nicholson can stop her in the paint, it will free up an opportunity for the likes of Nia Coffey to grab the offensive boards.

Season so far: The Lightning come into this game losing three out of their last five games, while for the Boomers, they come off their second heartbreaking two-point loss for the season, this time against the UC Capitals. The sides are right next to each other on the ladder, but the Boomers have won seven and lost four while Adelaide has won three and lost four for the season.

The game: Not much separates these two sides on paper, but emotionally, it will be the Boomers who will want to be getting up. Not only will they want to avenge Friday night’s loss, but they will also want to secure the victory for the milestone player in Steph Talbot. For the Lightning, the motivation will be to kick off a consistent string of wins, something they haven’t been able to do this season. Expect rebounds to be the key component in this game, with both teams possessing some great aerially gifted players who can grab the boards.