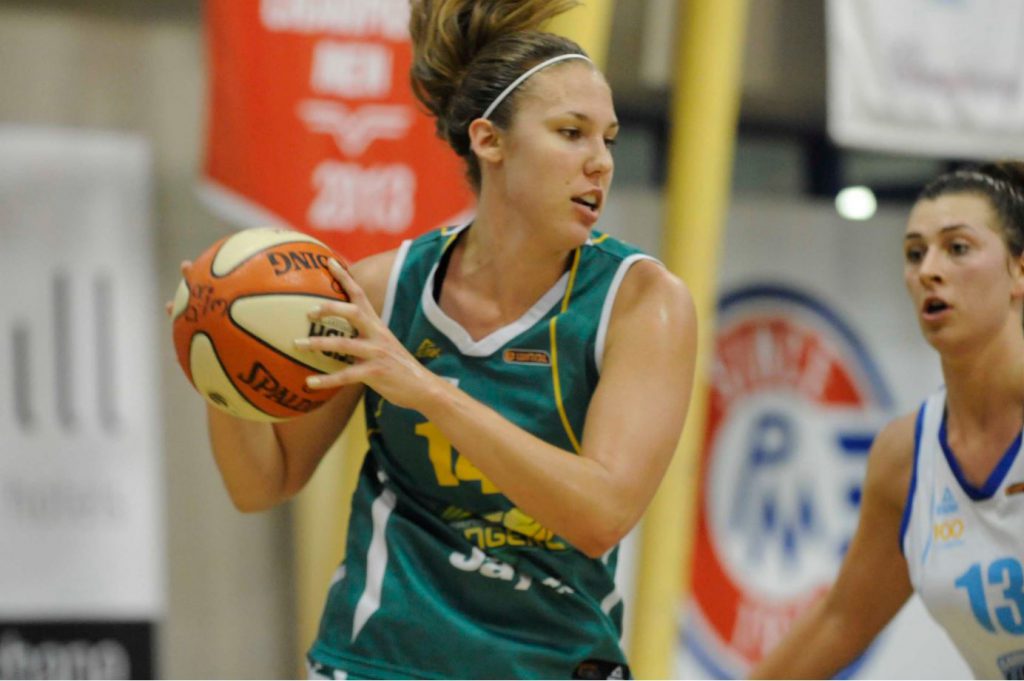 THE Adelaide Lightning will be looking to continue their winning streak on Friday night when they host the third-placed UC Capitals, while the Spirit desperately need to redeem themselves against the Rangers. The Rangers are also making an appearance on Friday night against the Sydney Uni Flames, who will fancy themselves at home. After dropping their last game in Round 9, the Boomers and Lynx will be raring to go in order to bounce back in Round 10.

Smart is coming off a 12-point game in Sydney Uni’s win over Melbourne, and also pulled through for a double-double, amassing 10 rebounds. She is known to score heavily, but she took her rebounding in this game to another level, and would love to do this again and use it as an advantage against Cole. Cole failed to grab a rebound against the Lynx on Sunday, so Smart would be fancying her chances to dominate defensively in this battle. But the Rangers superstar may have her covered in the offensive battle, coming off a 21-point effort.

Season so far: The Sydney Uni Flames have reignited their sense of belief, getting two wins from the last two rounds. They pulled off the biggest upset of Round 9, defeating the Boomers by three points in a nail-biter. Dandenong also pulled off an upset win last week, defeating the top-of-the-table Perth comfortably at Dandenong Stadium. That win saw the Rangers rise up to fifth on the ladder.

The game: It’s a battle of the two teams who caused Round 9 upset wins, as the Flames and Rangers would be desperately seeking to continue their winning streaks. The Flames haven’t done so all season, while Dandenong is finding it increasingly difficult lately, going win, loss, win, loss, win from its past five games. The Rangers were able to score 96 points in their last game, but if the Flames get on top, expect a low-scoring fight until the end.

Lauren Nicholson is having a purple patch at the moment, steering her side to fourth on the ladder on the back of four consecutive wins. For that effort, she was named the Women’s National Basketball League (WNBL) Player of the Week, after scoring 26 points and 23 points in Adelaide’s Round 9 triumphs. Wilson is no stranger to racking up the points, and has also played a pivotal role in getting the Capitals to where they are now. Right now, Wilson is averaging the most assists in the league with 6.64 per game, so Nicholson will be wanting to chop off her passes to stop damaging players like Kia Nurse getting involved.

Season so far: The Adelaide Lightning are the in-form team of the WNBL at the moment, winning their last four games. They experienced a successful Round 9, going 2-0 in their back-to-back road games. The Lightning come up against the team above them on the ladder in this round, which should prove a challenge for the up and coming side. The Capitals got back on the winners’ list after two straight losses with a massive 31-point victory over Bendigo in Round 9.

The game: Expect this to be a hotly contested battle, especially under the rim, with both teams boasting height on their line-up. Nia Coffey has been exceptional on the boards all year for the Lightning while Kelsey Griffin is leading the league with 11.82 rebounds per game. With Marianna Tolo returning to the fold for the Capitals, this could give them the edge in this battle.

Micaela Cocks has stepped up to the plate well in Suzy Batkovic’s absence, leading the way for her side in Round 9 with 17 points. Where she will be dangerous is outside the arc, as she boasts a dangerous three-point percentage of 44 per cent. Ebzery will need to ensure Cocks doesn’t get any room on the three-point line, but her cleverness with the ball in hand should leave her in good stead. Offensively, she just needs to get the ball in to the likes of Asia Taylor and Brittany McPhee, and limit the opportunity for Cocks to defend her.

Season so far: The Fire’s season has been a disappointing one, and with Dandenong rising up to fifth, it sees Townsville slide down to seventh. After securing their biggest win of the season against Bendigo, the Fire have lost their last two games. The Lynx are also coming off a loss, and it was an upset against the Rangers. This hasn’t put too much of a dent in their championship hopes, as they still sit on top of the table with nine wins and three losses.

The game: This game could get ugly if Perth gets off to a fast start, as first takes on seventh in this game. Asia Taylor was on fire last round, and because the Fire don’t have one standout player to match up on her, keeping her quiet will be a lofty task. Townsville’s talls, Ally Malott and Zitina Aokuso will have to have big games if the Fire is going to compete with the big Perth forwards.

Lindsay Allen is one of the clear favourites to win the WNBL Most Valuable Player (MVP) after two WNBL Player of the Week awards and one Player of the Month nod. Allen boasts an average of 17.57 points per game as well as 5.29 assists, making her a very hard player to stop. But one player who has got the edge on her in assists is Nicole Seekamp, and she too is climbing up the MVP ranks. She is averaging 5.38 assists per game, so these two will undoubtedly be aiming to get their teammates involved in the game as much as possible while also trying to hit the scoreboard themselves.

Season so far: The Melbourne Boomers suffered a big hiccup towards their championship campaign on the weekend with a three-point loss to cellar dwellers, Sydney Uni. They have won three out of their last five games, so they will need to get some consecutive wins on the board to push Perth out of top position. Adelaide will be no easy team to get a victory against though, as the Lightning are coming into this game with a four-game winning streak. They sit fourth on the table with seven wins and six losses.

The game: This could be the game of the round, as the Lightning took the win over Melbourne in their previous encounter. Now with better form under their belt, Adelaide could put a dent in Melbourne’s championship surge. But the Boomers are dangerous at home, and after coming off a nail-biting loss, they will be hungry to win. If Cayla George gets fired up, the Boomers could sneak away with a win.

Tobin has been one of the most dominant centres all season while Pedersen has found her A-game as of late. She was a class above in Dandenong’s win over Perth, amassing 21 points and 11 rebounds. On the other hand, Tobin was kept quiet against the Capitals, scoring just six points. She still managed to get involved on the boards though with nine rebounds. If Pedersen can nullify Tobin’s influence, it will make her life a whole lot easier under the rim and allow her to continue her dominance.

Season so far: On the back of their upset win over Perth, the Rangers have risen to fifth on the ladder with five wins and six losses. They have won three out of their last five games, with none of those victories coming consecutively. Although the Spirit sit just one spot below the Rangers, they are in the middle of a hefty form slump, coming into this game on the back of a five-game losing streak. The Spirit have lost their past four games by an average margin of 28.5 points.

The game: Considering Bendigo’s recent form, Dandenong would come into this game as favourites, especially with the home court advantage. But on paper, not much separates these teams. The Rangers have won five games and lost six, while Bendigo has won six and lost eight. Nadeen Payne and Nat Hurst have been stepping up each and every game for the Spirit, but will need more help from their second tier if they are to secure their first win in six games.

Kelsey Griffin is leading the way in boards this season, averaging 11.82 per game. Asia Taylor’s average on the other hand, is surprisingly low for her lofty standards, as she averages 7.75 boards per game. But she punishes the opposition where it matters – on the scoreboard. Taylor is averaging 20.5 points per game, which has been aided by her 33-point effort against Bendigo. But sitting just behind her on the leaderboard is Kelsey Griffin with 19.55, so expect these two to go basket for basket in this match.

Season so far: The Lynx’s last five games have been book-ended by losses, so they would be hoping to get their season back on track and secure their 10th win against the Capitals. But the Capitals aren’t far off the ladder leaders, sitting third with seven wins and four losses. They have won three out of their last five games.

The game: Both sides boast tall line-ups, so this game could be one dominated by rebounds. These teams also have immense scoring power and can score in a hurry, as proven by Asia Taylor, who scored 19 points in the second term against Bendigo. Expect this game to be a high-scoring one, with both teams desperate to get a win on the board as they fight towards the championship.