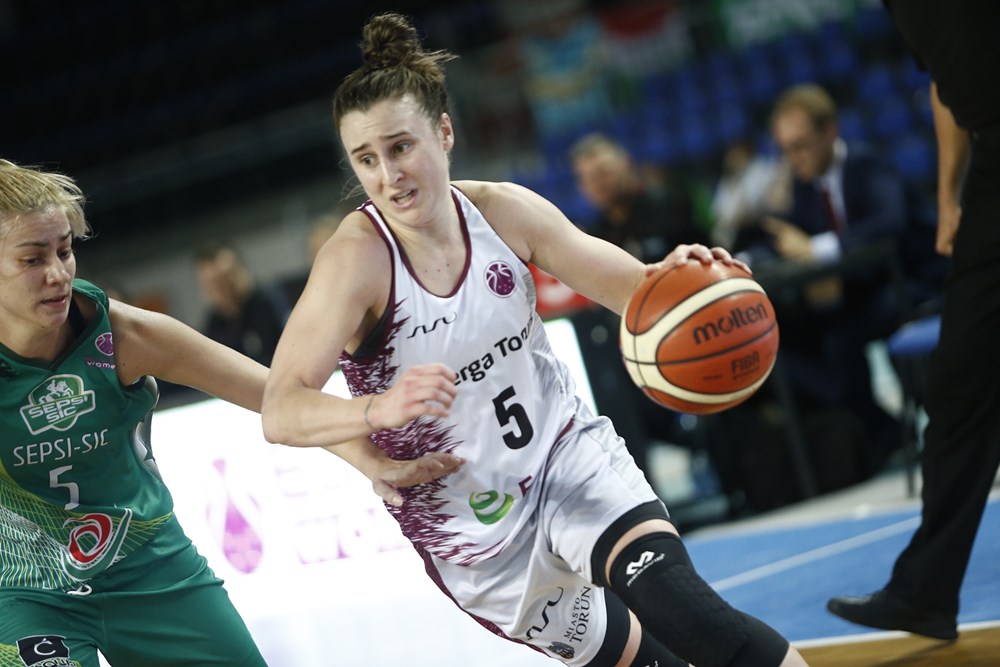 ROUND one of the Women’s National Basketball League (WNBL) is set to be an exciting one with an exciting combination of young and experienced talent taking to the court. We previewed what’s set to be a great opening round.

Last season:
The Flames had a stellar season last year with 14 wins and seven losses. They made it to the semi-finals but were bested by the Townsville Fire, who ended up winning the league. They are likely to have another big year, but the Capitals could still go either way. Their opponents mirrored their wins and losses, finishing with seven wins and 14 losses in sixth place.

The game:
Smart is likely to have an impact early on with her supreme break to the basket. Her speed, combined with Belinda Snell’s athleticism will surely prove to be a constant issue to the Capitals. On the opposing end, Wilson will likely mix about well in the paint, sinking a few here and there, alongside Kelsey Griffin and Marianna Tolo, who should lead comfortably in scoring.

Key match-ups: Lauren Mansfield v Nicole Seekamp
Mansfield’s control of the ball is next level. Her handling is elite, and she continues to be hard to read going inside. Seekamp will need to bring quick hands to her defence because Mansfield loves a quick pass in the paint. In saying that though, Seekamp is likely to be most damaging with her clean assists. She passes well around the arch and finds the best option. Both these players will need to out-read the other if they plan to come out on top.

Last season:
Perth’s home and away season was extremely impressive last season, finishing first with 15 wins and six losses. The Lynx got defeated in their finals run against the Boomers, despite being the likely favourites to take out the finals. Adelaide’s season was split down the middle with 11 wins and 10 losses, finishing fifth on the table. While low, the Lightning still managed to keep a decent gap between them and sixth.

The game:
Asia Taylor and Mansfield will be huge problems for the Lightning, with their supreme agility inside the paint. They will likely top the Lynx scoreboard. For Adelaide, Seekamp will likely be a dangerous utility around the arch. The team will likely have some issues against Perth but should have enough talent in their side to take the win.

Key match-ups: Stephanie Talbot v Nadeen Payne
Talbot will likely push inside against Payne and use her advanced movement to caress a few through. Payne likes to play a little deep at times, so Talbot will need to match her distance well and watch that shot intensely.

The game: Talbot and Jenna O’Hea could have a big game against the Spirit. They might have some difficulties competing with the Spirit off the rebound, but Payne will bring the heat early. She will drive strong to the ring, leaving everyone in her wake. Cayla George could also be set for a big game.

Key match-ups: Kayla Pedersen v Ally Malott
The 2017/2018 defensive player of the year, Kayla Pedersen has proven time and time again that she can be tough to get around. She will lock down her zone and apply plenty of pressure. Malott, however, is quite graceful through the paint and sinks plenty when left unchecked.

Last season:
Townsville Fire had a great season last year, having taken out the championship after finishing third on the table. The Fire’s home and away season finished with 14 wins and seven losses, while the Rangers sat pretty low with seven wins and 14 losses. They are looking to change things this season, so this should be a compelling match.

The game:
Pedersen will be a huge interruption for Townsville, locking down the Dandenong defence, while Carley Mijovic dominates under the ring and on the rebound. Malott will find herself comfortably on the scoreboard, likely contributing well to the scoreboard alongside Darcy Garbin who continues to lift her form with every passing year. Townsville is the favourites, but an upset is never off the cards for a first game.