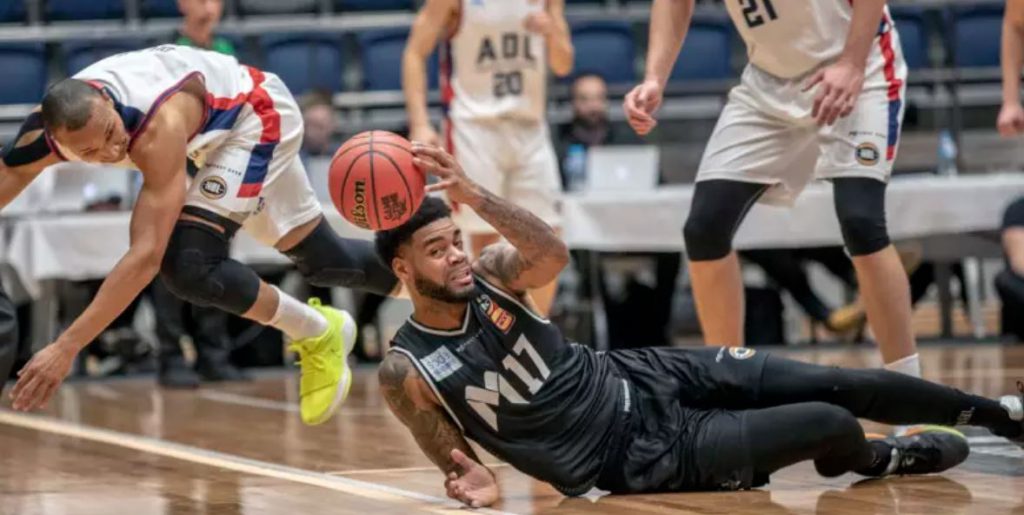 ROUND 7 of the National Basketball League (NBL) gets underway on Friday, with two teams who are desperate to get back on the winners list. The Breakers and Wildcats will be using up plenty of miles, as they each make the longest trip in the league, with the two teams playing a double-header this weekend. The Melbourne-Sydney rivalry continues, and it’s in the spotlight with the only Saturday match.

These guys are very similar forwards, and both have been impressive this season, including since the Hawks and Bullets last matched up. Te Rangi has averaged 14.2 points a game with a season-high 29 against Adelaide in Round 4. His 3.6 rebounds a game is commendable too, but compared to Blanchfield’s 5.2, it could be worked on. Blanchfield only had six points last time, but averages 15.9 and has slowly built up more attempted shots on greater game time.

Brisbane jumped out to an eight-point lead at the first break, but the Hawks countered well, winning the second quarter 29 to 12. From there it was neck-and-neck, but the second quarter was what decided the result. Brian Conklin scored 17 points and five rebounds while Cedric Jackson scored 11 points, four rebounds and five assists. For the losing side, Cameron Gliddon played a blinder, dishing out 24 points, four rebounds and five assists.

Season so far: The Bullets have lost their last three contests, but were very competitive against Melbourne last round. Illawarra didn’t fare any better, going down by 25 points against the 36ers to sit with a three and six record.

The game: Both teams are desperate for a win, and they’ll throw everything at this match. Illawarra will be wary of another game on Sunday, but this won’t stop its determination. Both teams need a reward for their hard work, none more so than Brisbane, who has been unlucky of late. Based on the Bullets’ style, they should get around Illawarra easily, although the Hawks haven’t been one to be bashed around too much this season.

These are two players in good form that can assist their team to getting a win. Both have good jumpers, with Wesley shooting at 47% and Kay shooting at 58%. Both of these guys are the complete package. Wesley averages 16.0 points a game, 4.3 rebounds and 3.6 assists while Kay averages 14.2 points a game, 9.2 rebounds and 3.1 assists. These two will be tight, but if either get an inch of space, you can count the bucket already.

It had all the makings of a great game, and it still was, but the Breakers couldn’t keep it together when it mattered in the final quarter, only scoring seven points to go down by 14 at the end of regulation time. Perth capitalised on turnovers and went at 47.9% from the floor, led by Bryce Cotton (23 points, nine rebounds) and Clint Steindl (17 points). Tai Wesley was reliable for the Breakers as he scored 22 points, collected four rebounds and racked up six assists.

Season so far: The Breakers battled hard last week but fell to fellow top-four teams Melbourne and Sydney, but still sit fourth. Perth won in overtime against Cairns and is going along nicely.

The game: This rivalry continues with the most dominant teams of this decade battling it out for the first time this season. The Wildcats won’t want to drop this, even if they do have another chance on Sunday. This game could have an effect on New Zealand with the travel, but either way the Breakers will look to exploit the areas of Perth that Cairns was able to. The Breakers will want to prove they belong in the top four now and at season’s end with a win over the Wildcats.

The last time these teams met, Sobey was making all the headlines with his triple-double. It makes for an engaging battle between him and Trimble, as the two point guards are cruising along nicely. Trimble shot four from 15 last time, so he’ll be looking to break loose now. He’s returned to his free-scoring plays since, and Sobey hasn’t lit the court up. He is averaging 4.8 rebounds and 5.9 assists a game. Time takes momentum into this game, as against Perth, he held a double-double.

Adelaide led for a tiny part of the game, but was ahead when it mattered at the final buzzer. Cairns had more blocks (five to one) thanks to Nate Jawai‘s two, who also added nine rebounds with his 11 points. Dexter Kernich-Drew played his best game, top-scoring for Cairns with 17 points. But a Nathan Sobey triple-double (22 points, 13 rebounds and 10 assists) had everyone talking.

Season so far: Adelaide sits outside the top four, even after a 25-point thrashing of Illawarra in Round 6. Cairns is still looking for a second win, after coming close against Perth last weekend.

The game: If the 36ers get going early, they’ll be hard to stop. They’re playing with confidence and will fully believe they can break into the top four this weekend. They completely dismantled the Hawks after quarter time last week, but Cairns will be better at stopping the 36ers’ stars. Adelaide is helped by the big win last week, and can take the momentum into this game, with everyone shooting well.

The two big men of the NBL will go to each other to start this match, and it’s extremely unlikely anyone else will get the Bogut assignment. Their stats just scream out at you. Boone is averaging 11.9 points a game, 8.8 assists and 1.9 blocks, whereas Bogut with 12.1 points a game, 12.1 rebounds, 4.4 assists and 3.5 blocks. A now-experienced NBL player, Boone plays well in the championship team, where NBL-newbie, Bogut is Sydney’s go-to man.

Melbourne led all game in Round 4, in a game where both teams shot poorly. The low-scoring affair had a lot of created chances, but DJ Kennedy was the difference, with 24 points and10 rebounds. Mitch McCarron (14 points, nine rebounds) and Josh Boone (10 rebounds) saw the United defence stand tall. For Sydney, Kevin Lisch (15 points) and Andrew Bogut (15 rebounds) worked well.

Season so far: Melbourne won against New Zealand and Brisbane last week, and didn’t move from second place. As for the Kings, they’re a spot behind, but have played three games less than United.

The game: It’s another superstar battle between the big city rivals. In David Barlow 250th game celebrations, Melbourne will be hoping to get up. Since last meeting in Round 4, United have dropped one game (Illawarra in Round 5) whereas Sydney have won their two since the Monday-night battle. It’ll be play-making galore as some of the league’s best go head-to-head, and Boomers teammates will look for an edge leading into FIBA qualifications. Like last time, it’ll be a long slog between both teams, providing plenty of entertainment to fans.

It certainly won’t be the same result as last week which is why Ogilvy will be guarding Johnson more if he gets forward a lot. But the defensive work from these two is outstanding, as they both recorded three blocks against each other last round. Ogilvy averages 5.9 rebounds a game whereas Johnson averages 8.3 a game. If the Hawks can limit their fouls on the bigger player, as that’s where he’s most dangerous, it could be a big game-changer.

Illawarra got an early lead but deep in the second, lost the control for the rest of the match as the margin grew and grew for Adelaide. Anthony Drmic, Nathan Sobey, Daniel Johnson and Jacob Wiley scored16 points each with the former two bringing down nine and 10 rebounds respectively. The Hawks were led by a double-double from Blanchfield (22 points, 11 rebounds).

Season so far: Illawarra almost beat ladder-leaders Perth last week but couldn’t keep up in overtime. The Hawks sit sixth at the end of the round. Adelaide had a commanding win over the Hawks to bump up its percentage.

The game: Illawarra will be putting last week behind them and focusing on ways to reverse the result. For the Hawks, the game came undone after quarter time, but it took a couple of minutes for each team to really get going on the scoreboard. The Hawks can have the fast stats such as last week, but have won just three first quarters of nine games. To be switched on at the start and make transitions to the buckets quickly will be the deciding factor in this match.

With Angus Brandt perhaps out, it’s a big game forJervis. He hasn’t had much game time this season, but has a chance now. The last two weeks, his rebounding is on display (11 versus Illawarra and eight versus Cairns. Long played his best game of the season last week against Sydney. He put up 25 points, eight rebounds and three assists. He’s also deadly with the ball, shooting at 51% and as well as the defensive rebounds (4.6), he creates another opportunity for his teammates by gathering 3.6 offensive rebounds a game.

Season so far: The Breakers are shooting the ball well (46%) and hitting big scores, but didn’t see a result from two attempts last week. The Wildcats got themselves out of a tough situation last week, and could leave them rattled.

The game: Depending on the previous result of this round, one side could be playing more attacking to avoid a two-loss series. Again, the Breakers will want to prove to the rest of the league they could be in title talk, while Perth wants a tighter grip on first. Plenty of Perth and Adelaide players are part of the Boomers squad, so they could be rested, or play limited minutes, meaning the second and third-string players need to show what they can do with the chance.