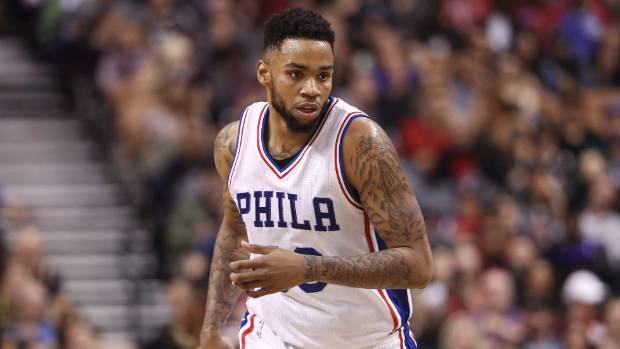 ROUND 4 produced some good results for the Bullets, who are on a two-game winning streak. They play two games this weekend to improve their position, one against Perth who also has a double. The Wildcats and Melbourne sit atop the ladder after last round with five wins each. Cairns and Illawarra have tough assignments, however the Taipans matched it with United last week.

Last week, Ili was shown up against Perth’s Bryce Cotton, and would be searching for redemption coming up against another known star shooter in the league. An aggressive approach by Ili will hurt Cairns, especially as Trimble heads the league in turnovers (4.4), so an offensive break starting with Ili could provide a good matchup. Trimble has shot less than 28 points once, and below 50 per cent once.

A see-sawing game saw New Zealand leading after the third, but a class effort from DJ Newbill (25 points, four rebounds) allowed Cairns to overcome the Breakers. The Breakers rebounded strongly through Mika Vukona and Rakeem Christmas but it wasn’t to be for New Zealand.

Season so far: Last week, Cairns matched it with Melbourne until the final quarter where United rained threes, but that loss continues its losing streak to four. New Zealand too filtered out in the final quarter, ending the game with a 7-20 deficit in that term, after single-point margins at each other break.

The game: These two sides are the worst three-point shooters in the league, so if anyone nails the tricky shot, it will go a long way to decide a result. It’s all about maintaining shooting space for Trimble and DJ Newbill, and Tai Wesley and Shawn Long. New Zealand is the team with the least turnovers (9.0) so don’t expect the Breakers to give up easily.

Gliddon has averaged 22.7 points in his last three matches, whereas Cotton is always a weapon, and has averaged 24.8 in the last four. They attract attention from each other, so perhaps their defensive ways will force others to hit the court hard too, promoting a more intriguing game.

It was Perth’s first loss of the season last month, despite the Wildcats winning the last quarter. It was an all-round great game for every player, with no-one scoring more than 19 points. Terrico White scored 19 with six rebounds whereas Cotton scored 17 and grabbed four rebounds of his own. Cameron Bairstow was the danger man for Brisbane (18 points) and Nicholas Kay had six points, but also added five assists and nine boards.

Season so far: Brisbane had two wins from two against Adelaide last round, and now sit tight in third place. The Wildcats blitzed New Zealand in the final quarter to ensure they stay on top of the NBL ladder, losing only one game this year to Brisbane.

The game: After beating the Wildcats in Round 2, Brisbane will be looking for a repeat that will escalate talks of them being title contenders, and surely their double against last year’s runners up prove they can beat the best. Brisbane is most effective when limiting the opposition’s top shooter, so guarding Cotton again could decide the game, and if close, Brisbane should be able to shut the game down.

Two of the marquee players of the NBL, Sobey has not fired since his triple-double a few games back, as the 36ers are not quite supporting him. Quite the same for Bogut, having to step up defensively and carry a bulk of the load. Both players can position themselves away from their opponents and have the ability to draw fouls.

A high scoring affair in Adelaide, with the home team capitalising on a great first half from both sides. Brad Newley was the top scorer with 23 points, adding five rebounds. For the 36ers, Adris DeLeon (21 points, six assists), Daniel Johnson (20 points, nine rebounds) and Nathan Sobey (18 points, seven assists) were all dangerous.

Season so far: Both teams have been up and down, and nowhere near their best. Their reliance on the same players means they haven’t had an array of scorers, and therefore sees them each on three wins heading into Round 5. Adelaide has played the equal-most games this season but need to start winning now.

The game: The 36ers won’t want their form slump to continue and against the Kings, but it could. Although, the Kings at time have also struggled with consistency. Sobey needs to work better after an exciting triple-double a little while back, but will need others to support him. Each team’s way into working themselves into the paint and onto the rim will decide this game.

When each of these guys are at their physical best, it’s a sight to behold. And if each of them get going, fans will be happy. Trimble, who is one of the best players in the league at the moment, isn’t afraid of the conditions of the game and is leading the league for scoring. Ware, stepping up in Goulding’s absence has fired up United many times and with Goulding potentially missing again, he’ll still be a force.

United never surrendered the lead, and never looked back after hitting the first nine points – all threes – within the first 90 seconds of the game. The Taipans pressed late in the third and early in the fourth, but a masterclass from Casper Ware (32 points at 64 per cent) allowed United to take the points. Ware was challenged by Trimble (34 points at 65 per cent), and Newbill also contributed 18 points, but the rest of the point scorers couldn’t manage more than eight points for the Taipans.

Season so far: United are still crushing along nicely, ready to pounce on top spot should Perth slip up somewhere. Before this round, they’ve won the same amount of games, with the loss to the Hawks hurting. Cairns has been good, but is still sitting on one win.

The game: Both of these sides like taking their time and looking for effective ways to score, and for that we could expect a low-scoring affair. Cairns will be on the defensive end early to eradicate any open looks United will get like last time. If Goulding is fit, he’ll be a welcome addition to the starting lineup, but Dean Vickerman has shown he’s willing to play around with his squad.

These two sides are the best assisting teams across the NBL, and they’re lead by these two for their respective teams. Jackson averages 4.1 while his opponent averages 4.6 a game. Both have a good defensive side lately, but Martin didn’t play last week, and should he slot into the side, he’ll make his own mark.

It was a compete loss for the Hawks, meeting the Wildcats in Round 1. Illawarra didn’t score more than 18 in a quarter, including 10 in the third. Cotton (15 points), White (20 points) and Damian Martin (nine assists) put the result beyond the Hawks as Conklin hit 17 for them.

Season so far: Perth has been playing good ball all year, and continue to hold onto top spot after showing New Zealand last week. Illawarra has the game plan to go the distance, but need to do better at scoring in decisive moments.

The game: The Hawks have played twice at home this season for a one and one record, but need to put their best food forward for the home fans. The Hawks, not a top-scoring team, and Perth, a team who can slow momentum, could mean it will be a different result to their earlier meeting. Like last time, Perth has too many stars to share the load, with the Hawks having their work cut out for them.

These sides are the two worst rebounding teams so Hodgson (6.5) and Long (9.0) will have to crash the glass and force the opposition on the back foot. The two team rebounding leaders have scored well in their games this season too, but it’s time for one side to show the rest of the league.

Brisbane got its season off on the right foot with an impressive win over the Breakers in the opening game of the season. The Bullets picked up after the first quarter, winning each of the final three, and keeping the Wildcats to an average of 17.3 points throughout those quarters. Corey Webster (23 points) was the only standout for New Zealand but it was Cameron Gliddon for the Bullets who started his campaign strongly with 29 points, six rebounds and two assists.

Season so far: Brisbane is heading towards favourites for the championship after knocking off top teams and sitting third at the moment. The Breakers haven’t been the greatest but just need something special to enter the top four.

The game: The Breakers will be impressed they kept some Brisbane starters to no points in their Round 1 encounter, but will be looking for more input from their own starters too, which they have somewhat found in the last few games. Brisbane has improved, and the Breakers are starting to find their groove, but the two sides will just be playing it safe for a win.