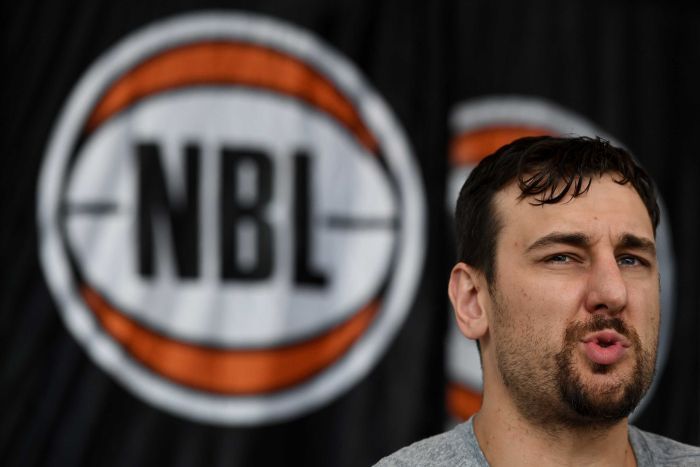 ROUND 4 features two games between the Bullets and 36ers, as Brisbane look to build on its upset with over Perth, while also welcoming former Atlanta Hawk Lamar Patterson, following Alonzo Gee‘s departure. Melbourne United continue to host Monday night basketball while New Zealand and Illawarra come up against tough opposition.

The centres meet on Friday and it’ll be an engaging battle to see who can protect the rim the most, and take advantage of shots off the glass. Bogut is dominating at NBL level with the former NBA star coming first in rebounds (11.0) and blocks (3.6) as well as shooting 10.8 points a game at 58 per cent. Ogilvy has played in three of Illawarra’s games for 12.3 points, 10.0 rebounds and 1.3 steals and will need to be at his best to stop his opponent. Alternatively, David Andersen could play on his Boomers teammate.

The last time these two sides met in November last year, it was a thrilling game with the score ending 80 all at the end of regulation time. Sydney was up by as much as 19 points deep into the third quarter, but only scored eight points in the fourth, to the Hawks’ 24. Jerome Randle (28 points, five assists and nine rebounds) started his Kings debut in fine fashion, and Perry Ellis (21 points, 11 rebounds) were the top players in the game, but Illawarra’s Rotnei Clarke, AJ Ogilvy and Demitrius Conger contributed towards the win.

Season so far: The Kings were relieved to get a win last week, and even more so when it came in overtime. They’ve jumped to second at a record of two and two. Illawarra is very much up and down this season, winning one from two last week for a two and three record across three rounds.

The game: The Kings have looked good lately, and it’s mostly due to the even contributions from teammates. Illawarra can play the same way, utilising the wings and finding space for open buckets, so Bogut and Kevin Lisch – who plays game 200 – will need to protect the rim every time. Likewise, Illawarra needs to start something in its defence with Cedric Jackson and Jordair Jett having the job in the paint. For the Hawks, they have to limit the damage early afternoon giving up an average of 28.8 points in their precious four opening quarters. It’ll be a game filled with MVP winners with Lisch (2012, 2016), Randle (2017), Brian Conklin (2015) and Jackson (2013) all featuring. The last time this happened was 1991.

After a brilliant double-double last week, Angus Brandt is etching himself into MVP talk after collecting 20 rebounds against Melbourne, 12 of those offensive as he looked for second chance points or to kick start another chain. He also put up 14 points and had one block and a steal. He comes up against another great rebounder in Shawn Long who averages 7.8 a game and like Brandt, can punish from both ends of the court. Last week he had 14 points (85.7% from two point range), two blocks and three steals.

A comprehensive victory for Perth with the ever-reliable Bryce Cotton netting 27 points. No Breakers player scored more than 10 points, however, Mila Vukona rebounded on seven occasions.

Season so far: Perth suffered its first defeat of the season last week to the improving Bullets, but it was still a blow for the early championship favourites. The Wildcats are still sitting on top after an overtime win against Melbourne. New Zealand hasn’t exactly been a team looking to make a statement this year, sitting two and two, despite a 20-point thrashing of Adelaide last weekend.

The game: The Wildcats will want to maintain their handle on top of the ladder, as it could be lost should they lose this game. What they have going for them though is that they’re the only remaining team to be unbeaten at home. The Breakers have won more than any other team visiting RAC Arena though. Tai Wesley has slotted in at home and leads the Breakers in points (18.5), whereas Bryce Cotton doesn’t seen to be drying up his scoring anytime soon.

Ware is living it at the moment, shooting 23.5 in the past two games. He’s small, fast and crafty and can use the floor well, and he’s not afraid of shooting from downtown (40 attempts for 11 baskets). His counterpart, Newbill is opposite physically but is even more punishable. He missed the Adelaide game last week but returned well against Sydney with 18 points, making his average of 18.7. A starter, Newbill has played more than 34 minutes in each game and is able to rack up 8.3 rebounds and 4.3 assists.

United never surrendered their lead after the first quarter, but the game always kept in the balance. The usual suspects led the way in Casper Ware (24 points, five assists) and Josh Boone (13 points, mine rebounds). Mitch McCarron wrestled for the Taipans, but was alone, getting 16 points, three assists and seven refunds.

Season so far: Last weekend, United enjoyed success on two occasions, beating Perth in double overtime and grabbing the win from Illawarra on Monday night, putting them at 3-2 this season. Cairns has been competitive but sit last on the ladder.

The game: It seems that Melbourne should make light work of Cairns but nothing can come easy in this competition. Chris Goulding didn’t feature in last week’s win against Illawarra, and may not again this week but United have plenty of stars to fill the void. The crowd in Cairns will be hoping their losing streak doesn’t continue to four, but are hopeful that coach Mike Kelly – who was an assistant to Melbourne last season – may have a few tricks up his sleeve.

Sobey will always be a star of the NBL, and his past two games of 10 and 12 points is quite unlike him, especially after his triple-double against Cairns. Although, he has always been around the arc, looking for players in the right positions to pass to, averaging 6.4 assists. But nothing beats a Sobey show lighting up Titanium Security Arena. One man that can put Sobey in the shadows is Gliddon, who is experiencing a career-best year so far. At age 29, he has 17.7 points a game and is deadly at the line (17 from 18). He works his way around the court, averaging 4.5 rebounds and 3.3 assists.

It was just three days prior that these teams met last, and it was a tough, gritty contest that had scores of 61-60 in Adelaide’s favour at half-time. Brisbane won the second half though through 24 year-old Reuben Te Rangi (29 points including six from outside the arc). Cameron Bairstow continued his rejuvenation, and Vukona made a mark off the bench. Daniel Johnson had an equal season-high 23 points for the 36ers.

Season so far: The Bullets have surprised some, but their style of play is good for any viewer to watch. They are willing to take the game on, but it has not translated into positive results. The 36ers are similar, and would be rocked by having two losses in a row, especially one to the tune of 20 points against New Zealand.

The game: Both teams have been at their best at times, and been underwhelming also. The Bullets are beginning to show the rest of the competition that they’re style is one to catch up with. They will take enormous confidence out of Friday’s result, and may not change anything. The Bullets aren’t afraid to shoot outside (first in the league with 39%) but will want to be on top of any stray ball in their defensive zone (last for rebounds). Both teams have plenty of run off the bench, as well as a couple of young guns who know how to play.

Barlow has stepped up for United this season after average seasons in the past. Right now, he’s only had one game under 10 points, and is coming off a 17-point game against Illawarra. But what Barlow does well is not crack under pressure, as we saw in the game against Adelaide. He helps out across the court too, offensively and defensively and plays a major part in Melbourne’s wins. Kickert is averaging 14.0 points a game at 53 per cent. The Kings have only played four games this season but Kickert is putting his hand up for a starting position.

For the most part, it was a close game and Sydney cut the margin to six midway through the final quarter. After that, Melbourne went on a 11-point run to put the game beyond reach of the Kings. Josh Boone, Chris Goulding and Casper Ware all scored 20+ points and Boone also chipped in with 13 rebounds. Todd Blanchfield (18 points, five rebounds) and Jerome Randle (16 points, seven assists and seven rebounds) were Sydney’s best.

Season so far: After starting the season with two losses, Sydney has got back even and sit in third place. Last week, the Kings were able to prevail in overtime against the Taipans and had a big win against the Breakers. Melbourne sit second at the start of the round, and should still be there after the Taipans game, provided an upset does not brew.

The game: The Kings are finally getting finding their groove and are on a two-game winning streak at the moment, something they wouldn’t want to end just yet. Melbourne haven’t been able to fully close our games too much this year, but don’t expect that to change. Andrew Gaze and Lanard Copeland return to Melbourne to see their names hanging from the rafters amid the 1993 championship. It will be a close contest, with a lot of emphasis on the defensive plays for each side, but history is on Melbourne’s side, victorious in the past seven meeting, four of those last year by an average of 21.2 points.