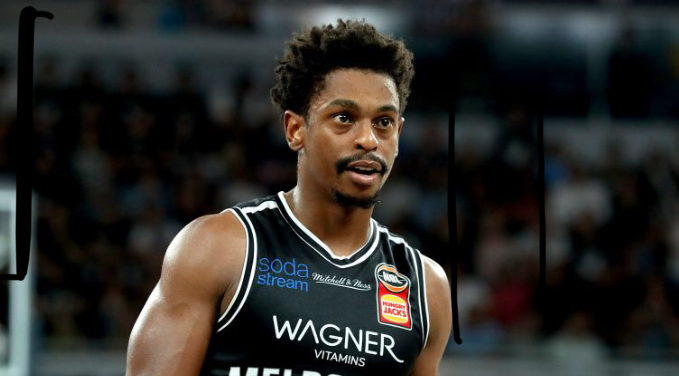 ROUND 12 of the National Basketball League (NBL) begins and ends in the top end this weekend, as the Taipans host the Bullets on Thursday, and again host the Kings in Cairns for the second time in two weeks on Monday night. The Wildcats have broken their losing streak, hoping to beat the Breakers on Saturday to improve their record, while Brisbane and Melbourne should be a good match-up too, as Gold Coast residents get to see the NBL in action at Carrara again.

The key match-up: Devon Hall v Lamar Patterson
The two forward guards have had good years, especially Patterson, who has played 11 games this season for the Bullets. Hall hasn’t lit up the Cairns scoring (10.0 at 34%) but contributes at the defensive end, averaging 4.9 rebounds as well as 0.7 steals and 0.3 blocks. Patterson has been averaging 17.0 points in his games at 48% but his defensive work should also be applauded. He’s gathered 5.3 rebounds and 1.7 steals, coming up big when the Bullets need him most.

Last time they met: Cairns Taipans (88) defeated Brisbane Bullets (70)
The opening game of the season saw the Taipans take the points as their lead grew rapidly in the second half. The Taipans shot 46% from the field and Melo Trimble top-scored with 32 points including seven rebounds. He was well supported by DJ Newbill (16 points, 10 rebounds and four assists). For Brisbane, Reuben Te Rangi was the Bullets’ best, scoring 18 points from the bench.

Season so far:
The Taipans still haven’t improved on their one win this season, sitting last on a 14-game losing streak. Meanwhile, the Bullets have stayed in the top four by .01%, ahead of Adelaide after upsetting the Wildcats back in Round 10 and a big win against the Hawks last week.

The game:
A lot has happened since that opening game, which was Cairns’ only win this season. It’ll take something special to beat the Bullets again, but if Cairns’ scorers fire as they’ve shown at times, it could be alright. Cairns needs to take advantage of the Bullets’ missed shots, despite Brisbane being among the best shooters in the league. The Taipans average 40.6 rebounds a game whereas the Bullets are last in that stat at 37.0.

Wiley is the best shooter in the Adelaide side, going at 58% overall and 60% from two-point range. His points are low (13.6) but his contributions are meaningful. Long, while not being in the same position, is in this match-up because he too is a top scorer at the Breakers. He’s shot 13.3 points at 53% while pulling down a lot of rebounds too (8.6).

Last time they met: Adelaide 36ers (109) defeated New Zealand Breakers (98)
One quarter where you let your guard down can be disastrous, and that was exactly the case for the Breakers. They were outscored by nine in the second quarter after going neck and neck most other times. Shea Ili scored 19 points while youngster, Finn Delany had 18 points next to his name as well as five rebounds. For the winners, Daniel Johnson (28 points, seven rebounds) and Nathan Sobey (21 points, 11 rebounds, seven assists) were enough to see why the 36ers ran away with the ‘W’.

Season so far:
Adelaide isn’t too far out of the top four race, enjoying a three from three result from the past two weeks including the scalp of United. The Breakers beat the Hawks, then lost against the 36ers, leaving them at seventh with six wins.

The game:
The 36ers are the leaders for points scored (95.6) across the NBL and with a range of scorers in the starting five and across the bench, it’s no wonder they can put up big scores. The Breakers though are the best shooters from two-point range (52%). The 36ers will be pouncing on loose balls (out-rebounding the Breakers by 4.4 this season) and will be able to use their fast run in transition and ball movement to get those good looks at the basket, but will be weary of the New Zealand defence.

Blanchfield had a bad outing last week against Brisbane with three points, hurting his average but it still sits at 14.7 a game. He pulls in 5.0 rebounds but records 1.3 steals a game too. Lisch is a good stealer too (1.6) and plays similarly to Blanchfield. Lisch puts up 13.3 points a game and contributes offensively and defensively.

Last time they met: Sydney Kings (83) defeated Illawarra Hawks (68)
It was a down game for Illawarra as the Kings were too strong from deep. Kevin Lisch made four from range on his way to 16 points and Brad Newley scored three, netting 13 points overall for the game. Andrew Bogut knocked down 10 points and grabbed 15 rebounds. Illawarra only had two players in double figures (Todd Blanchfield and Jordair Jett each with 12 points) as Brian Conklin scored nine points, nine rebounds and five assists.

Season so far:
Illawarra lost to the Breakers in Round 10 but followed that up with a great win over the ladder-leaders Perth, before crashing back down at the hands of 26 points to the Bullets. The Kings had a win over Cairns before losing the next game against United, before a win over the Bullets, as they leapfrogged Perth on the ladder, now sitting first.

The game:
The Hawks have been impressive this year and are on the good end of a lot of stats. They average 8.4 steals a game, no doubt helping their run to their offensive end as they average 19.9 assists a game (a league-high). While the Kings have the might of Bogut, they offer the least amount of steals (4.6) and are on the opposite end of the assist-count too (16.4). However, the Kings are just that, kings of the NBL for now, and find ways to win.

Wesley has been up and down but he’s needed and relied on plenty at the Breakers. Like Kay, he doesn’t shoot single digits all too often, putting up 14.8 at 48% and 5.0 rebounds. He needs to be more composed on the court though, giving away a lot of fouls including getting fouled out last weekend. Kay hasn’t really put a foot wrong this season. He’s a great all-round player for Perth with 15.7 points (at a great 60%) and 8.7 rebounds. He’s very composed on the court and can easily change to course of the game.

Last time they met: Perth Wildcats (91) defeated New Zealand Breakers (86)
From the five minute mark of the final quarter, Perth went on a 17-5 run to break away from all the hard work New Zealand had done so far. Terrico White (21 points, five rebounds, five assists) was good as was Nicholas Kay (22 points, 12 rebounds and five assists). Tai Wesley was best for the Breakers, scoring 16 points along with seven rebounds.

Season so far:
The Wildcats continued their horrid run, going down to the Bullets and Hawks before coming back to life against Cairns, but have surrendered top spot. New Zealand enjoyed a win over Illawarra before losing to Adelaide, but the Breakers are still three games out from the top four.

The game:
Perth still boast the best percentage in the league, despite the low scores in its losses. It could be anyone’s game as New Zealand isn’t great at Spark Arena (three and five) whereas Perth are five each way from its 10 away matches. Overall, with Perth’s last few weeks, the match-up is close. But the Wildcats will be out to prove to the rest of the competition they’re not going to stay down for long.

Gliddon has alternated between good games and bad games, so here’s hoping this game isn’t terrible. He’s put up 15.2 points this year and puts down a lot of threes and game-winners. He’s helpful with assists (2.5) and if fouled, does well from the line. Goulding is similar in points (14.0) but has been affected by injury. He is a game-changer too with his three-pointers, and he’s good at the offensive end, offering 2.6 assists.

Last time they met: Brisbane Bullets (90) defeated Melbourne United (74)
This was a dominant performance from the Bullets at Melbourne Arena, as they kept United to eight third quarter points. Import, Lamar Patterson netted 17 points and brought down eight rebounds for the Bullets, while Casper Ware fought for United with his 22 points and four assists.

Season so far:
There have been a few finals-like matches for Brisbane, winning against Perth and falling against Sydney. Melbourne was quite the same, getting the points in a contest with Sydney but suffering a loss against Adelaide.

These are two sides that are pretty much in the same position, each with elements of their game that are exciting, and some flawed. No matter what though, they both have wins. The Bullets have been a great shooting team from outside and can use that to break away from their opponents. Melbourne can counter that though with Ware and captain, Chris Goulding coming back into the frame.

Newbill scores well at 14.5 and is always a punisher. In defence too, he gathers 5.1 rebounds. In steals, he averages 1.4 as his large frame and tall height allows him to intercept passes. Randle has been thriving in a great team, shooting 18.8 at 45%. He chips in with the offensive run with 3.9 assists. His 175cm frame means he can get in an under more and respond quicker to loose balls which is helpful as the Kings score.

Last time they met: Sydney Kings (81) defeated Cairns Taipans (70)
Cairns fell asleep in the second quarter, losing that period 20-14 after leading at the first break. The Taipans matched it with Sydney in the second half (36 points each) but the couldn’t recover from the damage. Trimble did well to score 14 points and seven assists, but the might of Jerome Randle (22 points, six assists) was too much.

Season so far:
The Taipans haven’t positively improved on their record, sitting at one and 14. Sydney have done a lot of hard work to be top of the ladder after Round 11 with an 11 and eight record.

The game:
The Kings will most likely be very strong against Cairns yet again, but the Taipans proved last week they can hold firm. The Taipans are great at pulling down offensive rebounds (11.9) and may need a few second-chance points to have a second-chance look at winning this game. We know how well Sydney’s big men can be around the rim too, so conversion will be key for both sides.