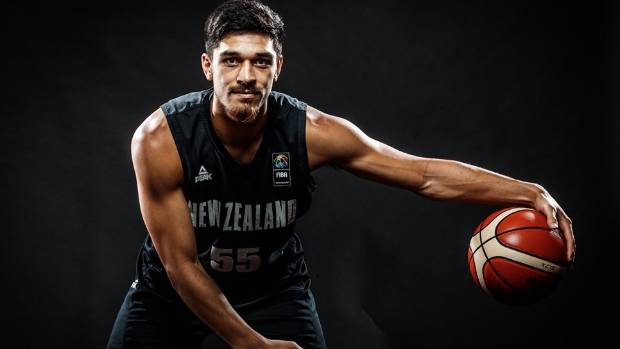 THE opening round of NBL will see plenty of new faces take to the court. We previewed what’s set to be a massive first round.

The key match-up:
Shea Ili v Jason Cadee
Picked up as part of Brisbane’s rebuild, Cadee will look to impress in his first NBL game for the Bullets. He proved dangerous both going in and at range for Sydney last season. Shea Ili will need to keep Cadee accountable on defence and is likely to inject plenty of his own class going inside. Defensively, both need to play a little loose to prevent inside runs, but not enough to let the other put down at range.

Last season: The Bullets finished at the bottom of the table in the 2017-18 NBL season. Their last win was against the Illawarra Hawks, losing their last three games to close out a disappointing season. Similarly, the Breakers’ last win for the season was also against the Hawks in Round 17, but they managed to lose their remaining six games, including both games against Melbourne United in the semi-finals.

The game: Brisbane is set to show a lot more strength in the back court after signing the Australian Boomers pair, Cam Gliddon and Jason Cadee. Cadee is likely to make some waves early on for his new side but faces a fair challenge in Ili. The Bullets are set to come out firing in their third season back in the NBL, needing to make a statement on their worth to the competition. Ili’s class on the inside will be on display with Corey Webster also looking to make a statement with his return after a poor run of injuries in 2016-17.

Key match-up:
Daniel Johnson v Nicholas Kay
Kay loves to drive to the ring, but despite this predictability, he often proves too good to stop. While Johnson definitely has Kay covered in terms of height, it will be hard for him to match Kay’s speed or agility in the paint. In saying that, Johnson will back a few people down under the ring, so Kay will likely have the harder job in defence.

Last time they met: Adelaide 36ers (89) defeated Perth Wildcats (88)
The 36ers narrowly beat the Wildcats in the game that sent them to the finals. Mitchell Creek played close to 39 minutes, picking up 22 points and six rebounds, with Josh Childress dominating on the inside with 25 points and 11 rebounds. JP Tokoto was pivotal with 14 points, six rebounds and five assists, while at range, Bryce Cotton lit up the stadium with a 31-point game.

The game: Cotton will need to be checked early because he will be sinking them from range, with Kay going hard off the drive. The Wildcats have got a decent bit of offensive coverage, but Daniel Johnson will likely dominate off the rebound, while Nathan Sobey and Ramone Moore will have their own impact on the board.

Key match-up:
Andrew Ogilvy v Josh Boone
Ogilvy will have his work cut out for him against Boone on Friday night. Boone’s dominance under the ring is hard to match, so Ogilvy will need to utilise his height as best he can. Boone is likely to sit well on the board if left unchecked, but Ogilvy should not be underestimated at the ring. The pair will be all over each other all day, so we are bound to see a few put backs and defensive rebounds.

Last Season: Melbourne’s last season was undoubtedly brilliant, finishing the leagues’ champion and topping the home and away season with 20 wins and eight losses. Illawarra Hawks probably have some reservations about facing the reigning champions in the first round. They rounded out the bottom four with 12 wins and 16 losses, three wins below the New Zealand Breakers in fourth.

The game: Brian Conklin is bound to have a significant impact on the board alongside Todd Blanchfield and big man, Nichloas Kay. However, it’s doubtful that the Hawks will have enough to knock off United with their talent. Casper Ware and Chris Goulding are likely to combine well on the scoreboard, while Josh Boone eats up the rebounds and puts up a few on his own. Unfortunately for the Hawks, United have covered most of their bases in their line-up. They will need their big names to have some strong performances if they hope to upset.

Key match-up: Jerome Randle v Nathan Sobey
Randle’s handle and speed with the ball is likely unmatched by anyone in the NBL. He boasts an excellent control of the ball going forward and manoeuvres gracefully past defenders. Sobey will have some trouble trying to minimise Randle’s impact, but Randle will likely face the same problems when facing Sobey. Both are very agile players, but Randle may be a cut above Adelaide’s guard.

Last time they met: Adelaide 36ers (104) defeated Sydney Kings (101)
As expected, Creek (30 points, four rebounds and two assists) and Shannon Shorter (20 point, four rebounds and five assists) had big games for the 36ers along with Daniel Johnson (22 points, six rebounds and four assists) who dominated under the backboard. Brad Newley had a strong game with 21 points and seven rebounds, while Randle topped the board for his team with 22 points and an impressive 11 assists.

Last Season: These two team had opposite endings to the 2017-18 season. While the 36ers made it to the finals and finished second on the table, the Sydney Kings had a rather disappointing season, finishing second-last with 11 wins and 17 losses. However, they did manage to win four of their last five games.

The game: Sobey, Moore and Johnson are set to be the Kings’ biggest problem. Johnson will likely muscle up a few on the inside while Sobey should hold himself well in contest with Randle. In saying that, minimising Randle will be no easy feat. He’s likely to sink a few alongside Newley. It will probably go the way of the 36ers due to their better spread, but Randle could also have a big kick off to this season.

Key match-up: Cameron Bairstow v Alex Loughton
Since they are both damaging in the paint, there could be a few wrestles for the rebound throughout the game. Bairstow is likely to have some issues accounting for Loughton’s jumper, but should have him covered if he tries to push inside.

Last time they met: Cairns Taipans (83) defeated Brisbane Bullets (80)
It seems everybody stood up for the Taipans the last time these two sides faced. Loughton sunk 22 points, Mitch McCarron had 16 with nine rebounds and three assists, and Jarrad Weeks downed 15 with four rebounds and four assists. There were only two real standouts for the Bullets in Daniel Kickert (27 points, eight rebounds and one assist) and Travis Trice (26 points, one rebound and five assists). The pair stood tall and worked hard to keep their team close.

Last season: Neither of these teams had stellar performances last season, so this game could go either way. Brisbane’s considerable list change means it will be hard to pick a winner in this contest, but the Bullets are bound to kick the season off strong. After finishing on the bottom of the table for the third year in a row, facing the Taipans might instill some confidence. The Taipans may have finished only a little higher than the Bullets, but the sides did both lose four of their last five games.

The game: Heading into their second game, we are still likely to see some solid performances from Gliddon and Cadee in the back court, with Gliddon coming up against his old side. Loughton should also make a few waves, with Japanese sensation, Makoto Hiejima looking to come in with a strong first round. Bairstow will likely pose a threat on the rebound and drive for the Taipans, with DJ Newbill shooting strong and Nathan Jawai providing a strong body in defence.

Key match-up: Casper Ware v Shea Ili
Both these men move well with the dribble. Ware shows plenty of polish driving inside, whereas Ili plays with a little more range. Ili’s biggest task will be to match his footwork and keep his run limited, but Ware has proven crafty in tighter positions. Ili will best minimise Ware if he’s able to break him open on the offensive, and with his unpredictable style, it shouldn’t be too hard.

Last time they met: Melbourne United (88) defeated New Zealand Breakers (86)
The last time these teams faced, United eliminated the Breakers from the finals and went on to win the league. Boone had an outstanding game, dropping 33 points and 15 rebounds. Ware also played well with 15 points and six assists, and Casey Prather stood tall with 12 points and 11 rebounds. For the Breakers, Newbill performed well across the board with 21 points, eight rebounds and four assists. Kirk Penney (17 points, three rebounds and two assists) and Robert Loe (16 points and four rebounds) were also impressive.

Last season: While it is sufficing to say that Melbourne finished the top of the table for good reason, New Zealand’s season should not be overlooked. The Breakers had a strong start to the season, but had a sharp drop come the second half, losing four of their last five games.

The game: Boone should have another big performance against the Breakers, finishing last year with great form. Ware’s class should be firing on all cylinders as he weaves his way to the ring, and Goulding is bound to sink a few as well. For the Breakers, Ili might prove a problem for the reigning champions, with Webster looking to stand well in the first round. Despite a few good efforts, United should walk away with a comfortable win and set themselves up nicely for next round.

Key match-up:
Angus Brandt v Andrew Ogilvy
This will be an interesting contest to say the least. Stats are pretty similar for the pair with Brandt having the slight edge in scoring (9.8 average in 2017-18), but Ogilvy having the lead in rebounds (5.5 average in 2017-18). Ogilvy also has a slight height advantage, but Brandt remains quite agile and quick for a centre. The Hawks tall will have to use his strong read if he’s going to take an advantage, but Brandt’s speed might prove too much.

Last season:
The Hawks won two of their last five games for the home and away season, topping off the bottom four; three wins away from fourth spot. The Wildcats similarly finished with two wins from their last five but managed to finish third with 16 wins. Wildcats also had the least amount of points scored against them which speaks wonders for their defence.

The game:
Cotton will likely give the Hawks a lot of trouble at range, with Kay and Brandt mopping up well under the ring and dominating off their drive. The Hawks have a lot of less tried talent so the weekend could be interesting. Blanchfield is likely to have an impact alongside Coenraad, while Ogilvy will have his work cut out for him against the Wildcats’ big men.