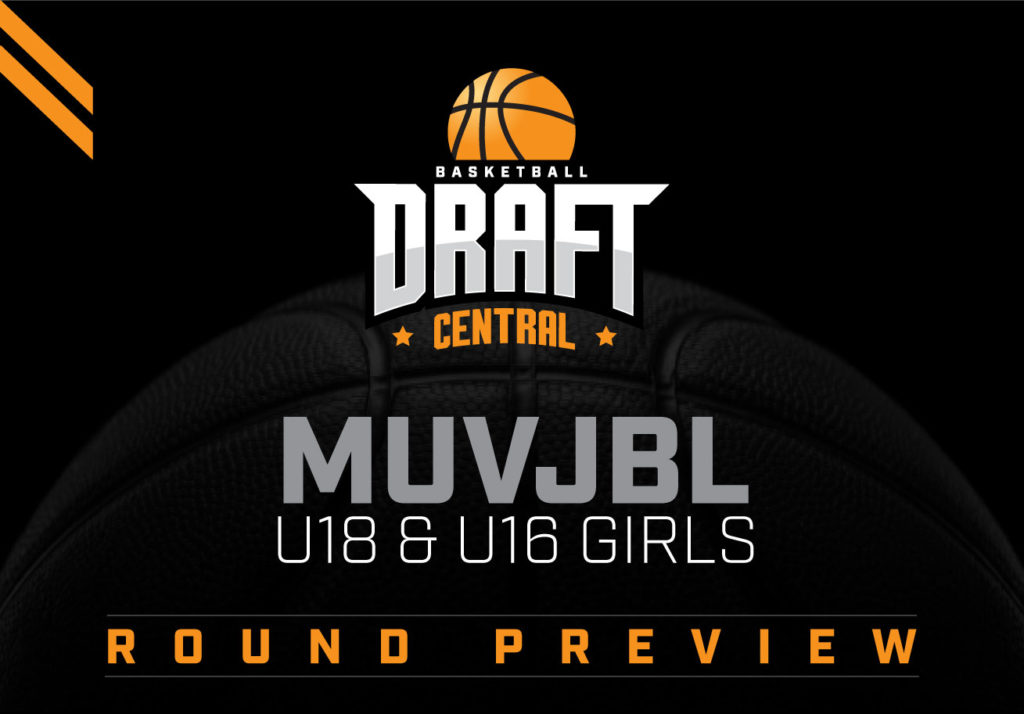 THERE was a clear divide between the top two sides in three of the four divisions with matches tonight to determine automatic qualification to the Melbourne United Victorian Junior Basketball League (MUVJBL) championship division for the Under 18 Girls. We take a look at each pool in the Under 18s and Under 16s.

Pool 1:
With a clear top two formed, Pool 1’s elites play off for top spot, while the bottom sides will look to get on the board in the final round. Ladder leaders Broadmeadows host Waverley in the play-off for first, with the Broncos’ admirable percentage of 196 keeping them atop the standings – 66 per cent adrift from the second-placed Falcons. At the other end of the ladder, Eltham boasts a percentage of 77, 25 per cent better than Melbourne 2 going into their battle to avoid last place at home. The Wildcats will hope to hold onto their current standing to have a second shot at qualifying, but the Tigers could well roar in their final game. With first and third on the line in either game, there is still plenty to play for in Round 3 and it should produce some hotly-contested ties.

Pool 2:
In a familiar scenario, the top two sides in Pool 2 are set to do battle for automatic promotion, with third place also up for grabs in the round’s other game. There has been a clear gap between the top and bottom two, made most obvious by the margin of percentage between second (153) and third (68). The battle for first sees the gap poised at a far less margin, but percentage will not matter after one side’s 0 finally goes. With both survival and spared blushes available to the winner out of Collingwood and McKinnon, Pool 2’s results will be another entertaining prospect as the weekend rolls around. Despite sitting last, McKinnon has conceded less points than nearest rivals Collingwood, and will be in with a definite shot.

Pool 3:
With Diamond Valley the clear number one in Pool 3, third placed Ringwood faces an uphill battle in its quest to snatch second as the sides meet in Round 3. The Hawks could of course also fall to fourth if they lose by a considerable margin and bottom side Sunbury snatch a win, so the ramifications of the clash could prove to be huge either way. The Jets will be relying on a big Eagles win to bridge the 19 per cent gap, while also having to beat Melbourne to stand any chance of progressing in third. The Tigers will be looking to put those hopes to bed, but face an absolute mountain to climb in their quest for first. Relying on an Eagles loss and facing a percentage bridge of 107, Melbourne would not be blamed for settling for second. Still, there is no room for complacency as sides look to take their last chance to jostle for position.

Pool 4:
As is the case in Pools 1 and 2, the ladder-leading teams will tussle for first spot in Round 3, while the bottom two look to stay alive and snatch third. There is not much separating first-placed Warrandyte from Pakenham, and a home court advantage in their clash could make all the difference in settling who gains automatic qualification. It looks to be a similar story in the round’s other fixture, as Werribee hosts Bulleen 2 to decide who snatches third. While both sides have scored the exact same amount of points, the Boomers have conceded 17 more thus far – a stat they will have to rectify as they search for a win. It does not look like a high-stakes week on paper, but make no mistake that each team will put it all on the line as they look to gain an all-important final edge.

Pool 1:
Top spot and a chance at survival are on the line across Pool 1’s Round 3 fixtures, with the clear frontrunners looking in ominous form going into their clash. As it stands hosts, Bulleen sit top on the back of impressive defensive performances, while Bendigo is 27 per cent behind despite averaging 67 points per game. It shapes as a game where an irresistible force meets an immovable object, promising to produce a ripping contest. In the round’s second game, Dandenong and Nunawading’s second sides do battle to determine who can grab their first win along with third spot. Elimination awaits the loser, so neither side should be leaving anything on the court come the final buzzer.

Pool 2:
A familiar scenario is set to take shape in Pool 2 as first faces second, and third takes on fourth to confirm the top three qualification places. A free-scoring Ballarat side hosts Ringwood in a clash to settle top spot, with the Miners holding just a five per cent advantage in first place. The Eagles will count themselves in with a huge chance given the defensive display they put on last week against Melbourne, but will have to be at their best here. In the round’s second clash, Latrobe and Melbourne 2 take their settling battle to the National Basketball Centre, with just one per cent separating them. With nothing but a win set to help either side in their respective missions, this game could prove just as entertaining as 1v2.

Pool 3:
The scene in Pool 3 is slightly different, with fourth place all but eliminated and first place also almost certainly decided. Leaders Altona host second-place side Sunbury, but even a resounding Jets win may not be enough to uproot the Crocs in first as percentage stands in the way. Wangaratta plays host to bottom side, Hawthorn 2 in a clash that could settle which side grabs second spot. With the winless Magic holding a percentage of just 55, their chances of progression remain slim – even if they manage to beat Wangaratta. There does not seem to be a whole lot on the line, with pretty extraordinary circumstances having to take place to rearrange the table drastically, but that should not stop each side from putting in big shifts.

Pool 4:
As is the story in Pool’s 1 and 2, automatic promotion is on the line for two unbeaten sides, with third also to be decided by the bottom two of the group. Bellarine and Casey hold virtually identical form-lines at the top end of the ladder, with the Cavaliers edging their rivals out for the current top spot. With no risk of falling out of a qualification spot, expect both sides to throw down in this one. The round’s other game poises Southern Peninsula against Bulleen 2, with the Sharks hosting in their bid to retain third place. While survival is less impactful that the battle for first, the high stakes should provide keen interest.