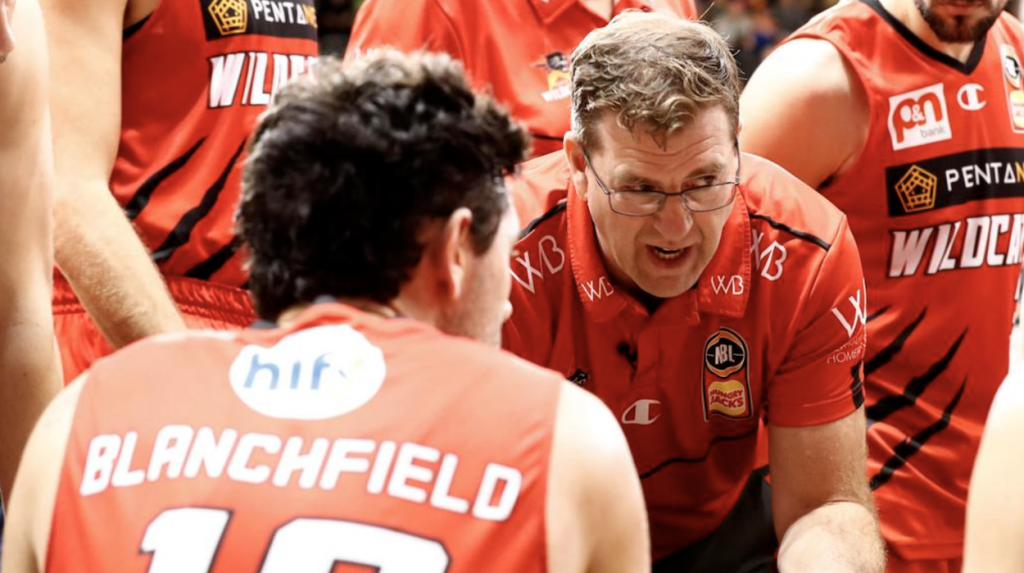 BEFORE their opening NBL Cup matchup on February 20 against Melbourne United, the Perth Wildcats had a rather unremarkable record of two wins and three losses. With this average start, the West Australian side sat as low as seventh up until the beginning of Round 6 and were in desperate need of positive results.

Today, the Wildcats sit second on both the NBL season ladder (six wins and three losses) and first on the NBL Cup ladder (four wins and zero losses), as Trevor Gleeson and his squad have re-emerged from the depths of the NBL’s bottom end and are looking to continue their dominance over the course of the season leading into finals.

Looking back at the Wildcats’ last four outings and performances in the NBL Cup, we first take a glance at their statement win over the league leading Melbourne side that was unbeaten in eight games to begin their campaign.

It was a major upset to United, given that many would not have pegged Perth to bounce back and beat the top side in the NBL after having suffered their worst defeat in three years. But Perth managed to do just that, setting in motion their exemplary form leading up to this point, thanks primarily to MVP Bryce Cotton’s 22 points and seven assists (22 points in the second half).

Having just earned his 250th win, Perth’s head coach was ready to keep the momentum going and quickly got ahead of the franchise’s worst start in eight years, sitting at .500 with three wins from six contests.

Three days later and next up on the agenda for Perth were their Grand Final opponents from last season, the Sydney Kings. To make things more dire for the defending champions prior to their contest, was the fact that Cotton was not guaranteed to participate as a result of an illness earlier in the week.

Thankfully for Perth fans, their leader made a last-minute recovery just in time as he strolled his way to a mammoth 30 points and nine assists, with Perth assuming control of the contest in the third quarter off the back of a 32-17 run. Meanwhile, John Mooney continued to do what he had been doing all season with 30 points and 16 rebounds, and Todd Blanchfield was proving to be a player that the Wildcats could rely on to play well if they were to topple a high-quality side like the Kings.

Perth continued their impressive list of accomplishments in their quest for the NBL Cup and their fight back to the top of the regular season standings by knocking off the final team from last season’s semi-finals, the Cairns Taipans, holding the Queensland side to their lowest scoring total of NBL21.

Led once again by the trio of Cotton, Mooney and Blanchfield, Perth’s 89 to 69 win over the Taipans extended their winning streak to three games and in that same amount of time the Wildcats had not only improved to a record of five wins and three losses, but they had also now risen up the standings to a commanding second seed and were now hot on the heels of the formidable Melbourne United roster.

To end the recap of this new-look Wildcats side over their last four encounters, it was a nail-biter to put it lightly last night, with South East Melbourne unable to slow the roll of the red and black. Simon Mitchell and his outfit went down to Perth by a single point following a buzzer beating attempt by Kyle Adnam that failed go down.

In hindsight it was a gallant performance by the Phoenix, but Perth’s dominance in the paint was too assertive at the State Basketball Centre, winning the category 40 to 26 and allowing the defending champions to put themselves in the driver’s seat. A common trend that the Wildcats have utilised in their recent run of victories and also a trend they will need to continue into the foreseeable future.

Suiting up again tonight with four outings remaining in Melbourne for the NBL Cup, Perth’s major challenge coming up against the Brisbane Bullets will most likely occur in the backcourt when they face off with the one-two punch combination of Nathan Sobey and Vic Law. Sobey, who ranks second in the NBL amongst top scorers (23.4 points per game) and Law who ranks seventh (19.7 points per game), will be Brisbane’s best hope for an upset win over the Wildcats. However, if Cotton and his supporting cast of guards and wings including the likes of Mitchell Norton and Luke Travers can play a consistent brand of basketball, then the Bullets may find themselves in a bit of strife and become the latest victim in Perth’s mid-season rampage.

While it took a while for the Wildcats to hit the ground running in comparison to other sides, they are certainly doing so now. Furthermore, they now sit in the upper echelon when it comes to being championship favourites and the broader NBL fan supporter base is excited to see just how much of a realisation Perth’s quest for a three-peat really is.