Vodanovich and Harris pave the way for Jets rout over Huskies 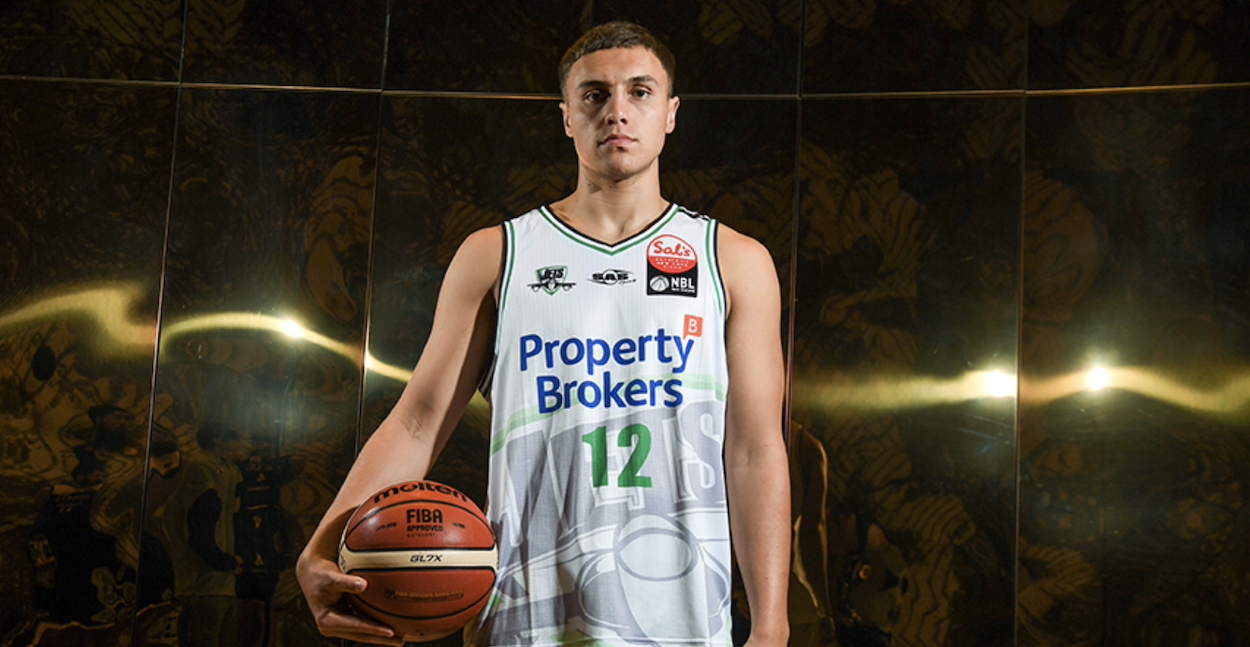 IN the first of last night’s 2020 Sal’s National basketball League (NBL) Showdown match ups, it was Manawatu Jets that got their season rolling, following the 28-point drubbing of the Auckland Huskies in a contest that saw the Jets hold the wolfpack to 21 first half points.

It was the outstanding play of two ANBL (Australian NBL) prospects that neutralised the Huskies’ offensive play, thus being responsible for keeping the Kevin Braswell’s squad winless for at least a day longer in this season’s NZNBL.

Both the Auckland Huskies and the Manawatu Jets went into Saturday afternoon’s contest looking for their first win of the season, with each team staring at 0-1 starts to kick off their NZNBL campaigns.

It seemed that from the get-go the Jets were looking to their shooters early on, as New Zealand Breaker Thomas Vodanovich nailed two three pointers to kick off the first quarter for Manawatu in the infant minutes of the game.

However, Vodanovich wouldn’t stop there as he would go on to score 10 of the Jets’ 16  initial points throughout the first half of the opening period. But on the flip side, it was the poor shooting by the Huskies that got them off on the wrong foot, shooting 27 per cent from the field by the first break, compared to Manawatu’s 56, thus causing them to trail by double-digits early on. Another factor in this was also Hyrum Harris’s 10 opening quarter rebounds.

The situation would remain dire for Auckland throughout the second period, following a 21-3 run by the Jets squad in the first six minutes. As all seemed completely lost by this point for the Huskies trailing by as much as 37, guard Emmanuel Matambanadzo would drain two late baskets leading into the end of the first half, putting a dent into what was a stellar 20 minutes of play from the Jets, with Manawatu leading 54-21 at the main break.

It was more of the same at the start of the second half, as Vodanovich kicked off the third quarter with another bucket from deep, extending his side’s lead by an astonishing 36 points off a Harris assist. Nevertheless, Auckland finally started to put some points up on the scoreboard, outscoring the Jets as a whole in the third quarter, 23-19. Taine Murray amassed 10 of his team’s 23 from the beginning of the third period to the start of the final quarter.

When the final period finally came around, after what seemed like an eternity from the viewpoint of Auckland, Jayden Bezzant would continue a trend that was becoming a familiar pattern, nailing a three-pointer to kick-start the closing quarter and extending the deficit to 32 with a final nail in the coffin.

With just 46 seconds remaining in a completely lop-sided affair, Nicholas Brophy’s two made free-throws would bring the Huskies’ loss under 30 points, capping off a 40-minute rout by the Jets, 95-67. The win would set in motion Manawatu’s season, earning the side their first win of the season, meanwhile the Huskies would slip to 0-2, thus placing them next to the winless Nelson Giants and Franklin Bulls.

The two main factors for Manawatu’s dominant performance could be solely placed on the shoulders of Vodanovich and Harris, as the two would combine for 55 points. Additionally, offensive efficiency was a tale of two stories as the Huskies would shoot a miserable 33 per cent, a deficit of 15 below compared to the victors, who shot an impressive 48 per cent of their attempts. Looking past the plus-11 on the rebounding totals, the Jets would come out on top in basically every statistical category in what was an exemplary second matchday of their season.

Vodanovich, who shot the lights out from beyond the arc, going 10 of 14 from deep at a 71 per cent clip, was largely responsible for his 38 points on the scoreboard. For Harris, a member of the Illawarra Hawks in last season’s NBL competition, improved his stock market value tremendously, following what was a complete demolition job on the boards. Harris’s final stat line would read 13 points, six assists, four steals and a whopping 21 rebounds.

Other honourable mentions for the Jets included Bezzant, who accounted for the team’s second largest gathering of points on the night accumulating 17 was a reliable source of production, shooting 50 per cent on the night, alongside five assists and four rebounds. Whereas, Haize Walker provided the extra goods, finishing his day with 11 points next to his name.

Looking at the positives for the Huskies, Murray’s team-high 16 points was the lone talking point for Auckland in regard to their offence, whereas big man Leon Henry fell a basket and a rebound short of a double-double. Meanwhile, Jaylen Gerrand’s 4-10 shooting performance would be enough for him to crack double digits (10 points).

Auckland has the chance to redeem themselves in less than 24 hours, as they take on the Franklin Bulls. Whereas, the Jets can put themselves above .500 with a win over the Nelson Giants and given their performance last night, it seems a real possibility.