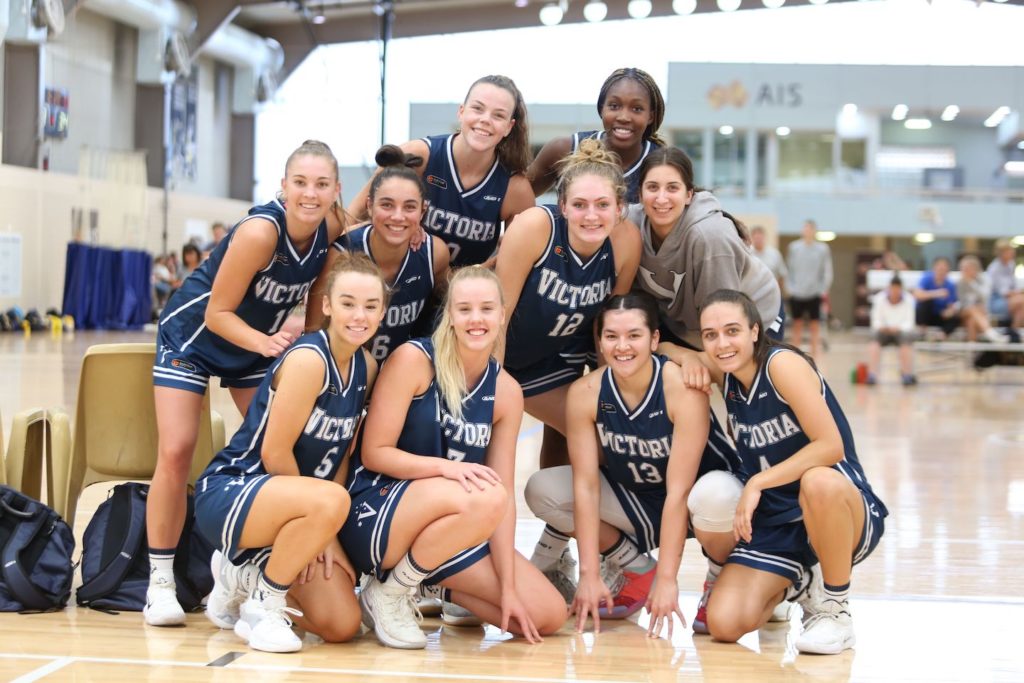 VICTORIA’S Under-20 Women continued their decade of dominance at the national championships over the past week, taking home the title with a 13-point win over New South Wales (NSW) in the gold medal match. It was their ninth straight title, since South Australia last won in 2010.

Leading by six points at the first break, the Victorian women got better as the game went on, winning the second term by 12 and the third by seven to hold a 25-point lead at the final break. While NSW produced a gallant final term to win theh quarter 23-11, Victoria had done more than enough to add extra silverware to its already bulging trophy cabinet.

Victoria’s country quartet flourished on the big stage with Chelsea D’Angelo (17 points, nine rebounds and five assists), Agnes Emma-Nnopu (14 points), Georgia Amoore (12 points) and Jaz Shelley (10 points and seven assists) leading from the front. The four women sunk 10 attempts from the perimeter in a terrific display of outside shooting in the win.

For NSW, Isabel Palmer was the standout performer, finishing the decider with 20 points, nine assists and two rebounds, while Matilda Flood (11 points, four rebounds and five assists) and Josephine Pinkerton (10 points and six rebounds) were also important in defeat.

Victorian Under-20 Women’s head coach, Dee Butler said despite another win, there were plenty of challenges to overcome throughout the tournament.

“Certainly with the players we had on our roster, the biggest challenge we had was for everyone to play well together,” she said. “Having a limited preparation was always going to be difficult too, but I’m sure all the other teams were in the same boat. “We had a great week, we certainly knew New South Wales were going to be a lot tougher – they progressed and improved a lot and I think they were the most improved team at the tournament and it was a good challenge for us. “I don’t know if they (Victorian Under-20 women) understand just how special this is cause they’ll never play together ever again with the same personnel – they were great off the court, they got along really well and were very professional and worked together so it was a breeze for us coaching staff.”

In the Ivor Burge Women’s gold medal match, NSW claimed one back against Victoria, 65-55. Leading by four at the first break, NSW had to fight hard when Victoria cut the deficit to three by the main break. A powerful third term put the game to bed with a 19-9 term in favour of the eventual winners, with Victoria’s 16-13 final quarter not enough to reverse the 10-point final margin.

Zora Hines-Coffey sunk 26 points, had 12 rebounds and three assists in the win, while Britt Anderson was the other dominant scorer for NSW, finishing with 18 points and seven rebounds. NSW was a strong rebounding team, racking up 49 for the match, 44 of which were from the starting five.