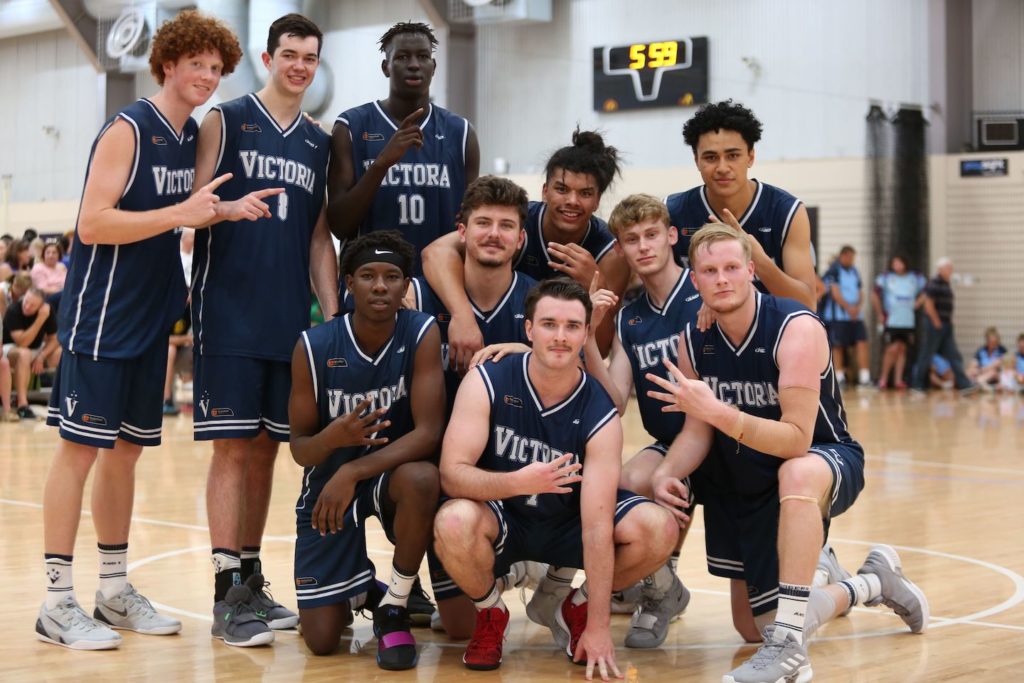 VICTORIA’S Under-20 Men were crowned national champions on Sunday for the second consecutive year after triumphing in their gold medal clash over Western Australia. Victoria’s Ivor Burge Men and Ivor Burge Women also medalled at the tournament, picking up silver in their competitions.

An elite defensive effort set up Victoria’s 76-69 triumph over Western Australia in the gold medal clashh on Sunday afternoon. An emphasis was put on shutting down the West Australian’s impressive roster, including national junior team members Swaka Lo Buluk and Luke Travers, which Victoria did, but not without a struggle. Tyler Robertson (14 points) and Keli Leaupepe (15 and nine rebounds) both stood up in clutch moments to both hit the scoreboard and shut down the dangerous West Australian pair.

With 26 points off the bench, including a second term spree from Kobe Williamson (10 points), Victoria had built a handy lead by half-time. Piece-by-piece the defensive strength of the reigning champions allowed opportunities for shooters to add scoreboard pressure up the other end. Robertson’s four treys set the tone early, while the inside-outside games of Leaupepe and Josh Bannan (12 points and 11 rebounds) made life difficult for their opposition. Western Australia threatened to steal the points at times with Kyle Bowen (22 points, 17 rebounds and six assists) simply dominating, but the overall consistency and strength of the Victorian side saw the team bring home the Jack Terrill Trophy.

Victoria Under-20 Men’s head coach, Chris Anstey said after identifying some areas of improvement earlier in the tournament, the team had come together and put out its best performance in the decider.

“It was nice to continually get better over the course of the week,” he said. “There were a few flaws in what we were doing early and I thought that was our best game defensively and we were really sound. “I think Western Australia had an incredible tournament and we certainly knew how tough they were going to be. “But when it came down to it, our boys were used to playing on the bigger stage and we executed well, got over a few nerves early and the best game for the tournament was the one that mattered.”

In the other men’s grades, South Australia defeated Victoria 85-76 with the winners’ fast start the key to victory. South Australia lead 22-9 at the first change before Victoria hitback. Victorian shooter, Jake De La Motte sunk 30 points, while James Debetta had a massive 18 rebounds to go with his eight points, but South Australia ultimately proved too strong. Jordan Palmer was massive off the boards and up the offensive end with 24 points and 12 rebounds, while Keenan Georg-Dent was everywhere with 11 points and 13 rebounds for the winners. Zachary Georg-Dent scored 20 points, six rebounds and had six assists in a consistent effort across the match.

Meanwhile, Victoria A finished sixth overall in the same division, and the Under-20 A Men finished seventh, with a win over the NBA Global Academy on the final day, 82-75.