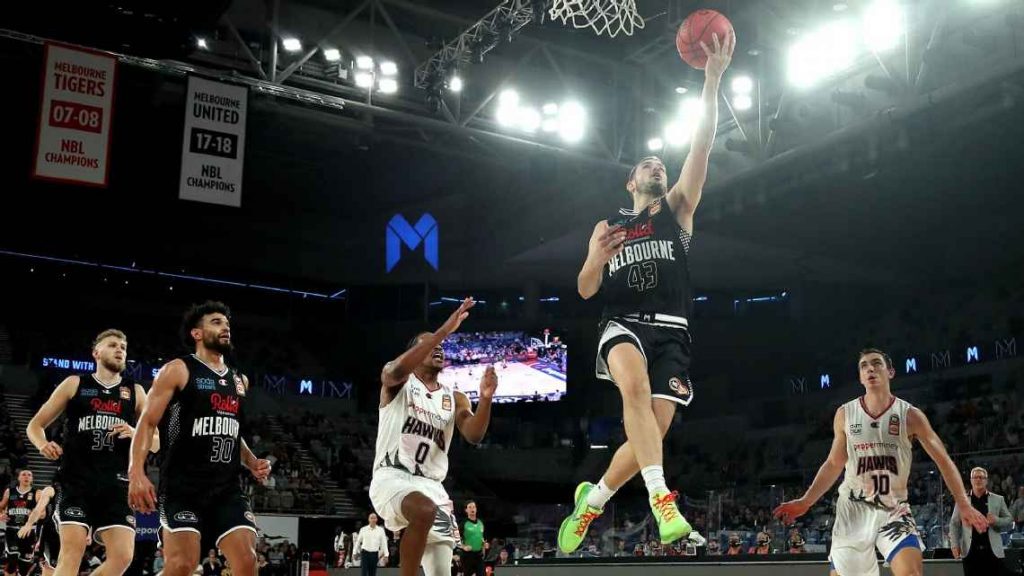 MELBOURNE United are back on the winners list after breaking a four-game losing streak to conclude the National Basketball League (NBL) Cup, defeating Illawarra Hawks by 10 points yesterday afternoon. Whilst they could not seem to muster a win over the past couple of weeks, United ironically were back at John Cain Arena for the tradition NBL season in Round 10, but managed to get the job done there thanks to winning the final three quarters. On the back of efforts from Jock Landale and Chris Goulding, United got up in an 75-65 victory over the Hawks.

The teams could not be split after one quarter, with United starting to gain ascendancy in the second term, to score 20-16 in the quarter an open up a four-point lead at the main break. They built on that lead in the third term, adding 16 points to 13 for a seven-point advantage, before finishing off once again with a 20-17 final term and secure a double-digit win in the end, 75-65. It was comparatively low scoring compared to efforts earlier in the season, but aside from the early going – where the Hawks raced out to a double-digit lead a couple of times in the opening term – and then a brief moment in the third quarter where Illawarra again hit the front – United were in control.

Illawarra never gave in however, drawing to within four points early in the fourth term to give the home team something to think about, but bit by bit, United built on their lead, blowing it out to as much as 15 points past the halfway mark of the last quarter. Illawarra cut it back to the 10 points, but the experience of the United side showed out in the end, recording a memorable victory.

For the Hawks, Justinian Jessup led the way with 13 points, three rebounds, four steals and one assists while Sam Froling (11 points, 11 rebounds) was the most prominent Hawk on the court, though Tyler Harvey (11 points, six rebounds, two assists and two steals) was also good. All the starters shot at under 50 per cent however, and AJ Ogilvy (four points, eight rebounds and two steals) had just two of seven from the field, but was strong off the boards. Justin Simon (six points, four rebounds) and Emmett Naar (seven points, two assists) added points off the bench.

Melbourne United will be looking to go back-to-back in terms of wins when they face the struggling New Zealand Breakers in Bendigo on Thursday, while the Hawks will take on Perth Wildcats at RAC Arena on Friday night.