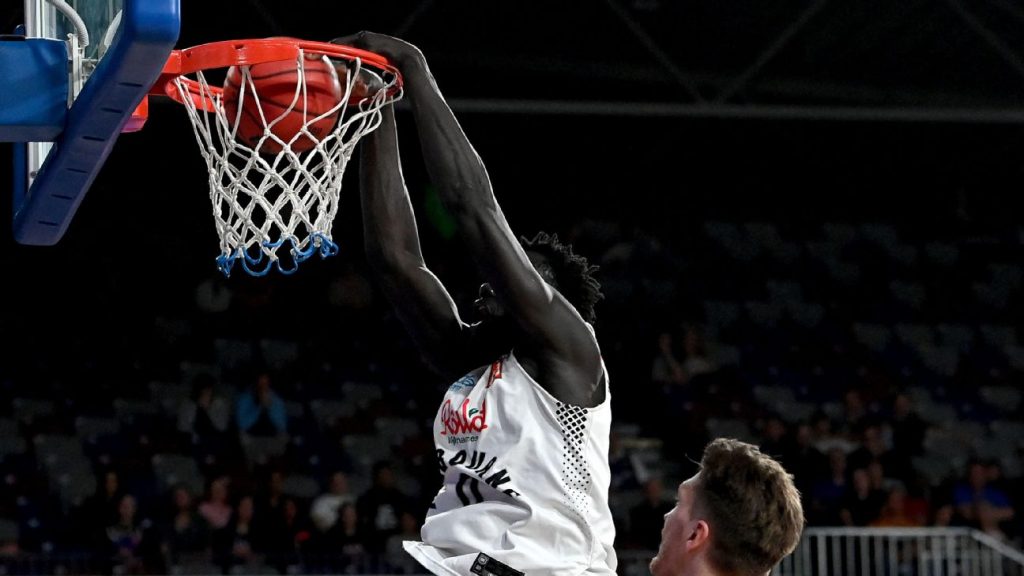 MELBOURNE United put an end to Brisbane Bullets’ finals hopes claiming their 25th win of the 2021 National Basketball League (NBL) season, 99-88. The Bullets came out with a point to prove and were eager to keep their finals chances alive but the class of United shone through as their impressive depth took centre stage.

The home side snuck out to an early lead with Mason Peatling and Jock Landale hitting the scoreboard nice and early. It did not take long for Sam McDaniel to find his range and within an instant United established a six-point lead. But still reeling from that loss to South East Melbourne Phoenix the Bullets generated some much needed momentum. The visitors managed to get busy and find plenty of the rock to shoot it up and steadily eat into the margin with Tyrell Harrison flexing his muscles from down town.  Some strong three point shooting saw the Bullets not only get back into the game but overtake their opponents with an emphatic couple of minutes. Lamar Patterson continued his hot form leading the way with a quick five points before Chris Goulding landed a much needed triple to keep United in the hunt.

With the Bullets holding a narrow lead at quarter time United came out firing in the second to well and truly put an end to that early momentum. Goulding hit a three and within a blink of an eye scores were level. This was the start of a resurgent United outfit as Yudai Baba found his groove plying his trade at both ends of the court and the lead steadily increased to double-digits. Increased offensive pressure from United saw them pile on nine points straight while their defensive nous also kept Brisbane on the backfoot as they struggled to convert only registering 11 points.

Boasting a 12 point lead Melbourne looked to enhance their total and that they did as United poured on seven straight points. The ever-reliable duo of Landale and Goulding made the most of their chances while Shea Ili also found his rhythm as the lead ballooned out to 20 points. The game was well and truly getting away from the Bullets who appeared to have no answers for what the top ranked side were throwing at them but they dug deep as Patterson and Nathan Sobey worked gallantly to stem the bleeding. In fact Sobey could not be denied as the veteran stacked on an impressive 11 points straight to wind down the term and showcase his skillset and workrate.

Dwindling the margin back to 15 points at three quarter time, Melbourne were on the hunt to inflict more scoreboard pain through the hands of none other than captain Chris Goulding and veteran David Barlow. Scotty Hopson was eager to get a piece of the action as he showed off his aerial capacity with an alley-oop while Jo Lual-Acuil was his ever reliable self. But Brisbane were not done with yet. Harry Froling tried to make inroads into the deficit as did teammate Jason Cadee with the end margin a mere 11 points.

Sobey was the main scoring option for Brisbane posting 20 points at 50 per cent from the field while also picking up four rebounds. Patterson had a strong outing for his 19 points, three rebounds and five assists as Froling was influential off the bench with 12 points and six rebounds. Matt Hodgson had an almost game scoring eight points and reeling in nine rebounds as Harrison was key thanks to his seven points and seven rebounds. For United it was Goulding that once again stepped up to the plate with his team-high 20 points and conversion from down town sinking six from 11 attempts. Lual-Acuil was the next highest scorer for the winners registering 18 points at 70 per cent from the field as Ili managed 10 points. Landale was down on his lofty standards with seven points, four rebounds and four assists as Baba was strong throwing down nine points in the win.