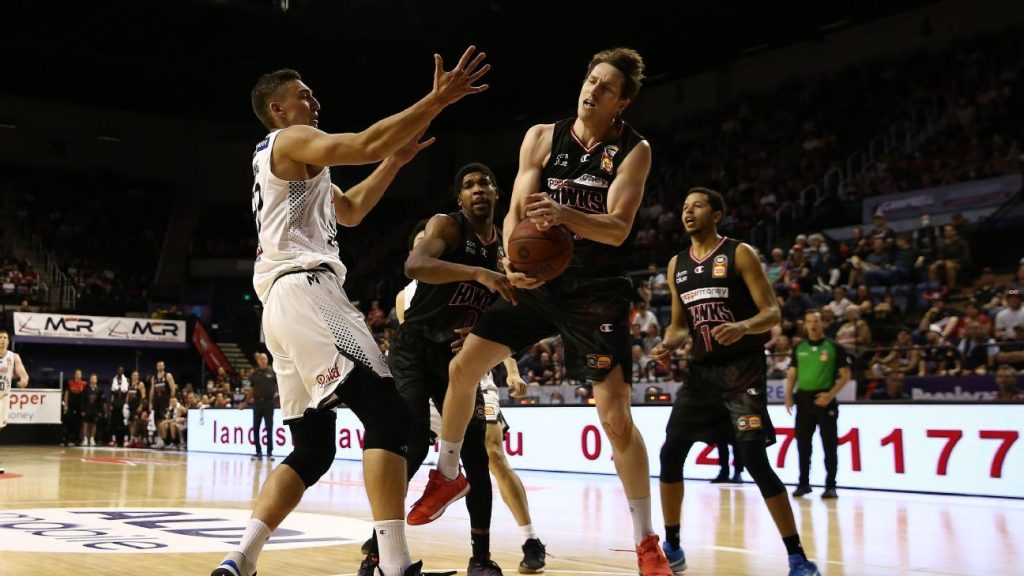 MELBOURNE United has remained undefeated in the 2021 National Basketball League (NBL) season, knocking off the Illawarra Hawks, 91-88. In the first game returning to the WIN Entertainment Centre, as well as returning Illawarra back to the club’s name, the Hawks were up for the fight early, and never gave in throughout one of the most entertaining contests.

The unbeaten United and determined Hawks put on a scoring frenzy in the opening term, piling on a whopping 67 points in the first quarter. Melbourne led 36-31 at the first break, before greater defensive intensity saw the team’s scoring drop after quarter time. The home team cut the deficit to just two points at the main break courtesy of a 24-21 term, and by the final break, just one point separated the sides.

The final term was neck-and-neck but United managed to hold off the Hawks and never surrender the lead. Illawarra did get within a point early, but the visitors quickly raced out to as much as a six-point lead midway through the term. Back-to-back baskets had the Hawks within two again, and the match really tightened up with both teams missing some chances and applying red-hot defensive pressure forcing mistakes. But when Jack White produced a layup with two minutes on the clock, the lead was out to five points.

Successful free-throws from Tyler Harvey and Justinian Jessup drew the Hawks to within just one point with 91 seconds on the clock and it was game on. Melbourne United had a couple of chances to extend the lead, but it was White who again became the saviour with 37 seconds on the clock thanks to a driving layup. Harvey missed the same chance up the other end with 12 seconds remaining, White grabbed the board and soon the final buzzer sounded with United up 91-88.

Scotty Hopson finally found the form many expected of the boom recruit, narrowly missing out on a double-double in his best game this season. Hopson put up 21 points, nine rebounds and three assists in the win, making three of five from long range. Mitch McCarron earned Player of the Match honours thanks to his 17 points, seven assists and four rebounds in the win. White only scored four points – the last of the match for his team – but had six rebounds and three blocks. Jock Landale (10 points, four rebounds), David Barlow (nine points, four assists and two rebounds) and Mason Peatling (nine points, five rebounds) were also productive.

For Illawarra, Jessup (24 points, two blocks) and Harvey (22 points, 10 rebound and three assists) did all the scoring damage, while Sam Froling recorded a double-double off the boards thanks to 16 points and 11 rebounds – five offensive – three assists and three blocks. Cameron Bairstow came off the bench for seven points, six rebounds and four assists in a handy 20-minute stint.

Melbourne United coach Dean Vickerman described the game as “tough” and credited a host of players such as Peatling stepping up when Landale ran into foul trouble, and McCarron captaining the side and leading from the front.

“First half both teams were scoring freely and you know going into the game I was like ‘are we going to make enough frees tonight and then I looked at the stats sheet and we had 10 made threes at the half and the ball was moving really well, we were just disappointed with the way we were rebounding, and it was a bit of a constant throughout the night,” he said. “I thought we made a bit of a change in the middle of the third quarter, and limited their second chance points which they’re a good rebounding team, they crash hard.

“They have two amazing players in (Tyler) Harvey and (Justinian) Jessup, who are amazing scorers. “We worked so hard on them tonight to make everything as tough as possible but credit to those guys, they were really touch. We made some big defensive plays down the stretch, without the players we were missing tonight, it was great to see others step up.”

Illawarra Hawks coach Brian Goorjian said the result did not go their way, but he was proud of the entire organisation and the supporter base.

“There’s certainly disappointment, we’re playing the best team in the league, undefeated. Had a good chance tonight, we knew that coming in. “We had to get certain things done to do that, and we’re just not quite there yet.”