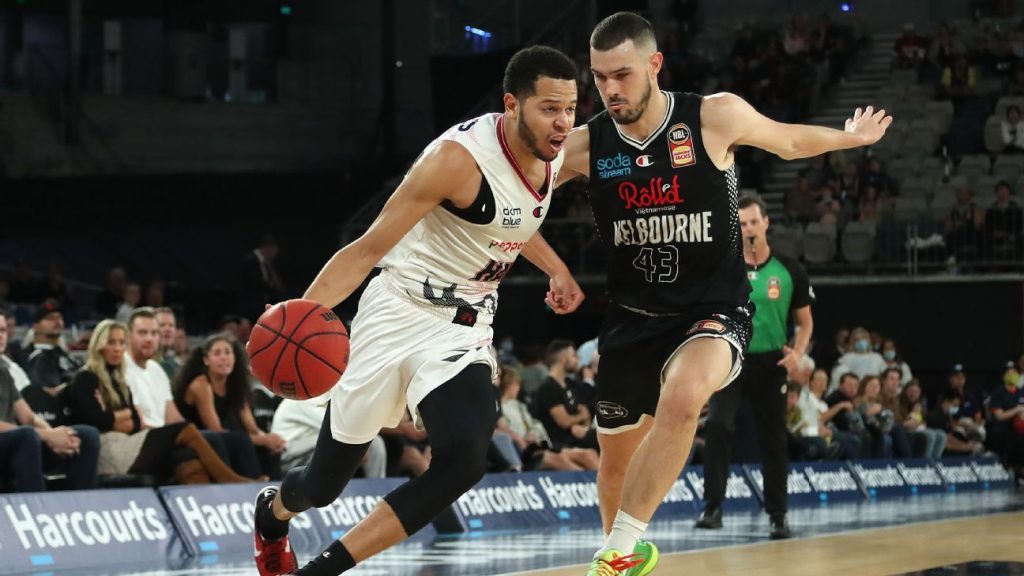 MELBOURNE United made it eight wins on the trot defeating Illawarra Hawks (87-76) thanks to a blistering first quarter of play. Although scoring from both sides fell away in the last term, the damage had already been done with United holding firmly onto top spot in the National Basketball League (NBL).

The Hawks landed the first blow of the game with Andrew Ogilvy nailing a dunk. But from there on out it was one way traffic as Melbourne United controlled proceedings and piled on six points straight to build momentum. United seemed to have the magic touch in the opening stanza with their shooting from range coming to the fore as they drilled eight triples across the first half with Jock Landale picking up where he left off while Mason Peatling got busy for United. It was clear that Melbourne were hungry for the win, applying a wealth of scoreboard pressure while limiting the impact of the Hawks as they shut down their offensive plays to stretch out to as much as a 12-point lead throughout the term.

Holding a nine-point margin at the start of the second quarter, Melbourne United wasted no time hitting the scoreboard as Jo Lual-Acuil opened the account with a dunk and proved to have a hot hand sinking the next points of the game as they extended the lead to 13. Tyler Harvey worked tirelessly to keep the scoreboard ticking over for the Hawks with his ability to find the rim but in the end it was the accuracy from United that was causing real concern. Melbourne continued to convert at just over 80 per cent from the field as the lead creeped out to as much as 18 before Illawarra reeled it in thanks to Justin Simon and Harvey sinking the final points of the term.

With a sense of urgency filtering across the court for Illawarra, they upped the ante in third term, honing in on United and steadily eating into the margin thanks to some increased defence and attacking forays playing off. Sam Froling inserted himself in the thick of things sparking the Hawks’ comeback with support also coming from Justinian Jessup as they snuck back to a 10-point ball game. but before they knew it the game blew wide open again as Landale and Chris Goulding ignited the scoreboard with the latter landing a handy triple.

The final term ended in favour of the Hawks as they outscored their opponents 11-15 but it was too little, too late as United had done more than enough throughout the game to create a handy buffer and ultimately secure the win.

It was a shared approach from United that got the job done with four players hitting double-figures and effectively plying their trade to influence the outcome of the game. Lual-Acuil led the way for United sinking 15 points in his 19 minutes on court while also reeling in seven rebounds. Landale was another key cog, knocking back 13 points at 60 per cent from the field to accompany his 11 rebounds and five assists. Goulding was his influential self, producing 11 points with three triples included in that along with four rebounds and three assists as Yudai Baba tied for points with 11 of his own. Scotty Hopson was down on his lofty standards but still managed eight points at 50 per cent.

The ever-reliable duo in Jessup and Harvey were once again key pillars for the Hawks however it was not enough to get them over the line. Jessup dominated with 19 points, five rebounds, four assists and two steals while Harvey chimed in with 17 points, two rebounds, three assists and three steals. Both Ogilvy and Froling drained 11 points each with the latter also walking away with seven rebounds to his name in a strong showing in a losing effort.