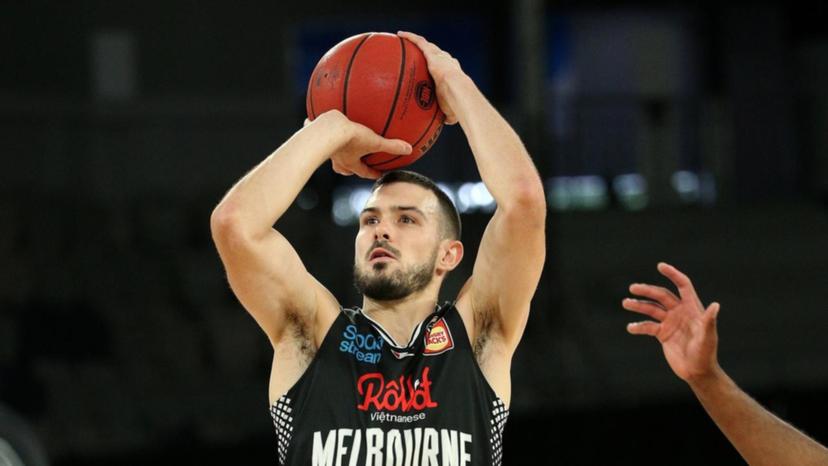 MELBOURNE United have extended their remarkable winning streak with a victory over an undermanned Sydney Kings side at John Cain Arena on Sunday afternoon. The Kings looked dangerously close to causing the unlikeliest of upsets when they led by seven points midway through the third quarter, but the top of the table United side proved too strong as they put the foot down for the remainder of the game to cruise to a 25-point win.

Heading into the game this looked likely to be a one-sided affair, with the Kings missing plenty of troops such as Didi Louzada and rookie sensation DJ Vasiljevic. Melbourne United were without starting center Jock Landale but their form in their last 10 games suggested they would be able to cruise through for a comfortable victory. However, the Kings did not see it this way. Led by former United star Casper Ware and his three first quarter triples, the Kings shot out to a 31-20 lead at the end of the first as Melbourne suddenly found themselves on the canvas in what was supposed to be an easy win. United responded well in the second quarter, fighting back to take the lead themselves. They were superbly led by veteran Chris Goulding, who scored 16 points in the first half to keep his side in the match with his red-hot shooting. Suddenly, Melbourne led by six points at the main break and Sydney were struggling to maintain the intensity and efficiency that gave them ascendancy in the first quarter.

The third quarter began awfully similar to the first, with the Kings bursting out of the gates on a 15-2 run which saw them lead by seven points halfway through the quarter. As expected, Melbourne rallied, and it was once again Goulding who led by example to hit crucial baskets for his team to see them regain a five-point lead heading into the final term. The Kings were still in reach, but ultimately ran out of legs against a United side that was simply stronger. Melbourne dominated the final term, outscoring Sydney 33-13 to run away with an 11th consecutive win, which saw them keep top spot on the ladder with only a handful of rounds left in the season.

For Melbourne, Goulding was fantastic as previously mentioned, keeping his side within reach in the first half when the game could have been blown wide open. Crisis creates opportunity and with their starting center sidelined, Jo Lual-Acuil stepped up in a big way, pouring in 20 points, nine rebounds, three blocks and two assists. It was a statement game from the big man and is sure to have gotten the attention of his coaches. For the Kings, Ware did as expected and led his side offensively, finishing the game with 25 points and five three pointers. He had some nice help from Daniel Kickert, who finished with 13 points off the bench to provide a much-needed spark.

Melbourne’s current winning streak sets up a mouth-watering clash against the second placed Perth Wildcats on Wednesday night, which should make for excellent viewing. The Kings will have the opportunity to bounce back against the Brisbane Bullets on Saturday, in a match-up that should have a serious effect on the top four.