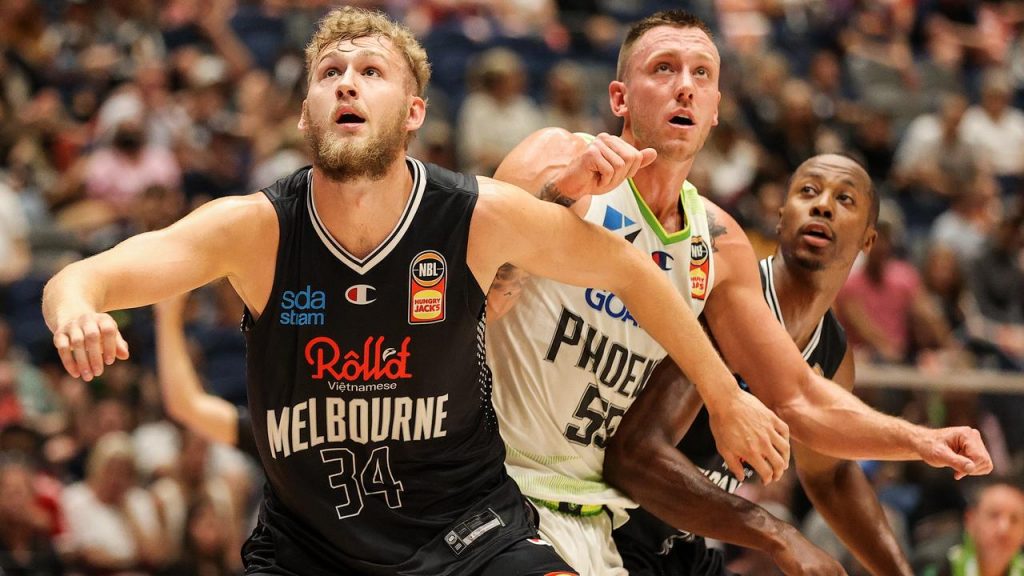 THE Melbourne derby lived up to the hype as Melbourne United clinched an eight point victory over South East Melbourne Phoenix (96-90). A breakaway second and third quarter ultimately told the tale of the game with United separating themselves from their crosstown rivals to claim their third straight win of the season.

The third quarter saw much of the same from Melbourne United, with the side keeping their foot on the pedal to steadily increase their lead. The tables turned in the final term as the Phoenix fought back to try and eat into the margin and get back within fighting distance. It was a blockbuster last quarter from both sides with scoring proving to be no issue as they combined for an impressive 66 points, with 36 of them coming from South Melbourne and 30 from Melbourne. But in the end United did enough to walk away with the chocolates and keep their undefeated record intact.

The shooting proficiency was high for both sides, however United narrowly edged out their state rivals sitting at 50 per cent compared to 46 per cent. United well and truly had the upper hand when it came to three point shooting with a number of players flexing their muscles from long range converting at 48 per cent while the Phoenix managed 34 per cent. Free-throw accuracy was also in their favour, however when it came to two point conversions South Melbourne narrowly led the way nailing 25 from 48 attempts at 52 per cent compare to United’s 51 per cent.

South East Melbourne’s rebounding strength came to the fore with the side recording 41 to 34 and also flexing their defensive traits with six steals to two. On the flip-side, United had the upper hand in assists (22-20) and with blocks (8-2), and while both sides treasured possession as shown through a combined 17 turnovers, Melbourne were slightly more cautious with their eight.

Rookie Jack White starred for United, topscoring for the side with 22 points, six rebounds and an impressive four blocks. It is no surprise that Chris Goulding was once again amongst the action with the captain finding the scoreboard with relative ease to finish with 19 points. He also walked away with four rebounds and three assists while Jack Landale also made a splash thanks to his 16 points, four assist, seven rebounds – six of which were defensive – and two blocks. They were ably assisted by Shea Ili who chimed in with a handy 14 points, two rebounds and two assists in his 24 minutes on court. Jo Lual-Acuil also made his presence felt knocking back 11 points as Mitch McCarron nailed eight points in the win.

With a number of options presenting themselves as threats throughout the game, United captain Goulding and coach Dean Vickerman were pleased with how the side played and the role each individual played.

“We’ve got so many talented guys that someone is going to get hot or we will focus on someone so others will have to take a backseat,” Goulding said. “I think the best thing about our group is that we are smart, where we can try and make some reads and figure out where the defence is overplaying.”

“I thought when we were challenged we came up with some pretty big plays. Obviously really pleased with the win, this league’s so tough to continue to put a win streak together is really difficult. I thought the second and third quarter defence was probably where we setup the win today,” Vickerman said.

There were a number of key players that managed to find their avenue to the basket with Keifer Sykes leading the pack donning a game high 24 points, accompanied by seven rebounds, seven assists and two steals. Yannick Wetzell also imposed himself on the game slotting 17 points with a host of them coming from the inside while captain Mitch Creek was somewhat down on his lofty standards but still managed 13 points, eight rebounds and seven assists in the loss. Cameron Gliddon and Kyle Adnam were the only other two players to reach double figures with 11 and 10 respectively.