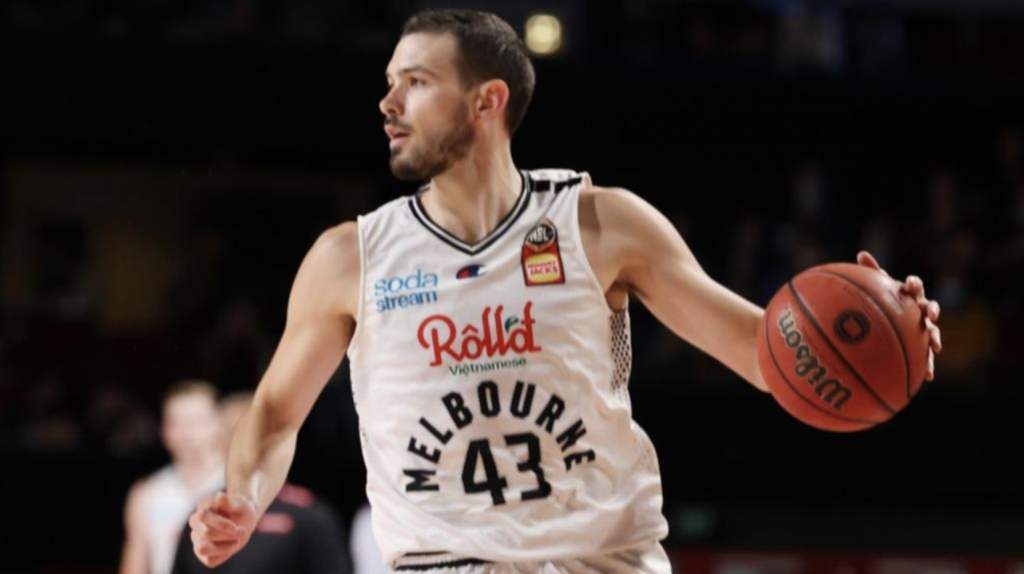 ROUND four action kicked off at the Armoury as an enthralling game saw Melbourne United eventually prevail against a relentless Brisbane Bullets outfit 109-96. With both teams looking to continue their winning streaks, it was an arm-wrestle from the very beginning as Shea Ili rolled his ankle in early proceedings and forced United coach Dean Vickerman to stray from their winning formula.

Star import Vic Law and Brisbane captain Nathan Sobey were vital to their side’s two Round 3 wins, both averaging 28 points per game, and both had to bring that same play to give their side a chance at handing United their first loss for the season.

The opening term immediately provided back and forth action with sharp-shooters Chris Goulding and Jason Cadee trading threes in early stages. After shooting 0/8 in their last matchup, out-of-form recruit Scotty Hopson started the exact opposite of the way he would have liked with two turnovers. Unlike Sunday’s game, however, he maintained a positive body language and let the game come to him as he played a role at both ends of the court.

Melbourne’s defence inside with Jack White and Jock Landale has been a feature through their games thus far, but Tyrell Harrison and the Bullets sought to attack it and make Landale accountable on the defensive rotations.

A strong finish to the quarter saw them hold a 31-26 lead over Melbourne as both teams enjoyed an even spread of scorers. Sobey had three assists from pick and roll actions, drawing the inside defender and lobbing over the top.

Vickerman was unhappy with the United defence early in the second, but it was up the other end where Jo Lual-Acuil was firing, boasting 11 points with much of the first half to play. This play enabled Melbourne to stay within arms-length of Brisbane, as a tighter finish saw the Bullets lead at one point heading into the main break.

A 52-51 score line meant it was the highest combined points total in a first half for NBL21, indicative of the offensive firepower on display. Both teams were shooting better than 50 per cent but it was Melbourne’s 24 bench points and efficiency from deep which was keeping them in the game. Sobey said that if they tightened up on some of those walk-in threes, they would be in a lot better stead.

The third quarter saw United come out firing as Hopson started to gain some confidence and make some shots. A pair of offensive rebounds and a basket capped of a 12-2 United run as Bullets coach Andrej Lemanis called a timeout.

After the lights went out in the Nissan Arena momentarily, Brisbane managed an 11-3 run of their own to end the quarter at a one-point deficit again. Sobey led the fightback as he showed why many thought he was perhaps unlucky to miss out on Olympic Boomers squad selection.

As if the offensive display was not enough through three quarters of play, a three-point contest was sparked to begin the fourth quarter with none other than Goulding kicking it off with a pair of deep makes. Law, Landale, and Orlando Johnson also got in on the action. A 7-0 Brisbane run threatened, before nine consecutive Melbourne points all but iced the game.

Despite a valiant Sobey’s best efforts, another pair of Goulding splashes held the Bullets foray as they came out 13-point victors. Goulding led the United scoring with 27 points including seven threes (7-11), and said they were lucky to give up 52 first-half points and only be one-point down.

“We [knew we] could be so much better, so we wanted to step on it in the third quarter, had to figure their defence out a little bit and be aggressive, that’s why we’re the best,” Goulding said.

With him a big part of their 50 per cent shooting night from deep, the efforts of Landale cannot be discounted as he went 4-8 from three showing no hesitancy to release the deep ball. He also had 20 points, 12 rebounds, and five assists on the night, showing why he is one of the best big men Australia has. Hopson (16 points, four assists) showed glimpses of his best game, while White and Mitch McCarron each had 10 points.

Melbourne United play Perth Wildcats on Sunday February 7, while the Bullets will enjoy a break before they return to play next Saturday February 13 against the Adelaide 36ers.