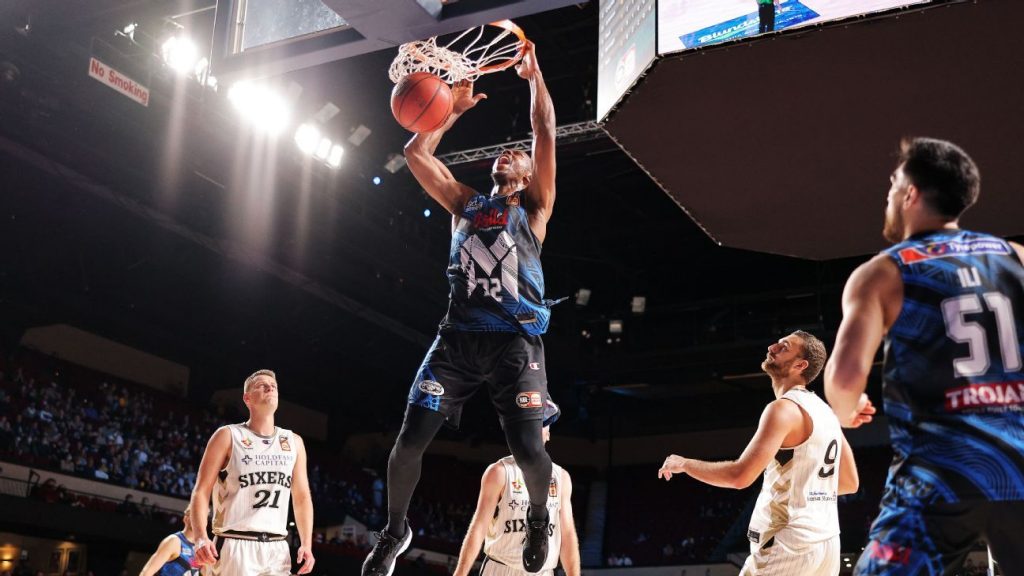 MELBOURNE United rounded out the home and away season in style, notching up another win over the Adelaide 36ers 102-80 to create some real ladder separation out in top spot on the ladder. It was a resounding win for United, winning every quarter of the match and making light work of the 36ers who simply could not compete with the high level output of Melbourne.

With the ongoing COVID-19 lockdown in Victoria, United were unable to play their home game in front of a home crowd but that did not seem to stop them from getting the job done. Conversely the loss amounts to Adelaide’s seventh on the trot as the 36ers ended on a disappointing note after showing some promising glimpses to open their 2021 campaign.

Playing their second game for the round, Dean Vickerman opted to start his second unit of players and that move proved to work wonders as Jo Lual-Acuil made his mark early. Lual-Acuil managed to slot six of the first opening points of the game to claim some real ascendancy for United. The veteran in David Barlow also got involved in the action before the 36ers hit back through Daniel Johnson who landed the first points of the game for Adelaide. Moments later Brandon Paul got his hands dirty sinking a layup and the cogs started to turn for the visitors as the margin was back to three points with Tony Crocker doing the heavy lifting thanks to his 10 points. Despite Adelaide’s best efforts United continued to find a way to score opening up an eight point buffer at the break.

The second term rolled around and it was the ever-reliable and explosive Chris Goulding that drew first blood. The captain managed to sink Adelaide hearts with consecutive triples as the lead ballooned out to 17 points. He was not the only one that was finding plenty of the rock as Jock Landale and Scotty Hopson impacted the scoreboard. Johnson was working in overdrive for the 36ers lending his hand both in attack and defence producing 14 points and nine rebounds but it was simply not enough to keep in touch with United.

Holding onto a commanding 13-point lead at the main break United looked to extend that buffer and inflict some more pain. But Adelaide had other plans as they mounted somewhat of a comeback with Keanu Pinder and Crocker finding their groove and having an impact. They cut the deficit back to eight points but that is where it stopped as United once again took charge as Shea Ili and Lual-Acuil imposed themselves to get the game back on their terms winning the quarter 24-21.

The final term rolled around and United were in the box seat. Crocker made the first move draining a triple before Mitch McCarron came to life for the top of the table United. There were plenty of moments for the 36ers early in the quarter but the class and endurance of United shone through as they ground their opponents down and managed to find a way to score time and time again producing 25 points while keeping their opponents to 19. It was a strong win for Melbourne who ran out 22-point victors, leading from the opening minutes to the end of the match.

Both Hopson and Landale proved to have a hot hand for United sinking 19 points apiece. Landale fell just short of a double-double thanks to his nine rebounds to accompany his 19 points as Hopson managed two rebounds. Lual-Acuil continued his hot form thanks to his 16 points at 70 per cent from the field while Goulding finished the match with 12 points and five assists to his name. Ili was a force to be reckoned with amassing 11 points, seven rebounds and eight assists as Mason Peatling also chimed in with a handy eight points, six rebounds and three assists. Crocker was the go-to man for Adelaide sinking 27 points and five rebounds while Johnson providing good support nailing 18 points and 13 rebounds. Paul was the only other player to reach double figures with 14 points at 45 per cent from the field.