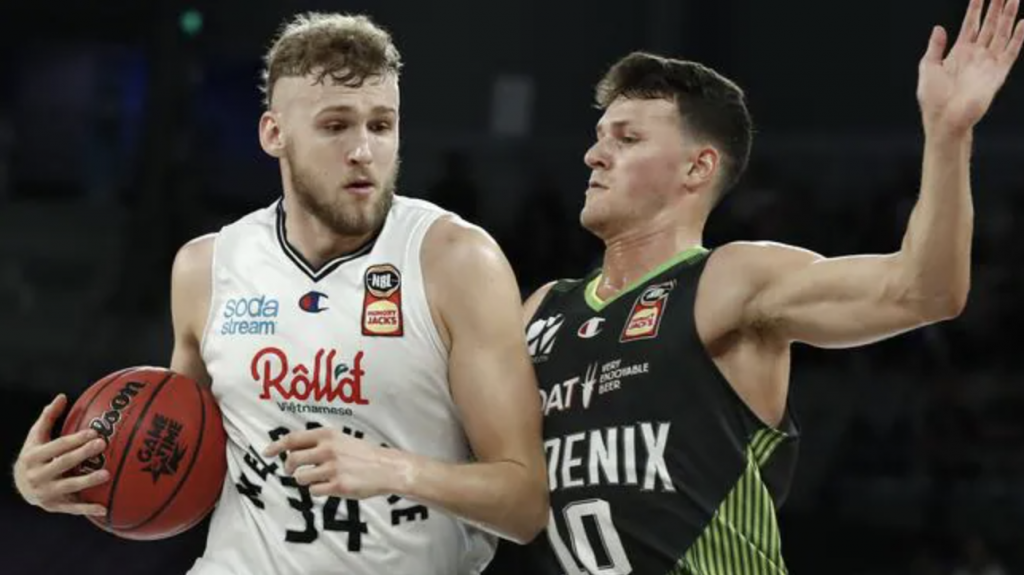 MELBOURNE United has come from a quarter time deficit, and then a late charge from the South East Melbourne Phoenix to post an 11-point win over their cross-state rivals at John Cain Arena yesterday. With five players hitting double-figure points – three off the bench – and led by Jock Landale picking up a massive double-double, United proved too strong off he boards and shot at a higher clip from the field in the 107-96 victory.

The Phoenix burst out of the blocks with a strong opening term, scoring 31-24 to lead by seven at quarter time. United hit back in the second quarter with a dominant 28-16 quarter to take all the momentum away from the home side and hold a five-point lead at half-time. That momentum continued into the second half, with United having an even more dominant third term to win that quarter by 15, 27-12 and open up an unassailable 20-point advantage at the final chance. The Phoenix did spur on a late comeback, but it was always going to be difficult from there, scoring 23-14 in the final term to get within 11 points, but go down 93-82.

Once United hit the front midway through the second term – after not holding the lead at any stage prior – they did not lose it again, running out the far stronger side. From midway through the third term, the lead did not go into single digits showing the level of control the top of the table had. They dominated most areas with a higher field goal accuracy (47 to 41 per cent), and more rebounds (44-34), blocks (6-0) and second chance points (18-9). The teams both had 13 turnovers, with Phoenix scoring 23 points to nine from turnovers, and the losing side also had more steals (7-6).

Melbourne United will eye off another clash with Perth Wildcats in a top of the table epic event, hoping to reverse the result from last round when they face off on Thursday night before a rematch with the Phoenix next Sunday. Before then, the Phoenix have two prior games – the New Zealand Breakers on Wednesday and the Cairns Taipans on Friday – both at home.