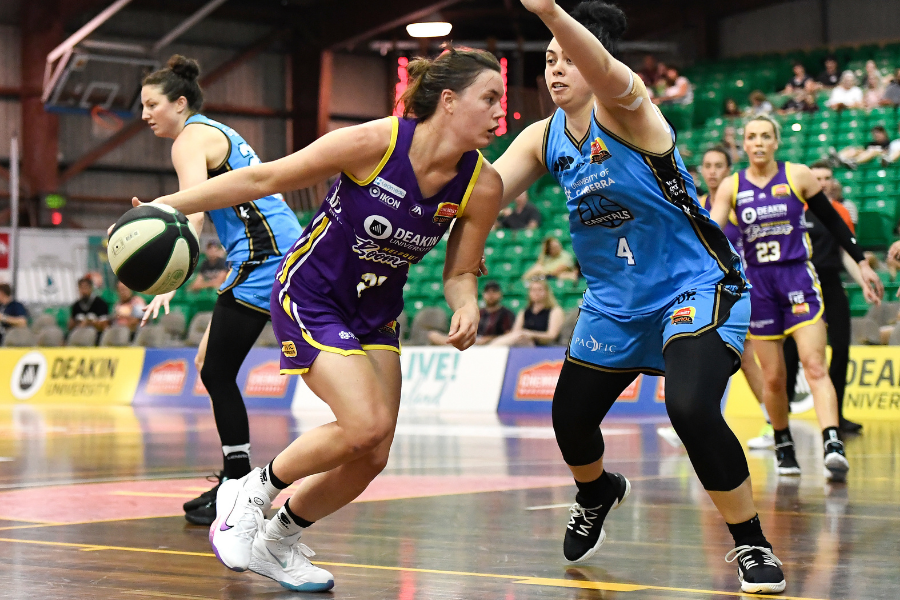 MELBOURNE Boomers unblemished start to the season came to halt with UC Capitals putting a dampener on their campaign to notch up a 17 point victory (50-67). It was always going to be an almighty battle between the two sides but the back-to-back premiers proved they are still a force to be reckoned with despite somewhat of a shaky start to their season.

The Caps raced out of the blocks forcing the Boomers onto the backfoot immediately thanks to an impressive 22 to eight first term. That lead and momentum ultimately set the tone for the remainder of the game despite the Boomers pushing back in the second term albeit marginally. UC had all the answers for Melbourne and most importantly shut down their options when trying to attack the rim. The reigning premiers capitalised on their chances racking up 12 second chance points compared to six while also showcasing their speed on transition to collect five more points on fast breaks.

Three point percentage told the story with the Boomers unable to find their range and subsequently unable to score anything from beyond the arc while the Caps converted at 28.6 per cent. They also boasted a higher field goal percentage 45.6 to 33.3 while also leading the way in assists (14-9) and blocks (4-2) showcasing their overall dominance. When it came to offensive rebounds, the Boomers just pipped the Capitals at the post (14-13) but were well covered in every other facet of the game.

It was a disappointing showing for the Boomers as only one player – Cayla George – managed to reach double figures on the points scoring front with 10. She also proved to be a handy option off the boards picking up six rebounds and two assists. The next closest was youngster Ezi Magbegor who racked up nine points and five rebounds while Izzy Wright popped up for six points, one assist and three rebounds. The likes of Kalani Purcell, Madeline Garrick and Ashleigh Karaitiana were all well held with the trio combining for a mere 10 points between them, highlighting the defensive pressure stemming from the Caps.

On the flip side the Caps had no shortage of players able to find the basket and score but it was Jade Melbourne that stole the show dropping a game-high 20 points to accompany her three assists and two rebounds in her 32 minutes on court. She was well aided by Maddison Rocci who has continued her hot form knocking back 11 points and reeling in five rebounds while Mikaela Ruef also plied her trade to finish the game with 10 points, three assists and six rebounds. Although co-captains Kelsey Griffin and Marianna Tolo were down on their usual output they still provided that element of stability with six points apiece with the latter also proving to be a menace off the boards to register seven rebounds in her sides victory.

The Boomers next opponent is ladder leaders Adelaide Lightning in the final game of the round, giving them plenty of time to rest up and recuperate while the Capitals face Sydney Uni Flames on Saturday.

The winless streak had to end for one of the Lynx and Spirit, and that is exactly what happened for Perth who flexed their muscles against a young and developing Bendigo side (78-65). The 13-point win saw the Lynx leapfrog into third spot, while the Spirit languish at the bottom of the ladder still searching for their first win.

Holding a narrow lead at the first break the Spirit seemed to have the game on their terms but could not maintain that same level of intensity falling away for patches throughout the game. The third term was where Perth really inflicted scoreboard pain going on a tear sinking 24 points to eight to assert themselves on the Spirit and create a handy buffer. Bendigo had glimpses of brilliance able to push the Lynx to their limits and ultimately sending panic waves through the Lynx camp in the final term thanks to a 21-point masterclass but it was little too late with the damage already well and truly done, by the time they found that gear.

Perth boasted a higher field goal percentage sitting at 44.8 per cent compared to Bendigo at 34.2 however the Spirit had the upper hand when it came to shooting from down town going at 33.3 per cent as opposed to 32 per cent. Perth led the way for both offensive and defensive rebounds with a combined 50 to 37 while they also dominated on the assists front (19-14). They relished the depth on the bench recording 23 bench points to 19 while the Lynx also starred when it came to scoring from within the paint. Bendigo showcased their speed collecting four points from fast breaks.

Although they did not get the win it is hard to go past the efforts of Carly Ernst who once again stood tall for the Spirit dropping a game-high 28 points and 10 rebounds to walk away with a double-double. She was somewhat of a lone hand with no other player reaching double digits with Tessa Lavey the next in line credit to her nine points which accompanied her nine assists and five rebounds. Chevannah Paalvast plied her trade for the Spirit amassing seven points and two assists in her 16 minutes on court.

For the victors, Katie Ebzery proved to be the go-to player sinking a team-high 24 points while also amassing three assists and eight rebounds in another strong showing. She was not alone when it came to impressive performances with youngster Darcee Garbin also stepping up to the plate and dominating to record a double-double thanks to her 14 points and 10 rebounds. Alex Ciabattoni was another key figure for Perth able to find her way to the basket with relative ease collecting 12 points for her efforts along with four assists and three rebounds while Kayla Steindl displayed her strength off the boards to dominate with 12 rebounds to her name.

Perth now looks to the star-studded Southside Flyers on Saturday while Bendigo prepare for Townsville Fire on Sunday.