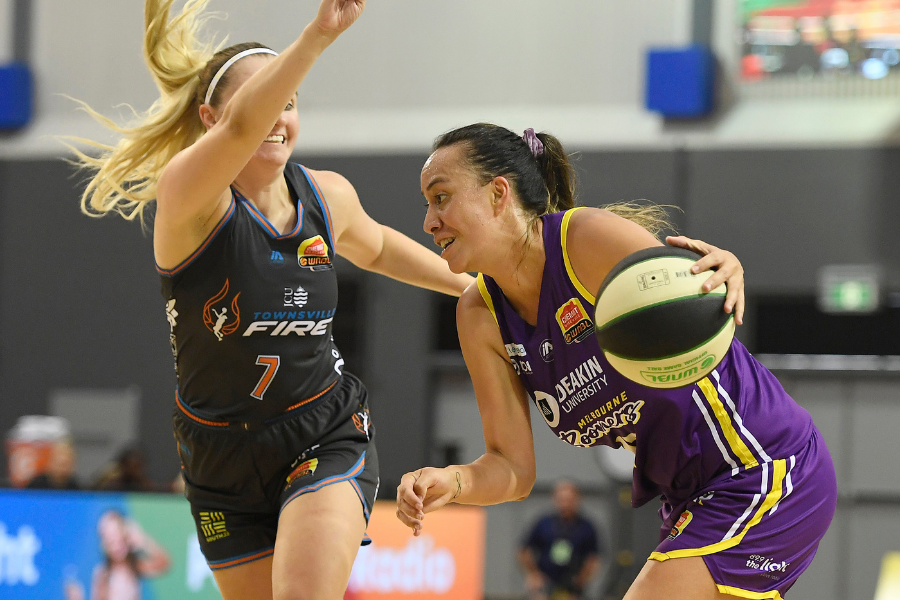 TOWNSVILLE Fire caused a major upset yesterday, downing the Melbourne Boomers by 12 points to make it two wins on the trot (75-87). On the flip side the loss also gifted Melbourne their second consecutive loss after a hot start to the season. Townsville simply could not be stopped outscoring their opponents in every term bar the second to steal the victory and progress up the ladder thanks to their strong outing.

Flying out of the gates with a 30-point term, it was clear the Fire had a real pep in their step attacking the rim with great urgency and potency to set the tone for the remainder of the game. Shyla Heal was the first one to get the ball rolling converting two free throws which ultimately symbolised how the rest of the game unfolded with the youngster stealing the show, amassing 19 points with three pointers included in that total along with four rebounds and a block. Fire managed to control the overall flow of the game, pressing the Boomers and making them work for every single pass while also capitalising on their chances when they arose.

The Fire proved to be more accurate from the field shooting at a 54 per cent clip as opposed to Melbourne who struggled to find their range converting at a lowly 41 per cent. Townsville also had the Boomers’ number from beyond the arc making them pay with a 57 per cent accuracy nailing 11 of their 19 attempts while Melbourne only hit nine of their 26 attempts. Outside of the shooting statistics the Boomers seemed to have the answers reeling in 35 rebounds – two more than the Fire – while they also racked up more goal assists (20-17) showcasing the difference in the way the two sides play. When it came to steals the Boomers also flexed their muscles recording six in comparison to the Fire’s four, however the damage had already been done on the scoreboard with Townsville showcasing their ability to score from turnovers in a heartbeat registering 11 points to four.

There is no denying that Heal played an integral role in the Fire’s win however it was Lauren Nicholson who really paved the way for the side slotting an impressive 24 points, five rebounds and six assists in an all-round dominant performance by the guard. Nicholson was involved in everything, willing her side over the line for their second victory. Nadeen Payne also plied her trade effectively, recording 13 points and shooting at an 80 per cent rate from the field while also managing five rebounds. The only other player to record double digits was captain Mia Murray who showcased her skillset in all facets across the court finishing with 12 points three from four beyond the arc to accompany her four rebounds, three assists and one steal.

Although it was not their day, the Boomers had a couple of standouts with youngster Ezi Magbegor showcasing her class and sheer dominance walking away with 20 points and six rebounds to her name, but could have added more to her tally had she been more accurate sitting at 52 per cent from the field. Cayla George continued her merry way dropping a double-double with her 15 points and 14 rebounds, nine of them defensive while also collecting five assists and three steals. Ashleigh Karaitiana also chimed in with 14 points throughout her 22 minutes on court.

The Boomers will take on Adelaide Lightning in their next clash on Tuesday with the Lightning sitting pretty on top of the ladder while Townsville face Bendigo Spirit who are languishing at the bottom of the ladder with no wins from their five appearances.