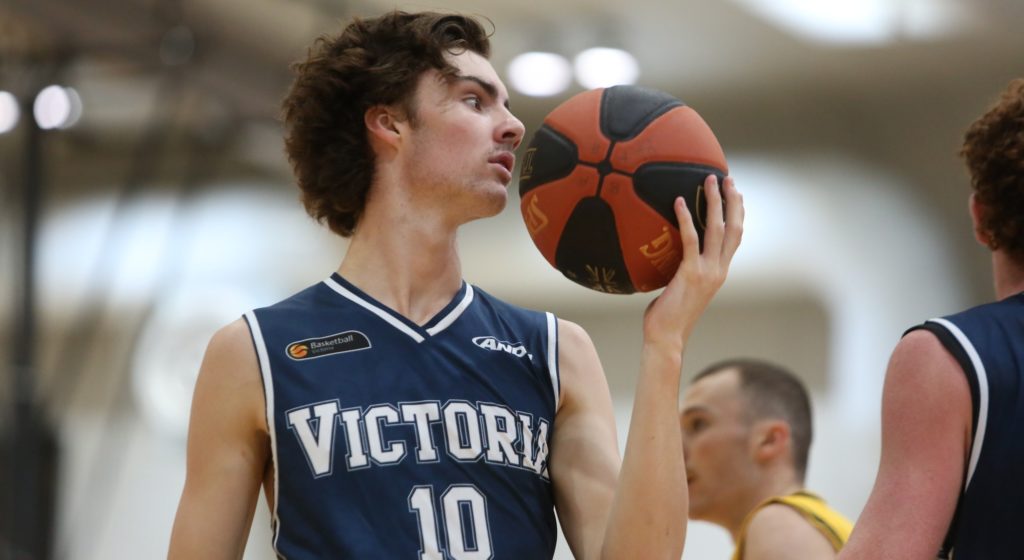 THE Basketball Victoria Awards were announced over the past week, with the recipients very worthy winners. Players, associations and coaches were acknowledged for their outstanding contribution to basketball throughout the 2019 season for the awards, and would normally have received them in person at an awards night that was scheduled for March, but cancelled due to the COVID-19 pandemic.

Casey Basketball was recognised for its influence on basketball within Victoria taking out both the Junior Program of the Year award and Association of the Year. With programs in the Victorian Junior Basketball League (VJBL) and an increased depth in players across all aspects of the association it was hard to go past Casey. The fact the organisation grew their membership base to over 7,500 people and continued to improve and develop programs for their players and staff helped win them Association of the Year honours.

Taking out the coveted Junior Female Basketball Athlete of the Year Award was Jaz Shelley. The 19-year-old guard had a season to remember not only winning her second award but also representing her state and country. Shelley donned the Victorian outfit at the Under-20 Championships before wearing the green and gold for the FIBA Under-19 World Cup. But that was just the beginning with the young Aussie earning herself a college gig with Oregon.

It was no surprise that the highly touted Josh Giddey brought home the Junior Male Basketball Athlete of the Year. At only 17, Giddey has sent tongues wagging with his on-court presence and explosiveness. He led the Vic Metro Under18 Men’s side to gold up in Townsville while also earning a spot in the Australian side at the FIBA Oceania U17 Championships such is his class. He also gained selection in the NBA Academy and is set for a stint with the Adelaide 36ers in the National Basketball League (NBL).

The Betty Watson Medal or Female Athlete of the Year award was given to none other than Elizabeth Cambage. The basketball powerhouse went from strength to strength in the WNBA as shown by her inclusion in the WNBA All-Star team. Her contribution to the Las Vegas Aces did not go unnoticed by Australian selectors, with Cambage pulling on the green and gold for the qualification matches ahead of the now postponed Tokyo Olympics.

After starring with the Sydney Kings throughout the National Basketball League (NBL), Andrew Bogut brought home his fourth Alan Hughes Medal otherwise known as Victoria’s Male Athlete of the Year. The Kings big-man was rewarded for his on-court efforts, representing Australia in the 2019 FIBA World Cup and spent time in the NBA with Golden State showcasing his profound impact across multiple basketball leagues.

Isabel Martin was awarded Wheelchair Basketball Athlete of the Year after representing Victoria in the Kevin Coombs Cup before going on to win silver with the Australian Under-25 squad at the IWBF Women’s World Championships. After impressing at the Igor Burge Championships and training with the Boomerangs squad Nick Cunning was awarded the Basketball Athlete of the Year with an Intellectual Disability credit to his commitment and love for the game.

Other winners include Wiki Taurua as Domestic Coach of the Year, Stella Lesic with the Fair Play Award for her contributions to creating an inclusive environment while Basketball Ballarat took home the award of Inclusive Basketball Association of the Year credit to their outreach in all communities.