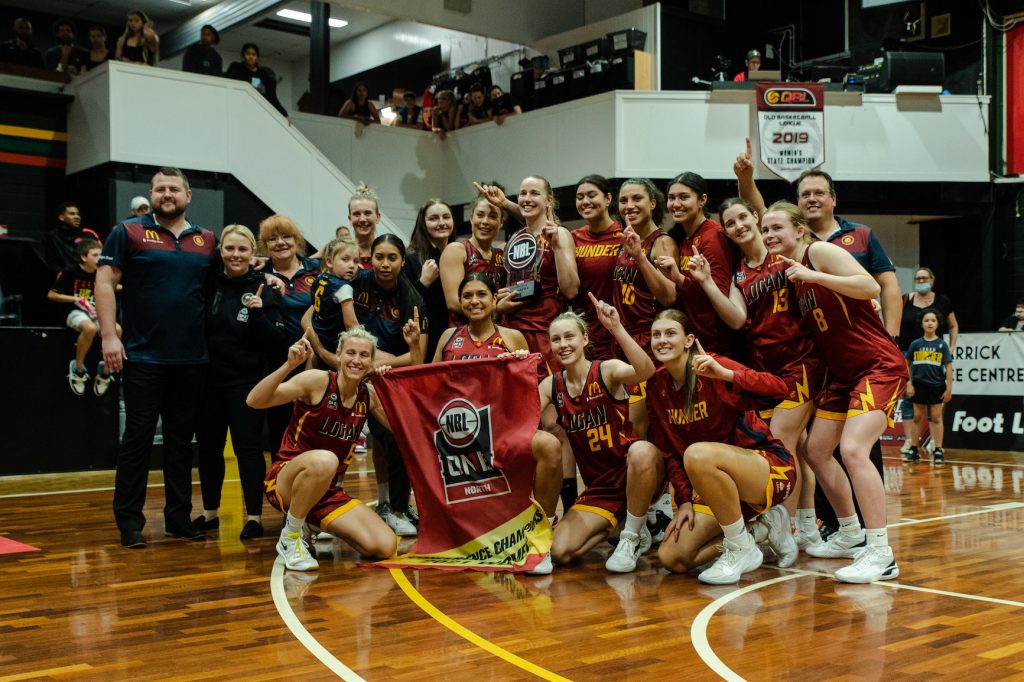 LOGAN Thunder have closed out the National Basketball League (NBL)1 Women’s title with a low-scoring two-point win over Southern Districts, winning their second straight game and claiming the championship without the need for a third match. The Spartans led throughout the contest, but the Thunder stormed home to grab the victory, 63-61.

The Spartans took the lead with a term to go up by four points, 17-13, as each quarter was narrow and tight. Logan managed to claw it back to within two points at the half, but again the Spartans took control in a low-scoring third stanza 11-9 to again regain a four-point advantage. Needing a big last quarter to close out the championship series in straight games, Logan poured on 19 points to 13 in the term to win by a narrow margin.

Trailing by three points with 46 seconds remaining after an Emily Preston second chance basket – following Maddison Rocci missed free throws – Chevannah Paalvast hit a triple from beyond the arc to level the scores with 29 seconds on the clock. Rocci had another chance but missed the shot, with Mikaela Cann scooping up the defensive rebound, drawing the foul and nailing the two free throws for the two-point lead. The final play of the day saw Preston handed a chance at levelling the match with a jump shot in the final few seconds, but it missed and into the safe hands of Paalvast.

Despite the late misses, Rocci put up a huge effort of 16 points, eight rebounds, four assists and two blocks, shooting at 50 per cent from the field in one of the more accurate efforts in the match. Nadeen Payne also scored at greater than 50 per cent, hitting six of 11 from the field for 17 points. Madelyn Willey was a terrific performer off the boards with 14 points, 11 rebounds, three steals and two assists, while Kalani Purcell (five points, 10 rebounds and two steals) also aided close to the basket.

The win meant Logan Thunder closed out the series with a combined score of just six points, winning the first game 75-71 and the second game 63-61, both on the road after finishing second of the table. Coming into the contest, the Spartans were let to drop a game all season, and the Thunder turned it on when it counted to win back-to-back matches in the grand final.