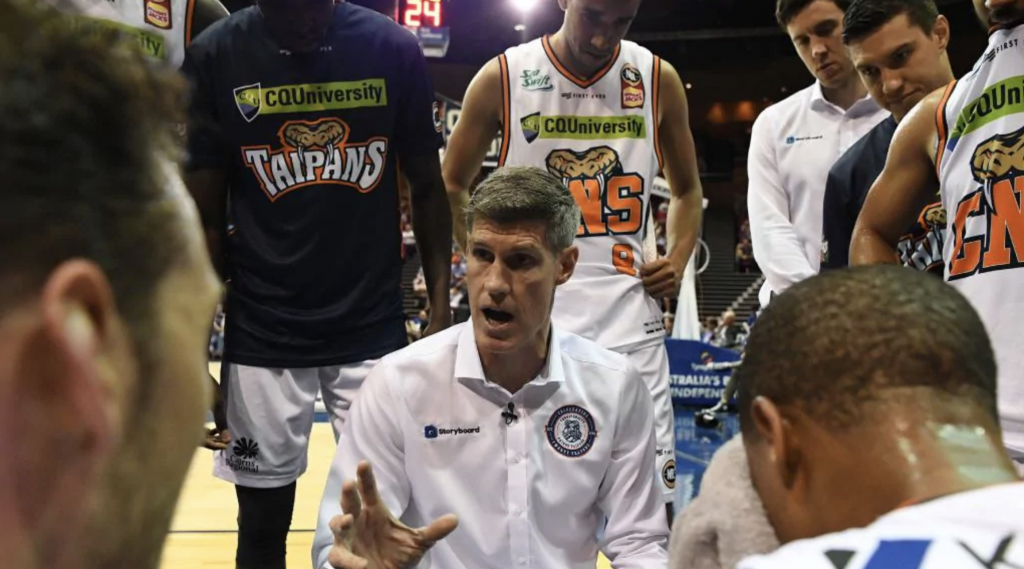 CAIRNS Taipans overcame great defensive pressure and uncontested errors in the second term to record an 18-point win over Brisbane Bullets on the weekend. The Bullets were fresh off a victory over the Breakers in New Zealand, but it was the away team that took home the points in this encounter as well, lead by debutant Melo Trimble.

It took until the final quarter to finally shake off the determined bullets, but the Taipans got the job done, pleasing coach Mike Kelly who became the first Cairns coach to win in his first National Basketball League (NBL) game.

“I thought even when we weren’t playing great, they believed in what we were trying to do and kept going with it, which as a coach you just hope you’re doing the right things, and these blokes just kept grinding and then it just kinda broke open with some made shots from a few guys so it was great,” Kelly said. “I think defensively we did the things we were trying to do and had great effort, so that’s the thing I’m most proud of right there. “We didn’t shoot the ball well but we’re a good shooting team I think. “If we continue to play defense, we were up and down in pre-season as well so we just have to take the things we do well and keep doing them well defensively, and then everyone is going to come to the party offensively. “Hopefully we don’t have to have one guy score 30 to get a win.”

Trimble did just that, landing 30 points to go with his five rebounds and three assists. Kelly said despite the scoring percentage dropping into the 20s in the second quarter, he never lost faith in what the team could accomplish if they stuck to the plan.

“Some of the shots were tough shots,” he said. “You’ve got to give credit to their defence, and some of the shots I would take again. I think Devon Hall‘s a good shooter, if he gets open I want him to shoot the ball. I think it’s just staying consistent with what we’re trying to do. “To shoot that percentage and score 88 points, you’ve got to be pretty happy. “We’ll just continue to try and do the things to get these guys open shots and one week it will be Melo, another week it will be Melo and DJ (Newbill) and Devon, we do have Kuany Kuany, Alex (Loughton) was good at times, Mitch Young came in and gave us really good minutes. “Jarrod Kenny was in there when we had our little run in the fourth and then Melo came in and topped it off, so it is as we said before it is a team thing and this group wants to play in that way.”

When asked about what it was like taking over a team following a long-term coach in Aaron Fern, Kelly said he looked forward to continuing the brand with a different style.

“I have a lot of respect for what the Taipans have done in the past under Aaron Fern and respect for him as a coach,” he said. “It’s funny though, this is a brand new team. “We have three blokes from the roster last year, and so I want to be known as a team that competes every night, and plays hard and plays for each other and I think we tried to do that tonight. “I want to be known as a good shooting team also but that’s going to take some work. “Those are the qualities that will make us consistent in this league and I think we have the guys that can compete in this league and it showed tonight against a tough team who just went out and beat New Zealand in New Zealand so I just want to be consistent.”

Cairns plays its first home game against Illawarra next Sunday.