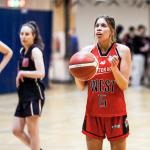 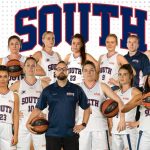 THE National Basketball League (NBL)1 competition was cancelled for the 2020 season, so instead we take a look back at some of the teams that would have been tipping off in the NBL1 Central competition. Today’s side is South Adelaide women’s side that finished second from the bottom, but four wins clear of the wooden spoon.

The team’s top scorer and one of the damaging duo for the Panthers, Saunders put up team-highs in points and steals for 18.7 and 1.7 per game respectively. Along with that, she picked up the six rebounds and more than two assists per game to fill her stat sheet each and every week from 31.9 minutes. Saunders was hard to combat with an accurate 55.2 per cent shot from inside the arc, and drilling 86.2 per cent of the free-throws when getting to the line.

Teaming up well with Saunders and causing issues for opposition defences, McKendrick led the team in rebounds (8.7), and was second overall in points (16.7) and assists (3.4). Playing the most minutes of any player on average at 34.4 per game, McKendrick was able to put up plenty of shots, even if it was at a lower accuracy of 37.8 per cent. Her free-throw work was solid at 74.1 per cent and she was always one of the most damaging players in the blue and white.

The dual-sport athlete was able to pad her stats from limited games much like her ability to find the oblong ball in the AFL Women’s. The talented rebounder averaged a double-double for the season and had she played more than the five games – restricted to due to commitments, Hatchard may well have helped lead the Panthers to a few more wins. While it was mentioned the above players had team-highs in certain statistics, it did not include Hatchard who due to her low game count would not be included, but she did post an impressive 10.8 rebounds and 1.8 steals to go with 16.6 points.

Highlight of the season: Three wins in six games

While the ultimate season record would prove disappointing with five wins from 15 games, the Panthers started strongly enough, winning three of the first six games to head into late April with a balanced win-loss record. Unfortunately for the Panthers, they would win just two more in the next 14 games, but they had a number of competitive losses where they came close.

The Panthers enjoyed an impressive win over the Flames despite trailing in most of the key statistics. The Flames had a whopping 11 more blocked shots, 10 more assists and two more defensive rebounds, as well as a higher contribution off the bench. But it was the Panthers who committed less turnovers (minus eight), had more steals (plus three) and more offensive rebounds (plus five) on the night. McKendrick (31 points, seven rebounds and three assists) and Saunders (26 points, nine rebounds and three assists) caused all sorts of headaches for the opposition, while Hannah Stewart had seven points and seven rebounds for her troubles in the important win.

South Adelaide Panthers would be an exciting team in 2021 if they can hold onto their list, with former premiership Eagle, Olivia Thompson joining the side along with a number of young guns coming through the program that could make their mark on the 20201 NBL1 Central season.