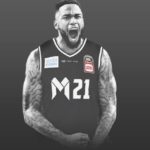 SHAWN Long and his Melbourne United teammates ended Sydney Kings’ reign as the only undefeated side in the competition, producing a thrilling 107-104 win in the final game of the National Basketball League (NBL) competition on Monday night. Long rocketed to the top of the Draft Central Medal with five votes from his two games, while in other results, Brisbane Bullets picked up a couple of wins, including a classic over Perth Wildcats. Sydney also survived a thrilling contest with an overtime win against Adelaide 36ers.

New Zealand grabbed its second win of the season with an important victory over a determined Cairns’ side to leapfrog the Taipans and move into sixth spot on the table. The Breakers did the bulk of the damage early, piling on 22 points to 11, before managing to maintain the 11-point lead at the main break. Cairns dug deep to cut into the margin by six for a five-point deficit at the final break, but New Zealand took control once again to win the last term and run out eight-point victors. Corey Webster was the dominant scorer on the court for the winners, sinking 23 points, as well as eight assists, three rebounds and two steals, while RJ Hampson added 18 points of his own as well as three steals, two assists and two rebounds. Brandon Ashley was the other double-figure scorer, picking up a double-double on the night containing 14 points and 11 rebounds. For the Taipans, it was Cameron Oliver who was busy once again with 23 points, five rebounds and three blocks, while Scott Machado (11 points, 10 assists and three rebounds) continued his sensational season form. Majok Deng (18 points, seven rebounds), Kouat Noi (16 points, six rebounds) and DJ. Newbill (15 points, seven rebounds) were all strong off the boards, but could not keep control of the ball with the visiting side having 18 turnovers and only having two points off their bench compared to the Breakers’ 22.

Melbourne United successfully achieve redemption in Throwdown II, defeating their cross-state rivals, South East Melbourne Phoenix by 12 points in a twilight Saturday evening game. In what was one of the individual performances on the year, Long tore the game apart early and delivered a massive 31 points, 11 rebounds, two assists and one block as United won three of the four quarters, including opening up a 13-point advantage at half-time. Long was far from alone on the scoring front though, with Chris Goulding adding 24 points, three rebounds and three assists, while Melo Trimble and Mitch McCarron both had 13 points and four rebounds apiece. For the Phoenix, Mitch Creek was the highest scorer with 23 points, seven rebounds and seven assists, while John Robertson (16 points, five rebounds and two assists) and Ben Madgen (16 points, four rebounds and two assists) were also consistent. The win meant Melbourne moved out of the bottom two, while the Phoenix slipped two games behind top spot to sit just one win clear in third spot.

Ware there was a will, there was a way, and Casper found that way with a vital two-point floater in the last minute, helping ease the nerves of the visiting team for his Kings to remain undefeated in season 2019/20. It was a bitter blow to the 36ers, who looked home and hosed having built a mammoth final term comeback after trailing at the final change in a momentum-swinging contest. Remarkably, Sydney scored its lowest quarter score and highest quarter score in back-to-back quarters, and came from 12 points down to lead by nine at three quarter time. A huge effort by a previously quiet Daniel Johnson willed his side back into the contest, sinking 13 points in the final term, but it all came down to a Anthony Drmic lay-up which tragically hit the rim and back out in the last second of regulation for the Kings to breath a sigh of relief. Then in overtime, Johnson – who averaged 91 per cent from the free throw line coming into the game – had the chance to level the scores from the line but missed both, only for Ware to trick Ramone Moore up the other end and instead of shoot for the triple, sidestepped him and put up the successful floater. It turned the tide in overtime gave the Kings enough breathing space to sensibly hold on and get a two-point win. Andrew Bogut was mammoth in the first three quarters, having Johnson’s number with 18 points and 12 rebounds, while Jae’Sean Tate was best on court for his 16 points, eight rebounds, five assists and two steals. Ware who was virtually unsighted early came to play in overtime, finishing with 14 points, two rebounds and three assists. Brad Newley (15 points, eight rebounds and four assists) and Didi Louzada (17 points, five rebounds and three assists) were the other busy Kings. For the 36ers, Johnson stepped up in that final term to finish with 17 points and 11 rebounds, while Jerome Randle (23 points, four rebounds, four assists and two steals) and Moore (18 points, six rebounds) were also prominent in what was one of the games of the season.

While both these sides came into this game with differing results from a couple of days prior, it was the visiting side that came away from the win to bounce back from the loss to Brisbane. Perth had to come from six points down at the main break to have an outstanding third term, piling on 31 points to 21 to lead by four at the final break. In a tight final quarter tussle, it was the Wildcats who did enough to secure the win against the Breakers to win, 84-79. Dario Hunt sank 21 points and had 11 rebounds in a big double double effort, while White (18 points, seven rebounds and three assists) was also big with his partner-in-crime, Cotton missing from the side. Nick Kay had 13 points, four rebounds and three assists on the night, while young gun Kyle Bowen became the creator with seven assists – one third of his team’s total. For the Breakers, Ashley stood tall once again with 21 points, five rebounds and two steals, while Webster was the home team’s best with 21 points, six rebounds and six assists. Hampton was busy as per usual with nine points, eight rebounds, four assists and two steals, but it was not enough to help his side get the win.

Brisbane capped off a strong weekend with a second victory, this time over Illawarra Hawks thanks to a fast start. The Bullets fired from the first tip-off, scoring 27 points to 15 in the opening term, then piled on 26-17 in the second to lead 53-32 by half-time. While the Hawks hit back in the second half to win the final two quarters and bridge the gap, it was too little, too late for the home side. Nathan Sobey was prominent on the scoring end with 18 points, five rebounds, two assists and a steal for the Bullets, while Cadee (16 points, three rebounds and three assists) and Matt Hodgson (15 points, nine rebounds and one assist) were also big scorers. It was Patterson’s work on the defensive end and playmaking up the attacking end which stood out however, posting up 11 points, eight rebounds – all defensive – and seven assists in the big win. For the Hawks, LaMelo Ball was a lone hand in terms of scoring, putting up 19 points, nine rebounds, five assists and three steals, while Todd Blanchfield (10 points, three rebounds) was the other player to reach double figure points. The result meant Brisbane finished the round in third, while Illawarra remain rooted to the bottom of the able after eight games.

The home crowd delight was evident in Melbourne United handing Sydney Kings’ their first defeat of the season as United continue their strong form of late, which included knocking over Southside Flyers earlier in the round. For the Kings, it was an unlucky three-point defeat, given the game had started promisingly to lead by four points at quarter time and seven at the main break. It was at this point that Sydney’s coach, Will Weaver was ejected from the game following two technical fouls after he provided some advice to the referees for some untoward behaviour towards Tate. It changed the course of the game somewhat as Melbourne’s stunning third term of 28-21 got United back on track and level with the Kings, then overran them in the final term by three points to win by that exact margin in one of the games of the season. Three United players reached 20 points on the night, with Trimble putting up 27 points, three rebounds and five assists, followed by Goulding (22 points) and Long (20 points, 14 rebounds and three assists), while McCarron (12 points, eight rebounds) and David Barlow (13 points, six rebounds) were also impressive on the court in a strong team effort. It was a bitter sweet homecoming for Ware, who was best on court with a massive 34 points against his old side, also amassing five rebounds and four assists in the defeat. Daniel Kickert (13 points, three rebounds) and Shaun Bruce (13 points, eight assists) and Craig Moller (nine points, seven rebounds) were others who stood tall despite not putting up as many points.