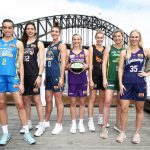 THE 2018/19 WNBL season is set to be the most exciting yet, with many big names taking to the court. We previewed each team in the lead-up to the highly anticipated season.

The Lightning just missed out on finals last season, finishing fifth with 11 wins and 10 losses.

Guard, Nicole Seekamp was the star of the season, winning Adelaide’s Most Valuable Player (MVP) award with an average of 13.9 points, 5.1 assists and 4.19 rebounds. The Lightning have been able to retain Seekamp, as well as a host of other important players such as forward, Lauren Nicholson, who won the Defensive Player of the Year award, former Hume City Bronco, Colleen Planeta and 17 year-old exciting forward, Chelsea Brook.

Adelaide has also welcomed a number of big recruits, including Tall Fern’s Penina Davidson. Davidson comes into the side with a wealth of experience, thanks to her four-year tenure at the University of California. Speaking of America, the Lightning have added two WNBA players to their roster in Kayla Alexander and Nia Coffey. Alexander hails from the Indiana Fever and was a former San Antonio Stars (now known as Las Vegas Aces) player. Coffey also was also drafted to the San Antonio Stars, picked fifth in the overall draft.

The combination of strong international talent combined with exciting home-grown talent could earn Adelaide a finals berth this season.

The Bendigo Spirit endured a difficult 2017/18 season, finishing on the bottom of the table with four wins and 17 losses.

The Spirit has certainly gone to work in the off-season, recruiting a number of exciting players. This includes seven-time WNBL winner, Natalie Hurst, former Melbourne Boomer, Courtenay Wragg and Canadian international, Jamie Scott. Scott has spent some time at the Washington Mystics in the WNBA and played for Oregon State University in the NCAA.

Bendigo has also been able to keep 19 year-old star, Kara Tessari, who has been averaging almost 15 points a game in the SEABL. Reigning club MVP, Nadeen Payne will also return to the line-up for the 2018/19 season.

The Spirit’s young and exciting list could propel a rise up the table in the 2018/19 season.

The Dandenong Rangers finished seventh in the 2017/18 season with seven wins and 14 losses.

Exciting news emerged in the off-season for centre, Tayla Roberts, as she was recruited by North Melbourne’s AFL Women’s team. Roberts will be juggling both sports after a stellar season in the SEABL, where she averaged a career-best 20.1 points. The Rangers have also retained forward, Carley Mijovic, veteran, Amelia Todhunter and forward, Sara Blicavs. Blicavs is currently rehabbing her ACL injury and will be a key player for the side if she can return to the court this season.

The Rangers have added former Melbourne Boomer, Rebecca Cole to their roster for the 2018/19 season. Cole is going into her ninth WNBL season and is coming off a bronze medal in the FIBA 3×3 Asia Cup playing for Australia. Cole will be joined by Olympic Opal, Rachel Jarry, who joins the side after being a part of its WNBL development squad in 2007/08. There will also be some international experience in the Rangers roster, with Buffalo Bulls assists record-holder, Stephanie Reid signing on for 2018/19. The Victorian will make her national league debut with the Rangers.

Despite finishing fourth in the 2017/18 season, the Melbourne Boomers won through to the Grand Final against the Townsville Fire. They ultimately fell short but put in a tremendous effort to push the series to three games.

The Boomers have retained plenty of players from last season, including young stars, Monique Conti and Ezi Magbegor. Experienced powerhouses, Maddie Garrick, Jenna O’Hea, who has been named skipper this season are back, however the Boomers will need to cover the huge loss of Liz Cambage, who has dominated at the FIBA Women’s Basketball World Cup and in the WNBA. Cambage was named in the All Star Five after averaging a tournament-high 23.8 points for the Opals. She also broke the record for the highest amount of points scored in a game, and averaged the most blocks and rebounds per game in the WNBA.

In terms of signings, Melbourne has picked up American centre, Sarah Boothe, who hails from Stanford University. Young talent has also featured in Melbourne’s development squad additions, with 17 year-old Leah Santomaggio and 15 year-old Olivia Pollerd earning spots in the side.

Perth Lynx is one of the teams to beat this season after ending the 2017/18 season on top of the ladder with 15 wins and six losses. However after missing out on the Grand Final, Perth would be hungry to taste premiership glory this season.

The Lynx has gotten right to work, signing American guard, Brittany McPhee, WNBA young star, Kaela Davis and Australian Under 17s representative, Shyla Heal. Davis made the All-Rookie team in the WNBA while playing for Dallas. Heal is a former captain of Australia, leading the side in the Under 17s Oceania Championship.

The Sydney Uni Flames finished second on the ladder in the 2017/18 season with 14 wins and seven losses. The Flames had an equal win-loss record with the title winners, Townsville Fire, but didn’t make it to the Grand Final.

Guard, Susannah Walmsley has re-signed for the 2018/19 season after coming off an impressive season. This will be Walmsley’s third season in the WNBL. She will be joined by another guard in Sarah Graham, who has also signed on for the upcoming season. Alex Wilson and Shanae Greaves join a host of other re-signings, with Sydney retaining many players from the 2017/18 season.

The Flames have also poached Vanessa Panousis, who comes from the Adelaide Lightning. They’ve also latched onto Ohio local, Brittany Smart. Smart played for the Melbourne Boomers in the 2017/18 season and averaged 10.9 points, 4.2 rebounds and .5 assists. American forward, Amanda Johnson has also been recruited to the side.

Despite finishing third on the ladder with 14 wins and seven losses, the Fire had a brilliant finals series and topped it off with an emphatic win over Melbourne Boomers to take the title.

Townsville certainly has the drive to go back-to-back with four-time WNBL MVP, Suzy Batkovic announcing that the 2018/19 season will be her last. The Fire would love to go all the way to end Batkovic’s remarkable career on a high. Former Under 19 Australian captain, Mikhaela Donnelly has also re-signed in a bid to defend the Fire’s title.

WNBA draftee, Ally Malott has been added to Townsville’s roster for the 2018/19 season. Malott won the Latvian title last year and has also spent time with Washington in the WNBA. Former Under 19 Australian representative, Casey Samuels has also been added to the Fire’s line-up. She has played more than 100 WNBL games and has spent the last two years with the Swans Academy in the AFL.

The Capitals have welcomed former Virginia Tech defender, Hannah Young to their 2018/19 roster. Young will be joined by 22 year-old guard, Kristy Wallace. Wallace has spent the last four years playing for Baylor University in Texas, and co-captained the side in her final year of the program.