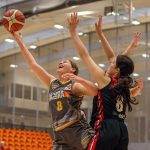 CAPITAL Swish have kick-started their 2020 New Zealand National Basketball League (NZNBL) 18IN18 season on the right note with a 13-point victory over Canterbury Wildcats last night. The Wildcats were handed their second consecutive loss on the weekend following their defeat at the hands of Auckland Dream the night before, and despite a strong first half, were overrun by a fresh Swish outfit as the side got up 55-42.

Capital Swish started the game on fire with Maia Jean Watene scoring the first points of the game, and after a couple of misses from the Wildcats, Sariah Penese made good on two free throws. Brittany Richards returned the favour from the charity stripe not long after to get her team on the board, before Watene and Paris Lokotui pushed the margin out to five in the first half of the quarter.

Terai-Ma-Teata Elia stepped up at a crucial point with five points in the space of 19 seconds to level the match at the four and a half minute mark, before Emily Knight and Katherine Jones helped it become a 9-0 run in favour of the Wildcats. Letava Whippy soon ended that run with a triple to cut the deficit to one point, then Lokotui and Te Huinga Selby-Rickit scored in the final 80 seconds to give the Swish a three-point lead at the break.

Richards scored an important basket in the opening minute of the second term, but Selby-Rickit quickly countered that with a jump shot of her own. The teams traded blows and also missed a number of opportunities with defensive pressure mounting. Isabella Luhetoa found her range from outside the arc, tying the scores with just over four minutes into the term. Elia helped her team gain the lead, but it was only four 22 seconds until Penese dropped another triple for the Swish to regain the advantage at 22-21.

Another triple, this time to Grace Simi Vaofusi, had the Swish out to a four-point lead, but the last two baskets of the term, went to the Wildcats and Samia and Knight to be exact. A couple of late turnovers in the final 40 seconds hurt the Swish as the teams headed into the break all-square at 25-25 after a low-scoring half.

Samia was the first out of the blocks in the second half, securing one of two free throws for her Wildcats team to edge ahead, but Whippy and Penese quickly added points to go a basket up. The lead grew to four until Luhetoa sank a triple midway through the quarter to draw within a point again, but the Swish answered through Whippy and Selby-Rickit to go out to a five-point lead.

A successful free throw and lay up from Samia cut the deficit to two with just under four minutes on the clock, but back-to-back baskets from Penese and Whippy extended it back out to the largest margin of the game with a six-point advantage. Luhetoa put up a triple with 19 seconds on the clock to draw within three, and it looked to be the last basket of the game, before a sensational buzzer beater by Lokotui gave the Swish a five-point lead at the last break, and most importantly the confidence to go on with it.

Lokotui and Watene both made successful two-pointers either side of a Samaia triple after an opening first few minutes that yielded no scores. By the mid-part of the term, the game looked over as Vaofusi and Taulelei successfully hit a combined five points and the lead had blown out to 11, and while Richards and Elia tried their best late in the contest, the work of Lokotui and Selby-Rickit was too much, as the pair combined for their team’s runaway win, 55-42.

The teams were fairly even, but as the tale of the tape has suggested the last couple of nights, the more accurate team got up with the Swish having one less attempt from the field, but making 22 baskets compared to 16, and recording higher numbers from inside and outside the arc. They also led the rebounds (52-48), assists (13-9), blocks (3-1) and second chance points (12-6), though the Wildcats had one more steal (13-12) and one less turnover (21-22).

For the Wildcats, Samia hit 11 points, three rebounds and two steals, while Elia was the standout player on the losing side thanks to nine points, 13 rebounds and four steals. Shea Crotty did not hit one of her six field goal attempts, but she did pick up seven rebounds, three assists and five steals, while Richards finished with seven points and seven rebounds. Coming off the bench, Luhetoa had nine points and three rebounds, while Knight helped herself to four points and six rebounds.

Capital Swish back up tonight’s performance against Harbour Breeze tomorrow night, while the Wildcats now will look to turn around their 0-2 start to the season in their next match against Waikato Wizards who also lost their first match, when the teams face off on Wednesday, November 25. 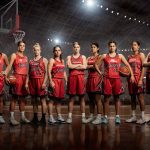