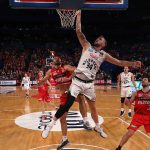 IT is a tale as old as time with Perth Wildcats and Melbourne United once again set to lock horns in the National Basketball League (NBL) Grand Final. Game 1 and 2 will be played at RAC Arena given the current COVID-19 restrictions in place in Victoria with the hopes of Game 3 to be played back in Melbourne.

Taking out top spot on the ladder three games clear of Perth, United will be hoping to bring that same level of intensity when they enter the fortress that is RAC Arena on Friday night. The two teams have faced off five times this season with United securing three of those victories to give them the edge heading into the grand final series. However with a home crowd behind them and an uncanny ability to do the unthinkable Perth are not without a real chance here. The Wildcats are not back-to-back premiers for no reason with their ability to come from the ashes and steal a win one of their specialities meaning United will have to be on their a-game.

The two sides met only a couple of years ago in the 2018/19 grand finals series where the Wildcats claimed victory in four games a feat that United will be hoping to reverse. An early win here in enemy territory could really shape a title push for Melbourne. But if Perth are able to apply the early pressure then it could make life hard for the visitors who are on the hunt for their first premiership since 2018.

Both sides were put through the wringer to make it to the grand final forced to three games in their respective semi-finals series. Perth was faced with Illawarra Hawks who turned their 2020 campaign well and truly around from bottom of the table to third while United had to come from behind in Game 3 to topple South East Melbourne Phoenix. But now heading into this clash it will be battle to see which playmakers can step up to the plate and lead the charge. Both sides are littered with classy figures that are no strangers to the big stage but it will be their ability to withstand the pressure and play composed basketball that will be the real difference.

Perth has been missing Bryce Cotton and he is an integral member in their side given his capacity to bob up at any given time and attack the rim or dish off dimes. Without him expect John Mooney to up the ante. Mooney is coming off a 16 point and 15 rebound game with the bigman proving to be a menace up either end of the court with 13 of those 15 rebounds defensive. Todd Blanchfield has been resurgent this season with his attacking manner and imposing style of play allowing him to impact the scoreboard as seen through his 24 points last game and season average of 15 points. Mitch Norton is another one the Wildcats will be hoping continues his hot run of form while Jesse Wagstaff is a real heart and soul player that can inspire his team when needed.

Looking at United and after a milestone game last round Chris Goulding will be wanting to continue his careers upwards trajectory. In his 351st game, the captain will be hoping to find his range nice and early from beyond the arc to send off a real warning shot to the Wildcats. Goulding averages 15.4 points a game along with 2.6 rebounds and 2.2 assists. Another real livewire for United is Jock Landale with the star recruit showcasing his attacking prowess last game to drag his side over the line. Landale leads the way for United with 16.6 points, 7.6 rebounds and 2.3 assists to his name making him a concern for the Wildcats. Throw in the likes of Scotty Hopson with 12.3 points and 3.6 rebounds each time he steps out on the court plus the reliability of Mitch McCarron and United have their fair share of power players. Yudai Baba is known for his ability to chime in while Jo Lual-Acuil is also having an impressive season making for an enticing battle. 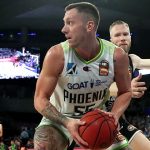 The two sides have a rich history despite the Phoenix only entering the competition last year, with a healthy rivalry between the cross-town rivals brewing with each and every game. This series will be no different with the growing tussle between the two sides sure to make for great viewing. With Victoria out of action due to the ongoing COVID-19 lockdowns in place the match between United and the Phoenix will be played at Qudos Bank Arena in Sydney.

United have been top of the ladder for majority of the season racking up 28 wins and only dropping eight games while for the Phoenix they registered 19 wins and 17 losses. The Phoenix had a rough finish to the season with Brisbane Bullets finishing on 19 wins too but South East Melbourne’s percentage fractionally better gifting them their first shot at playoffs. United have only lost one of their past five games while it is a different story for the Phoenix who just snuck into the top four. South East Melbourne have struggled to put their best foot forward in their past five outings dropping three out of five games but finals are a completely different ball game and one United have always struggled with in the past. Often known as the bridesmaids when it comes to NBL history, Melbourne United will be hoping to open their account with a strong win and edge one step closer to that all-elusive premiership.

There is no denying that Jock Landale has been revelation since joining Melbourne United with the star showing what he is capable on the big stage. Landale averages 16.4 points a game along with 7.89 rebounds and 2.37 assists. There is no going past Chris Goulding with the veteran a steady and calm head for the side with his ability to control the tempo and step up to the plate when necessary. Goulding averages 15.67 points a game plus 2.6 rebounds and 2.27 assists. Jo Lual-Acuil is having a season to remember with the bigman imposing himself off the bench with his 9.69 points and 5.66 rebounds while Mitch McCarron has been a pillar of consistency and will need to deliver to give United an edge. Throw in the likes of Scotty Hopson and Yudai Baba and United have a plethora of scoring options.

When looking at the Phoenix there is no shortage of superstars with Mitch Creek, Keifer Sykes and Ryan Broekhoff all impressive candidates. Creek has been a lynchpin in the side able to rally the troops or carry the side on his back to victory averaging 18 points, 6.41 rebounds and 3.62 assists a game. Sykes is another force to be reckoned with registering 14.04 points and 5.29 assists while Broekhoff is yet to reach the peak of his powers putting up numbers of 7.56 points and 3.5 rebounds. Kyle Adnam has upped the ante in season 2021 producing impressive numbers thanks to his average of 12.61 points and 3.64 assists. The Phoenix will need the likes of Cameron Gliddon, Yannick Wetzell and Ben Moore to find their groove if they are to get over the line.