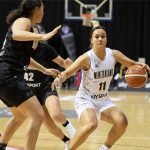 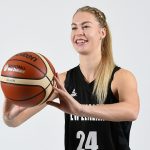 OTAGO Gold Rush are gearing up for the New Zealand National Basketball League (NZNBL) Sal’s NBL 18IN18 competition which commences next week, after somewhat of an interrupted year given the COVID-19 pandemic. Despite the delayed start to the season, General Manager Peter Drew explained that the players have been preparing for this moment all year and are excited to finally get out on court.

“The Gold Rush players are absolutely pumped for the 18in18. They’ve been training virtually every week since February, and for much of the year they weren’t sure if they would even get to play in 2020,” he said.

Drawing inspiration from the men’s side which reigned supreme in the NZNBL earlier in the year, Drew is excited about what his side could produce in the upcoming competition.

“They watched their male counterparts the Nuggets go on their incredible Sals NBL championship winning comeback to the NZNBL which inspired basketballers right across Otago, and really inspired the Gold Rush players to want to have their opportunity of trying to do similar. Now they have that chance and they are absolutely pumped for it,” he said.

Although excited to take the court, there is somewhat of a downside for having a postponed season with a number of the Gold Rush players at university and now having to manage their basketball schedule in terms of trainings and games along with their studies. However, they are determined to not let that get in the way of achieving their goals and playing some good basketball.

“We’ve been training all year, however 70 per cent of our team are university students and therefore many in the team are juggling NBL training with exams at the moment,” Drew said. “So that’s been a little tricky but we’re making the best of it. The group has come together really well and we’ll be ready to go full throttle in Auckland.”

There is no denying that it is an extremely heavy workload having to play 18 games in 18 days throwing up a number of problems in relation to player management and game plans, but that is something Drew has already taken into account, ahead of the upcoming season.

“This is a unique playing experience for the team and we’ve embraced the challenges that come with something that is different and challenging, but exciting. We have to do three separate trips from the south of NZ up to Auckland with Gold Rush players having to fly in from Dunedin, Invercargill, and Queenstown. Each time we fly in, our first game is on the same day we fly in,” Drew said.

“So we need to be ready to adapt immediately to a new playing environment, we need to get our eating plans carefully planned out in advance, get our travel timings planned between the hotel and stadium, and make sure we recover well after the game so that we can back up and play hard again the next day. It’s challenging, but we embrace that and are planning well for it.”

Not only is travel a huge factor to consider, but when building the team Drew also had to weigh up factors surrounding personnel to ensure that he could build a team that would be able to withstand the rigours of travel and frequent court time, which is no easy feat.

“As an example, one of our players has put herself onto night shift in order to be able to get enough travel time. Some of our students have also decided to put their summer jobs on hold for a couple of weeks after exams finish so that they can take part in this unique opportunity. That is a significant financial sacrifice for them. So you can see how much it means to these players. They really want to be a part of this as it’s something that is special, unique, and ground-breaking for Women’s basketball in NZ.”

In terms of on court strengths, Drew highlighted that while Otago might not be a “team of superstars” their strengths lie with their speed and ability to “defend strongly.” He also touted the expertise of coach Gavin Briggs when it comes to executing a game plan and finding that “balance of youth and experience.”

Speaking of experience, it would be remiss not to acknowledge Tall Fern Zoe Richards who is set to suit up for Otago, while Drew also made mention of a couple of other exciting prospects preparing to take the court.

“In terms of experience and level of play, we have Zoe Richards who is a current Tall Fern, we have Lisa Wallbutton who has previously had a successful 10 year career with the Tall Ferns and is making a playing comeback this season, and we have Hayley Gray who was previously captain of the Canterbury Wildcats for back to back titles several years ago,” he said.

Although not willing to give away too much, when it came to divulging their game plan, Drew made it clear that Otago’s main goal is to “develop and refine [their] team plays and strategies.” On a personal level, Drew is determined to set high standards for the club and of course create a winning culture at Otago.

“We want to have a Gold Rush team that hopefully can win, but if they do lose, they are a team that makes it as difficult as possible for the opposition to beat them,” he said.

“Of course winning games is important to us up in Auckland, but really we just want to build this team and make them better, with an eye towards 2021 and 2022 for this team to hopefully really develop and reach its potential. We also want to set standards back in Otago for how we train and play so that young girls coming through can see that and become a part of a really positive and professional basketball culture.”

Given the condensed season there are only five games prior to the play-offs meaning the Gold Rush will have to put their best foot forward from the moment they step on the court if they are any chance to push for a finals tilt. With this in mind, it is very much a defence wins premierships mindset for the Gold Rush who are eager to get the season underway and show what they are capable of. 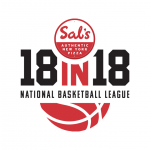 SIX teams, 18 games, 18 days. That is what confronts the competitors in the 2020 Sal’s Women’s New Zealand National Basketball League (NZNBL) next month. Much like the men’s competition that was held across June and July, the women’s competition is condensed to ensure it happened in this strangest of calendar years.

Much like the men’s competition, every game will be held in one city at the same venue, with 18 days straight of basketball action. Six teams from across New Zealand will battle it out for ultimate glory, playing each of the other sides five times – for 15 regular season games – followed by two semis and one final.

The season tip-off is on Thursday, November 17 and will run until the December 6 Grand Final. Every match will begin at 7.30pm for 17 consecutive nights until the grand final where the two best teams from the season will face off from 5pm. Every game will be broadcast live on Sky Sport.

NZNBL General Manager Justin Nelson said he was looking forward to another epic competition just like the men’s.

“It’s going to be a fun few weeks, all six teams have been training for some time now and they’re keen to get back out there and battle for a national championship,” he said on the NZNBL website. “It feels like we have been held up from starting the season a couple of times now, so it’s exciting we can finally get going. We are very appreciative of our partners, Sal’s and their supportive team, our friends at Sky Sport, and of course a big thank you to Sport NZ for their assistance.”