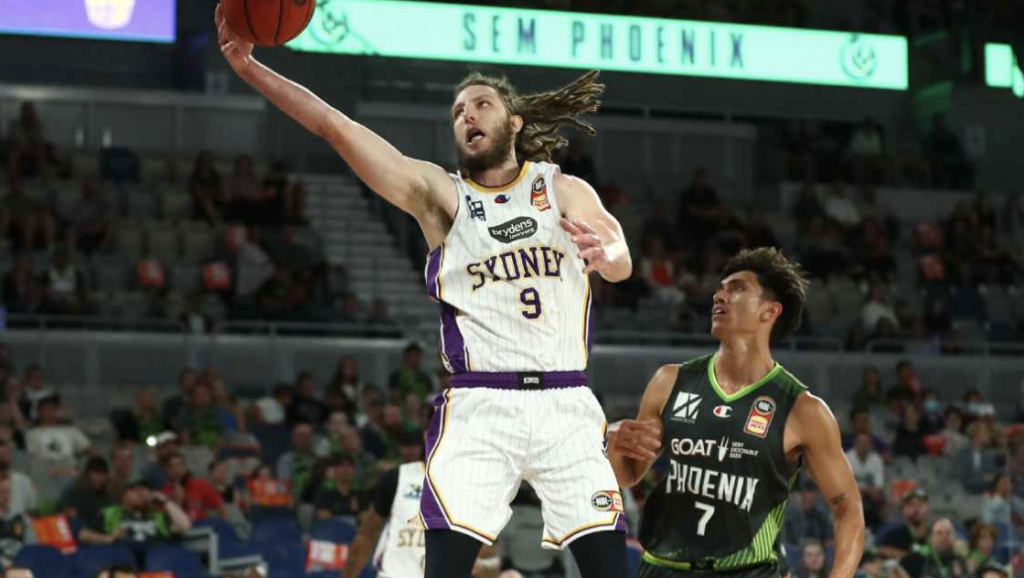 IN a battle of two mid-table teams the Sydney Kings reigned supreme after quelling the South East Melbourne Phoenix last night at John Cain Arena, 91-85, edging closer to the top of the NBL Cup standings and silencing the home crowd in the process.

Surprisingly given that these two teams had not faced off with each other yet this season, both sides kept their opponent’s offenses relatively harmless throughout the opening term with neither squad able to score 20 points. But at the end of the first 10 minutes, after a put back Brad Newley dunk to give his side momentum the Kings led 19-14.

Bouncing back from a sluggish first quarter, the Phoenix hit back hard with a 33-24 second term and led at half time 47-43 as a result, while Mitchell Creek found some of his rhythm leading into the main break.

The seesawing trend of one-sided quarters followed the Kings and the Phoenix into the second half with Sydney outscoring South East Melbourne by 12 points and re-establishing the lead for the first time since the start of the second period, leading 73-65 at three-quarter time.

But Simon Mitchell had a few hidden cards up his sleeve and New Zealand would be the common denominator. The production rate of Yanni Wetzell, Izayah Mauriohooho-Le’afa and Reuben Te Rangi would skyrocket in the second half and it proved to be one of the most important events of the game.

However, with the Phoenix’s supporting cast trying their best to get their side back into the contest in the fourth, Sydney were too well-rounded in the long run and more specifically in the paint as the Kings’ frontcourt were well versed in converting from in close.

Ultimately after 40 minutes capped off by solid second halves from Dejan Vasiljevic and Casper Ware, Sydney emerged triumphant in their first clash against the Phoenix of NBL21 by six points and have now pushed closer to the top of the NBL Cup standings.

Sydney was superior in multiple facets in the game, most noticeably their 52 per cent shooting from the field. It was one of their most accurate nights to date in NBL21 as it dwarfed South East Melbourne’s 41 per cent conversion rate. The Kings’ plus-seven on the boards (41-34 in rebounding) and the 14 assists were also major boosters in their win, despite turning the ball over 18 times. While the Phoenix led in second chance points and points scored from forced turnovers, it was not enough to get themselves over the line in front of the home crowd.

Vasiljevic has on numerous occasions led the Kings in scoring during his rookie NBL season, and last night was no different with the 23-year-old pulling together 19 points and four rebounds in the win. Furthermore, Jordan Hunter was also instrumental, scoring 15 and also securing four rebounds, whereas Ware and Shaun Bruce waltzed away with double digits for scoring putting up 11 and 10 points respectively. Off the bench with 13 points and six rebounds was Newley, who has had nothing short of an eventful season to this point.

The Phoenix will compete in Wednesday’s closer against Melbourne United in the hotly contested Throwdown, whereas Sydney will get five days to recover for their derby game as well against the Illawarra Hawks on Thursday, who still remain a formidable side.