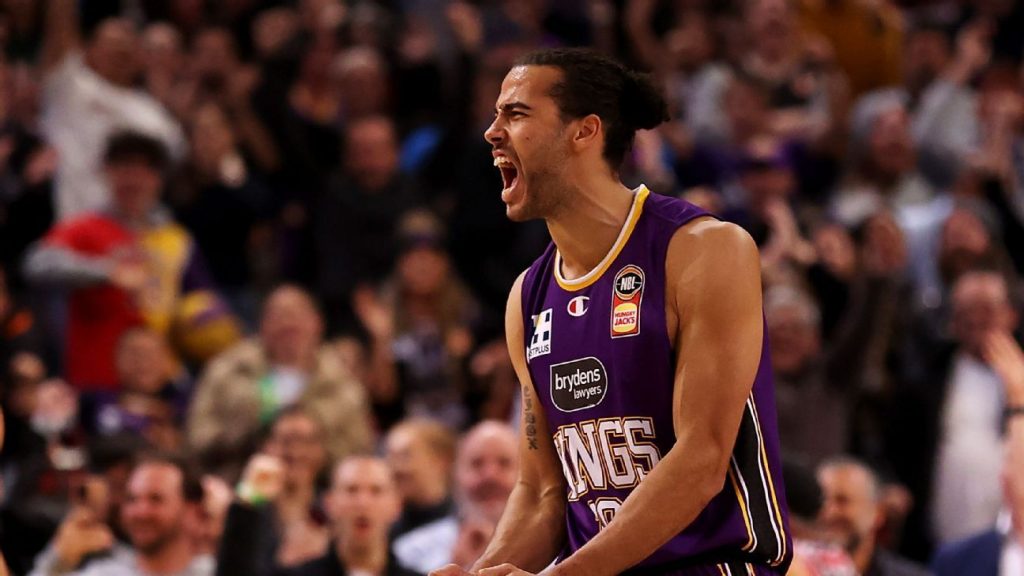 THE race to finals continues to heat up and the Sydney Kings have managed to keep their slim chances alive with a thrilling win over Brisbane Bullets, to end the latters’ hopes of making it into the top four (83-82). The Bullets had their opportunities to seal the deal but the Kings found a way to dig deep and ride out the game thanks to Shaun Bruce.

It was a fast paced opening term as both sides proved they had a lot to play for. Daniel Kickert found his range nice and early for the Kings, showcasing his skill from downtown but Nathan Sobey and his Bullets were not about to lie down. Sobey was involved in just about everything to start the game, as was BJ Johnson as they controlled proceedings on the scoreboard. The Bullets established a handy lead piling on 24 points while keeping the kings to 17.

Brisbane maintained that level of composure and intensity for the opening minutes of the second term as Johnson and Lamar Patterson poured on the scoreboard pressure. They simply could not be denied and appeared to have the game well and truly on their terms with the lead extending to as much as 11 points as Tyrell Harrison also found himself in the action. But the Kings were not about to let the game slip away from them. a couple of substitutions from the Bullets gifted the Kings with a chance to pounce and they did as Xavier Cooks landed a handy jump shot then showcased his defensive traits with a strong rebound.

The wheels started to really turn as Jarell Martin made important back-to-back triples and all of a sudden the margin was back to three points. But it did not stop there as the Kings really started to rally and put a halt to the Bullets’ scoring and got down to business themselves with Casper Ware levelling the scores. Brad Newley impressed with his composure and execution to steal the lead and set the wheels in motion for Sydney.

Holding a five point lead at half time the Kings continued their merry way to keep the scoreboard pressure on extending to an eight point lead. Sobey was called for an un-sportsmanlike foul  against Ware and things went from bad to worse as the Bullets looked down and out. Kickert was proving to be a real thorn in the Bullets’ side as was Newley with the two experienced heads leading the charge as the home side got out to a solid 12 point lead at the final break.

With it all to play for in the final quarter the Bullets came out with a renewed sense of fight and desperation. Piling on nine points straight to open the quarter Brisbane proved they were here for the long-haul and were not about to let Sydney have it all their own way. They continued to push with Johnson making his presence felt with a huge dunk with less than 90 seconds left on the clock. His shot stole the lead for the Bullets but the Kings answered the call as Bruce converted his free throws to wrestle back the lead with 14 seconds left on the clock. It was a heart in your mouth finish as the ball changed hands time and time again as Jason Cadee let the ball trickle over the sideline and Ware gave off a foul but Johnson was unable to ice the cake as Sydney snuck home with a win.

Martin was a force to be reckoned with piling on 28 points at 61 per cent from the field and six rebounds. Ware was strong with his 14 points, three rebounds and three assists as Cooks also impacted the game with his nine points, seven rebounds and five assists. Kickert also chimed in with a handy 10 points and three assists. For the Bullets, Sobey was the topscorer thanks to his 22 points, eight rebounds and eight assists as Johnson got busy with his 17 points. Patterson also contributed a handy 15 points and five rebounds in the loss.

The win sees the Kings finish on the same points as South East Melbourne Phoenix and while they have all but secured the fourth spot there is still hope given the Phoenix will have to take on the Bullets. If Brisbane are able to win comprehensively against the Phoenix and their percentage suffers then the Kings could overtake their Melbourne counterparts and sneak into the top four, making for a couple of stressful days for Sydney while they await their fortunes.