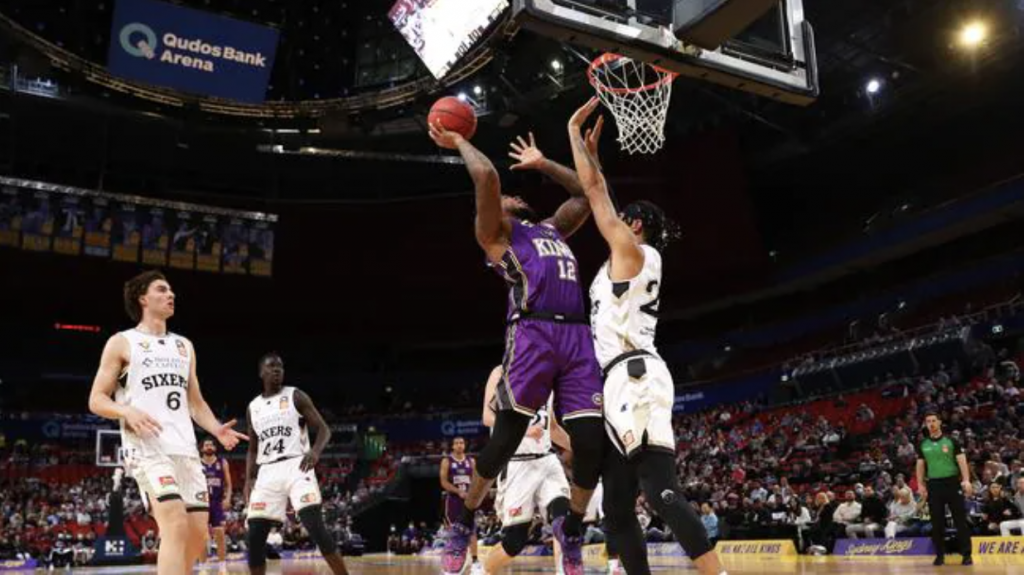 WITH the National Basketball League (NBL) season done and dusted we take a look at the performance of each team and how they fared in season 2021. The next team under the microscope is 2020 grand finalists Sydney Kings.

Similar to the Bullets, it was a season of “what if?”s for the Sydney Kings who left their run just a little too late, ultimately missing out on finals. After making the grand final last season the Kings were unable to replicate that same level of form with a number of key injuries plaguing their side and pushing them onto the back foot.

The finals race went right down to the wire as the Kings kept the door ever so slightly ajar with fans and players alike hoping that there was a chance they could make it. A slow start to the season put them on the back foot while a couple of big injuries also stopped them in their tracks. Throw in their inability to rely on their dominant scorers and it was an up and down season for the Kings.

It was only percentage that separated the Kings from finals and fifth spot but unfortunately for them they were unable to get over the line and missed their chance to fight it out for the coveted title. The Kings finished with a 19-17 record, the same as South East Melbourne Phoenix, showcasing just how close they were to competing but simply could not finish it off.

Sydney were faced with the Taipans in their opening match and while they did not get off to the start they would have hoped for, they redeemed themselves the following round to even the ledger. Little did fans know that this start was going to indicate the pattern for the rest of the season as the Kings struggled to find consistency or notch up consecutive wins. Every time Sydney started to generate any form of winning momentum they would be brought to a halt whether it be with injury or a surprise loss which kept them teetering on the edge of the top four rather than deep inside.

Although they did not make finals there are still plenty of positives to take out of the season for the Kings as the Sydney side bled up a number of young players given the number of injuries the side sustained. One main player that took his game to a whole new level was Dejan Vasiljevic who was tipped to take out the Rookie of the Year prior to his season-ending injury. Vasiljevic averaged an impressive 16.1 points, 1.9 assists and 3.75 rebounds a game highlighting his ability to have an impact at both ends of the court.

The Kings as a whole averaged 87 points per game, the fourth most of any side in the competition, even beating the likes of Illawarra who finished in third spot proving scoring was no issue. With Casper Ware at their disposal and both Jarell Martin and Vasiljevic when fully fit, the Kings had no shortage of options. The combination of Ware (17.67 points, 4.44 assists and 3.25 rebounds) and Martin (17.93 points, seven rebounds and 1.11 assist) was almost impossible to stop when the two got up and running.

There was a very dark injury cloud hanging over the Sydney Kings for the best part of the season. they simply could not retain a fit roster with a number of important players being struck down by lengthy injuries. Xavier Cooks only managed the eight games for the season as he recovered from a foot injury while the experienced head in Daniel Kickert also succumbed to injury. Angus Glover was another one that fell to injury, doing his fourth anterior cruciate ligament (ACL). But arguably the biggest blow to the Kings campaign was that of Didi Louzada and Vasiljevic who ruptured his Achilles, ending his season on the spot.

While personnel was an undeniable issue for the Kings who had been riddled with injuries another concern for the side was the number of points they conceded. Sydney allowed their opponents to average 86 points a game the fifth most of anyone in the competition.

Ware was always going to be a front-runner for the Sydney Kings MVP and rightfully was awarded the side’s top honour after another consistent season. With players falling all around him, Ware was the one that stood up to the plate time and time again and even recorded a career-high 40 points against the Taipans.

A number of key cogs have already signed on for next season with Australian Boomers representative Cooks signing on to stay with the purple and gold for another year. Cooks had limited court time throughout the season due to injury, only playing eight games, but his experience, class and star power will be handy to have as the side looks to rekindle its dominant form.

New Zealander Tom Vodanovich has recommitted to the club. Joining the side as a replacement player in January, Vodanovich was a quiet achiever for the side, able to come on and have an impact and will be eager to continue his development further next season. He joins the likes of Martin who had a breakout season in 2021 along with Jordan Hunter, Shaun Bruce, Vasiljevic, Glover and Bilwali Bayles.

There are changes aplenty in terms of coaches for the Sydney Kings as they look to unlock a new realm of basketball. Chase Buford has been appointed as the new head coach for the club and has a deep family history of NBA success which he will be hoping to bring over to the Kings.

With a strong core of players already committed for next season the Kings will be hoping to up the ante and make finals. However they will be without the services of James Duncan with the former lead assistant coach trading sides to become the new head coach for the Bullets. With a host of players on the mend from injury it will be exciting to see if they are able to go to the next level with Cooks averaging 10.25 points, 5.13 rebounds and a block per game despite not being able to complete a full pre-season.