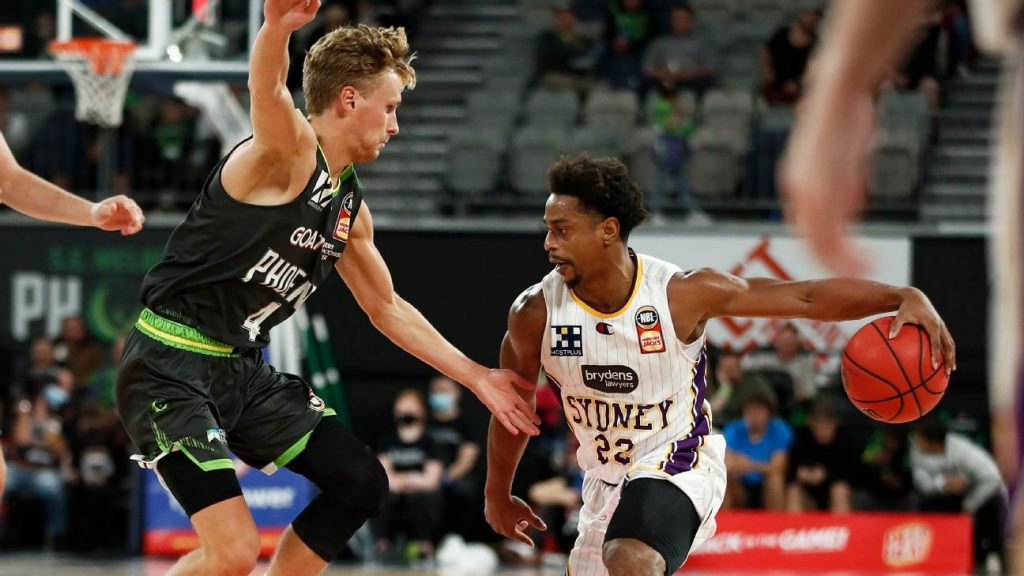 THE opening game of Round 15 saw the Sydney Kings topple South East Melbourne Phoenix in convincing fashion (101-81). The Kings seem to be South East Melbourne’s bogey team with the Phoenix dropping seven of the past eight games against Sydney. The 21-point win for the Kings also had ladder ramifications as they leapfrogged their opponents to secure third spot on the table.

This win was done without the services of Dejan Vasiljevic and Didi Louzada who will miss the remainder of the season while the return dates for Xavier Cooks and Angus Glover are unknown. But nevertheless, the Kings found a way to win and that was made clear from the first buzzer. It was all one way traffic with the Kings getting the points on the board early and building that buffer as the game went on. Sydney quite literally burst out of the gates piling on seven points to nothing as it took the Phoenix over four minutes to find their first basket. Things started to even out a little bit more for the Phoenix but they still went into the quarter time break down by five points.

Mitch Creek was the main playmaker in the second term, dictating the tempo of the game and finding his range for the Phoenix. He led all-comers at half time, sinking 17 points with seven from 10 in a strong showing of grit and determination to will his side back into the contest. But while Creek was a force to be reckoned with Jordan Hunter proved anything that you can do, I can do better. His overall strength and sheer presence was enough to cause headaches across the court as he produced eight points and seven rebounds all before halftime. The Phoenix had their fair share of chances but simply could not capitalise, turning the ball over 11 times and while they outscored the Kings (19-17) still faces a three-point deficit at the main break.

Within touching distance at half time, the Phoenix were quickly blown out of the water by a rampaging Sydney side who were determined to notch up another win. The Phoenix were struggling to produce at a high efficiency with Cameron Gliddon and Ben Moore both unable to find the net with great ease. Conversely, Kings’ Craig Moller was offering a steady stream of points in the absence of Louzada. Sydney increased not only the defensive pressure but so too the offensive output as they piled on 35 points to a mere 14 to extend the lead to a whopping 24 points at the final change.

The final term ended in favour of the Phoenix given they dropped 32 points to 28 thanks to some impressive shooting from Creek and a turn of fortunes from Gliddon nailing three triples in a row but it was not enough to overturn the result. A poor third quarter really came back to bite the Melbourne-based side as they could not do enough to trouble the scoreboard with the likes of Casper Ware continuing his scintillating form.

Creek topscored coming off the bench for the Phoenix, slotting 29 points at 66 per cent from the field while also securing three rebounds. Gliddon’s dominance from range pushed his total to 16 points as he also ran away with two steals and three rebounds. Kyle Adnam continued his merry way sinking 13 points and racking up five assists as Yannick Wetzell also made his presence felt with 12 points, though at a lowly 33 per cent.

The Kings had multiple points scorers with none more prominent than Hunter and Ware with 19 apiece. It did not stop there for the highly talented center in Hunter as he produced a double-double credit to a 10-rebound effort. Ware showed danger signs early but was well kept, yet still got busy with his five rebounds and five assists. They were ably supported by Moller with 11 points and eight rebounds while Jarrell Martin had an impact off the bench falling just short of a double-double with 11 points and nine rebounds. Shaun Bruce and Brad Newley also chimed in for a handy eight points each to keep the scoreboard ticking over and secure the win.