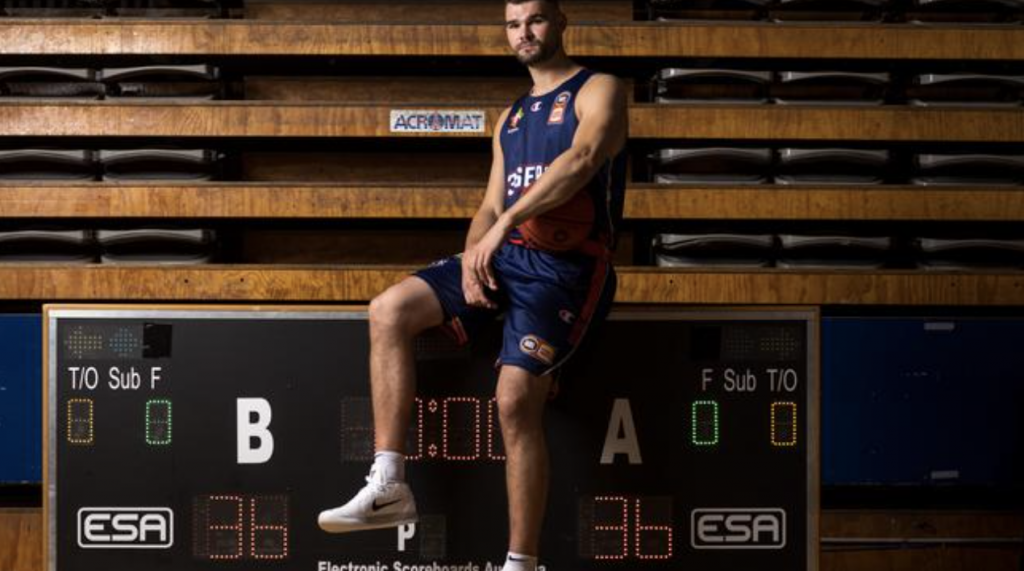 IT has been just under two weeks since former NBA player and 23-year-old superstar Isaac Humphries sustained an injury to his left foot back in NBL21 Round 7 against the New Zealand Breakers. But to-date, the Adelaide 36ers have had mixed results since the forced departure of their talented bigman.

Because of these results – which include two losses and a win – many have been left to wonder as to how much damage could potentially be done to Adelaide’s win-loss record and position on the standings, ahead of Humphries’ much-anticipated return to the line-up in a few weeks.

It is obvious that the 36ers’ frontcourt presence will be hindered for the duration of Humphries’ injury, but people sometimes forget just how effective the former Atlanta Hawk really is. Averaging over 15 points per game and a field goal percentage of 60, Humphries ranks amongst the top 20 in the NBL when it comes to scoring and second within the 36ers, trailing behind only Daniel Johnson, who is averaging a mammoth quantity of 20.2 points per contest.

Humphries has kept himself busy on the boards with an exceptional average of eight rebounds – the fourth highest in the league – which has often resulted in the frequent combination of the two statistics as the former Kentucky Wildcat has totalled four double-doubles to this point in the season. Further adding to his defensive output, Humphries also leads the competition in blocks per game, and is the only player averaging three blocks or more across the nine teams in the competition.

After reading his litany of accolades, one can objectively state that not only has Humphries been a valuable asset to Adelaide 36ers Head Coach Conner Henry so far in his returning season since playing for the Kings back in 2017/18, but a consistent one as well. That being said, that value now presents the major problem of filling the void that Humphries has left behind.

In the three games that the 36ers have competed in since the injury, there have been a number of individuals that have attempted to pick up what Humphries had left behind in terms of output, not including the horrendous performance given against the Breakers in Round 7.

Despite losing to the Illawarra Hawks in the first of their two Round 8 clashes, 89-98, there were numerous individual that filled up the box score at the conclusion of 40 minutes. Most noticeably, it was not a forward or center that came into the limelight, but rather import Tony Crocker, who has had a rather dry run of scoring in recent outings. Nevertheless, the American came away with 23 points, while Josh Giddey continued his good run of form with 14 points, nine assists and six rebounds.

In the loss to the Hawks, it was evident that without his running mate, Johnson struggled to finish off his opponents as per usual. While the starting center scored 17 points, Humphries’ replacement Keanu Pinder had a rather absent performance, which ultimately compounded Adelaide’s failures on the night.

The Sixers bounced back two days later to knock over the Cairns Taipans to conclude Round 8, but it required the sizeable 30-point and nine-rebound from Johnson on the night. Surprisingly though, in their win over the Queensland side it marked the second consecutive game where Jack McVeigh showed out for his team with the 24-year-old securing 14 points on the night, off the back of 16 points in their previous loss to Illawarra.

Moving along to last night’s encounter with the Brisbane Bullets, and it seemed as if Adelaide’s new temporary core unit was firing on all cylinders. Nevertheless, it was the Bullets that emerged triumphant by five points in what was one of the best offensive displays between both sides in a game so far this season, toppling the further struggling 36ers side 109-104.

It was again Johnson (29 points and nine rebounds), Giddey (19 points, 11 assists and seven rebounds) and McVeigh (18 points and eight rebounds) doing most of the heavy lifting, with the help of Sunday Dech (20 points and three rebounds). But it seemed that even with a high-performing offence coupled with Johnson’s efforts down low, Adelaide still could not get enough done to get over the line against a high-calibre team like Brisbane.

On a positive note, after some disappointing results as of late, Adelaide still has many chances and an abundance of time to try and reverse their fortunes for the remainder of the 2021 NBL campaign. Having dropped two games below .500 (seven wins, nine losses), the team’s opponents unfortunately will only get more formidable, with their next two meetings to harbour opponents in Perth Wildcats and the South East Melbourne Phoenix.

There is no defined date for Humphries’ return to the hardcourt, as opposed to the four-to-six-week timeline fans were given at the time of ankle injury. But, given their most recent run of games, it seems that Adelaide’s best option while they wait for their forward’s return is damage control and to acquire wins when they need to, rather than when they want to – which will hopefully prepare them well for a late-season charge.

The 36ers can already look past their NBL Cup aspirations due to the current tournament ladder, as they now share the equal worst record with the Taipans (two wins, five losses), but can hope to improve their regular season situation with a possible eighth win on Sunday night against the Wildcats to close out Round 9.