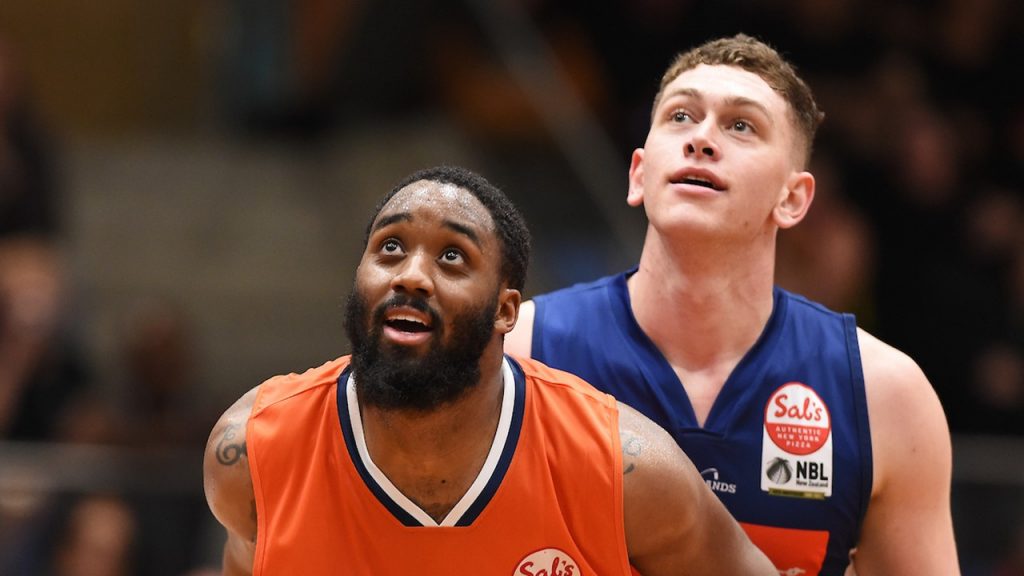 SOUTHLAND Sharks returned to the New Zealand National Basketball League (NZNBL) in style, posting a 19-point win over last year’s wooden spooners, Nelson Giants. The teams were engaged in a tight battle throughout the first half, but eventually the visitors overwhelmed their opponents, smelling blood in the water in the final term to blow out an eight-point advantage at three quarter time to win, 84-65.

The first quarter was neck-and-neck as Giants’ Sam Dempster hit a three-pointer in the opening 13 seconds on the game, which was matched by Sharks’ Dom Kelman-Poto‘s long-range success not long after. There was not much between the teams all term, as a Brayden Inger triple late in the quarter put the lead out to five, before Nicholas Trathen picked up a board off his own floating jump shot to produced a clean layup and cut the Giants’ deficit to three at the first break.

Inger was quick out of the blocks with yet another triple as the long-range makes were hitting their mark, and the Sharks’ ability to counter any two-point response with a triple was building their lead ever so slightly. Five consecutive points from Donte Ingram reduced the deficit to just two points after two minutes in the quarter, but this time it would be back-to-back triples from Toby Gillooly off two assists from Tom Cowie, who punished the home side and the lead was out to a game-high eight points.

Each time the Giants would close in, the Sharks would find a way to keep them at arms-length. Neither team could seemingly score for the midpoint of the quarter, and at one point, there were six consecutive free throws between the sides, and the Giants drew to within two points at the 1:48 mark. The exciting Alonzo Burton quickly put a stop to that with a floating jump shot, but nonetheless the four-point margin at half-time had the teams delicately poised.

The scoring woes continued through the third term, which just 22 combined points scored – 13-9 in favour of the Giants – after there had been 39 points scored in the first and second terms. Similar to the first two quarters, the Giants drew to within three points with two minutes on the clock, but missed chances from the home team saw the Sharks score six of the last seven points to increase the lead out to eight the final change.

The last stanza was counter contrasting to the low-scoring scrap of the third, as the Sharks led loose from the get-go. Aside from a Hunter Hale response in the first 20 seconds, the Sharks piled on 10 of the first 12 points for a 16-point lead by the 8:14 minute mark. From there, they were never headed despite the best efforts of the Giants, as the lead stretched out to its final margin by midway through the term, and even ticked over to the 22 points in the final two minutes. To the Giants credit, they scored seven of the last 11 points, but it would be too little, too late as the damage was done in the first few minutes of the quarter.

In a real even team performance where six players hit double-figure points, Josh Cunningham earned Player of the Match honours with a double-double of 10 points and 11 rebounds. Inger topped the scorers for the Sharks with 15 points, four assists and four rebounds, while Courtney Belger had 14 points, three assists, three rebounds and two steals. Gillooly (12 points, three points), Kelman-Poto (11 points, seven rebounds) and Sione Helu (10 points, two assists) were the others to hit double-figure points.

Southland Sharks play this Friday night against Canterbury Rams back at home at the TSB Bank Arena, while the Giants have an extended break until Round 2 when they lock horns with the Franklin Bulls on Saturday, May 8.